Brian May is an English musician, songwriter, astrophysicist and famous guitarist of ‘Queen’. With his iconic haircut that defies the image of a scientist, he went on to become a legend in the genre of ‘rock’ music, selling more albums than ‘The Beatles’. May picked up the guitar when he was just 7 years old forming his first band in school. It was astonishing for his family and friends at the time who realized his passion for music and science, which worked very well as a combination for him. He then pursued PhD in Astrophysics at Imperial College, London, quitting in between, cashing on the fame garnered by his famous rock band, ‘Queen’. As a part of the band, he composed several tunes and even wrote some very popular songs. With several guitar solos, covers and collaborations with legendary artists, May’s music albums have topped the music charts in the UK and USA. After 30 years, he went back to college to complete his PhD and has also continued to perform live around the world. 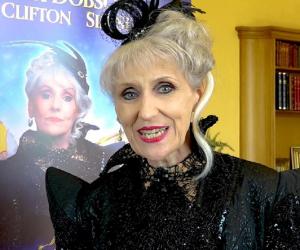 Also Known As: Brian Harold May

children: Emily Ruth May, Jimmy May, Louisa May

Quotes By Brian May Child Prodigies

British People
Guitarists
Lyricists & Songwriters
Hard Rock Singers
British Men
Childhood & Early Life
Born in Hampton, London Brian Harold May was the only child of Harold and Ruth May.
He studied at Hampton Grammar School and formed his first band in 1984, with Tim Staffell.
He completed ten GCE Ordinary Levels and also three A-levels and then joined Imperial College, London, where he pursued a B.Sc. degree in Physics and Mathematics. 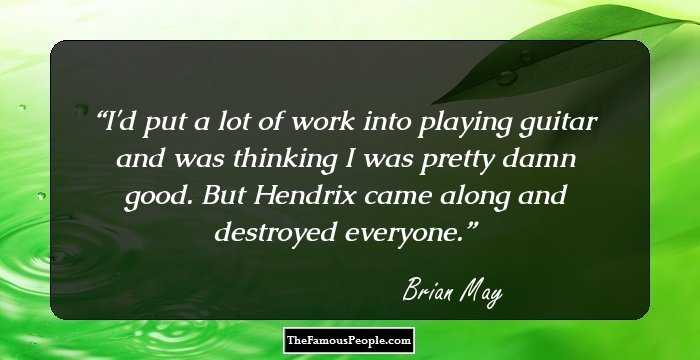 The Sexiest Men Of 2020, Ranked
Career
In 1968, May and Tim Stafell, along with drummer Roger Taylor, formed the band ‘Smile’. The band disbanded in two years with Staffell’s exit.
He and Roger Taylor joined Freddie Mercury and John Deacon, to form the famous British Rock band ‘Queen’ in 1970.
He frequently wrote songs for the band and has also lent his vocals for many songs.
In 1985, the band wrote the song ‘One Vision’ together after the famous ‘Live Aid’ concert.
He then collaborated with Eddie Van Halen to record his first solo work ‘Star Fleet Project’ in 1983. He also played the guitar for Steve Hackett’s album ‘Feedback 86’.
In 1989, he composed ‘I Want It All’ and ‘Scandal’ for the band’s album, ‘The Miracle’. The same year he worked with other bands like ‘Black Sabbath’ and ‘Living In a Box’, playing guitar solos for a song in each of their albums.
After the death of Freddie Mercury in 1991, he dealt with the loss by devoting himself to work and completed his solo album ‘Back to the Light’, which released the following year.
In 1992, he finally formed ‘The Brian May Band’. However, unhappy with the equation between the group members, he replaced many of its members the following year.
In 1995, May had started contributing for film projects and was also working on an album of covers, titled ‘Heroes’.
Continue Reading Below
He appeared as a guest alongside Eddie Clarke for the song, ‘Overkill’ at the Motorhead 25th Anniversary show.
After their announcement of touring with Paul Rodgers in 2004, Brian May and Taylor reunited and the band toured with the name ‘Queen + Paul Rodgers’. The band toured the world for the next two years.
In 2007, he returned to Imperial College London to complete his Ph.D. in astrophysics which he had quit before to pursue his musical dreams.
In 2008, Queen+ Paul Rodgers first solo album ‘The Cosmos Rocks’ was released. Following this, the band did another world tour before splitting the next year.
In 2011, Queen performed with Adam Lambert for MTV Europe Music Awards.The positive response to the performance led Queen and Adam Lambart perform at two shows in London followed by Ukraine and Moscow, in 2012. The same year, Queen performed at the closing ceremony of the Summer Olympics in London. 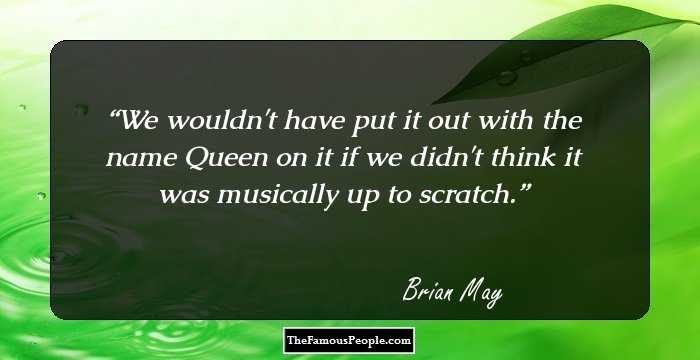 Major Works
Brian May contributed to singles like 'Tie Your Mother Down', 'We Will Rock You', 'Who Wants to Live Forever', 'Hammer to Fall', 'Save Me', 'Fat Bottomed Girls' and 'I Want It All' which changed the face of rock and made him the legendary guitarist he is today.
Awards & Achievements
He collaborated with Elizabeth Lamers, whose music won two Ivor Novello Awards for ‘Best Song Musically & Lyrically’ in 1996.
He was presented the Global Icon Award for ‘Queen’ at the MTV Europe Music Awards in 2011.
In 2011, he also made it to the Rolling Stone magazine's list of the ‘100 Greatest Guitarists of All Time’. 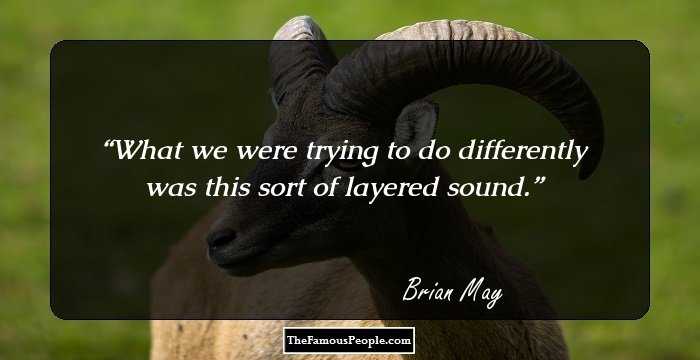 Quotes: Trying
Personal Life & Legacy
He married Chrissie Mullen in 1974 and divorced her in 1988. They have three children - Jimmy, Louisa and Emily Ruth.
It was rumoured that May’s first marriage ended due to his alleged affair with actress Anita Dobson whom he finally married in 2000.
May confessed that he had gone through a period of depression for few years in late 1980s and 1990s due to his sinking personal life. He was so aggrieved and depressed that he even contemplated suicide.
Trivia
This famous guitarist plays with his custom-made electric guitar, the ‘Red Special’.
Recommended Lists:
Musicians #20
Singers #205
You May Like

See the events in life of Brian May in Chronological Order 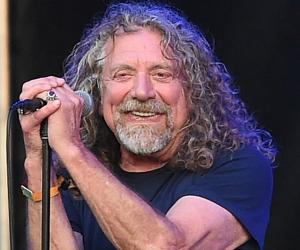