Borge Rosenbaum, popularly known as Victor Borge, was an American comedian, music conductor and pianist who was once called ‘the funniest pianist on earth’ by the Washington Post. He was popularly known for his one-man show called ‘Comedy in Music’, an original Broadway show that set his name in the Guinness Book of Records for being the longest running show in the history of theatre. Borge was famous for entertaining his audience with a unique and queer mixture of comedy and music. He was born in Denmark in a family of musicians and inculcated the love for music since a really young age. He started conducting his concerts as a young man and soon mixed his comic routine with it but during the World War II he had to run away to America where he had to quickly adapt to the American ways and the American humor to make his name in the entertainment business. He became a phenomenon on the television with his ‘The Victor Borge Show’ and the several appearances that he made on the television on shows like ‘Toast of the Town’, ‘Sesame Street’, etc. Borge remained in the entertainment business for 75 years and continued touring 60 times per year even when he was 90 years old. Lucille Ball
Comedians #730
Pianists #266
Conductors #100
DID WE MISS SOMEONE?
CLICK HERE AND TELL US
WE'LL MAKE SURE
THEY'RE HERE A.S.A.P
Quick Facts

American Celebrities
Comedians
Conductors
American Men
Male Pianists
Childhood & Early Life
Victor Borge was born in Copenhagen, Denmark into a Jewish family to Bernhard and Frederikke Rosenbaum. Both his parents were musicians; his mother was a pianist and father a violist in the Royal Danish Orchestra.
Growing up in a musically inclined household meant that Borge was exposed to the idea of it from a very young age and he was given piano lessons from the age of two. By the time he was eight years old, he gave his first piano recital.
Being a prodigy in piano, just like his mother, he was awarded a full scholarship at the Royal Danish Academy of Music in 1918. He was taught by Olivo Krause, Victor Schioler, Liszt’s student Fredric Lamond and Busoni’s student Egon Petri. 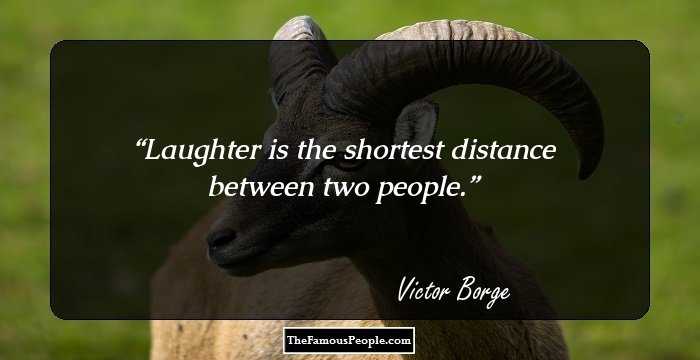 The Hottest Male Celebrities With The Best Abs
Career
In 1926, Borge played his first big concert at the Danish Concert hall’s The Old Fellow’s Lodge building. Within a few years, he started mixing his comic skills with music and started having ‘stand up’ acts, which was a blend of music and jokes.
Borge moved to America in 1940, owing to Nazis occupation of Denmark during World War II. He did not know how to speak in English when he first came to America but quickly learnt the language to adapt his jokes in the American context.
He became a part of Rudy Vallee’s radio show in 1941. Rudy Valle was an American singer, actor, bandleader and entertainer. Soon thereafter Borge was hired by Bing Crosby—an American singer and actor—for his Kraft Music Hall.
In the following years, Borge received recognition for his talent and queer performances of music blended with jokes. He won the Best New Radio Performer of the Year in 1942. He became a big deal in the entertainment industry and started getting film offers.
In 1946, he started getting more and more success and recognition in the industry, majorly because of the success of his show ‘The Victor Borge Show’ on NBC Network. During the time it ran on the television, Borge developed many of his humorous trademarks.
Many times during 1948, Borge on several occasions, joined Ed Sullivan, an entertainer, writer and television host, on his show Toast of the Town, one of the greatest TV variety show of all times. He also became a naturalized US citizen in the same year.
In 1979, Borge founded the American Pianists Association with Julius Bloom and Anthony P Habig. The Association produces two major piano competitions: the Classical Fellowship Awards and the Jazz Fellowship Awards.
From there onwards, Borge became a huge entertainment phenomena in America and was demanded everywhere, which is why he did many tours and shows across the country. He also conducted orchestras with Chicago Symphony Orchestra, Royal Danish Orchestra, etc.
Borge also remained in contact with the television world with appearances on shows like ‘The Electronic Company’, ‘Sesame Street’, ‘The Muppet Show’, ‘What’s My Line?’, etc. He was especially famous amongst young children for his remarkable mix of humor and music. 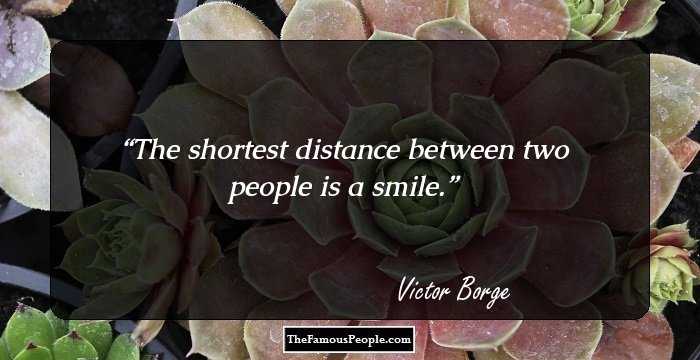 Major Work
His show ‘Comedy in Music’ launched in 1953, at John Golden Theatre in New York City, an original Broadway comedy, became the longest running one-man show in the history of theatre. It gave out a total of 849 performances and entered into the Guinness Book of World Record.
Personal Life & Legacy
Borge got married to Elsie Chilton in 1933 and adopted two children: Ronald and Janet with her but the marriage did not last very long and he again got married to Sarabel Scraper in 1953 and had two children with her: Victor and Frederikke.
Borge died in Greenwich, Connecticut, at the age of 91 in 2000, in his sleep. Half of his ashes are interred at Putnam Cemetery in Greenwich and the other half is in Western Jewish Cemetery, Copenhagen, Denmark. 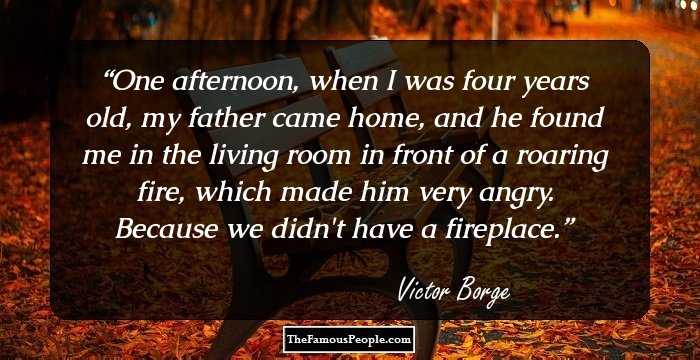 Quotes: Me, Home, Living, I
Trivia
The Royal Danish Orchestra celebrated its 550th anniversary and appointed Borge as an honorary member in 1998.
Recommended Lists:
Musicians #3150
Film & Theater Personalities #10143
You May Like

Quotes By Victor Borge | Quote Of The Day | Top 100 Quotes

See the events in life of Victor Borge in Chronological Order