DID WE MISS SOMEONE?
CLICK HERE AND TELL US
WE'LL MAKE SURE
THEY'RE HERE A.S.A.P
Popularity Index
7010
Actors #123
Comedians #22
Screenwriters #15
Quick Facts

Who is Steve Carell?

Effectively using his distinctive surreal deadpan humor to come up with memorable comedic performances, Steve Carell has established himself as one of the major comedic actors in Hollywood. His debut film was ‘Curly Sue’ and then he managed to appear on TV shows and movies, such as ‘The Dana Carvey Show,’ ‘Over the Top,’ and ‘Suits.’ Eventually, he became one of the correspondents in Comedy Central's ‘The Daily Show.’ It gave him ample opportunity to hone his comedic skills and more significantly, provided him with an opportunity to make it big on the silver screen. The hilarious flick ‘Bruce Almighty’ was a huge success and brought him widespread recognition and more favorable offers. He went on to act in box-office hits, such as ‘Anchorman,’ ‘The 40 Year-Old Virgin,’ ‘Little Miss Sunshine,’ ‘Evan Almighty,’ and ‘Get Smart.’ Throughout this time, he maintained a successful career in television and starred as ‘Michael Scott’ in the existential comedy ‘The Office.’ He left the series to concentrate on his film career and appeared in films, such as ‘Date Night,’ ‘Crazy, Stupid, Love,’ and ‘Seeking a Friend for the End of the World.’
Recommended Lists: Comedians
Screenwriters
American Men
Massachusetts Actors
Childhood & Early Life
Carell was born on August 16, 1962, at ‘Emerson Hospital’ in Concord, Massachusetts, USA, to Edwin A. Carell, an electrical engineer, and Harriet Theresa, a psychiatric nurse. His father is of Italian and German descent, and his mother was of Polish ancestry. The youngest of four siblings, Carell grew up in Acton, Massachusetts.
He was raised as Roman Catholic, and attended various schools, such as ‘Nashoba Brooks School,’ ‘The Fenn School,’ and ‘Middlesex School.’ He played ice hockey while in high school and played the fife with his family members.
He earned his degree from ‘Denison University’ in Granville, Ohio in 1984. Here, he was a member of ‘Burpee's Seedy Theatrical Company,’ a student-run improvisational comedy troupe. 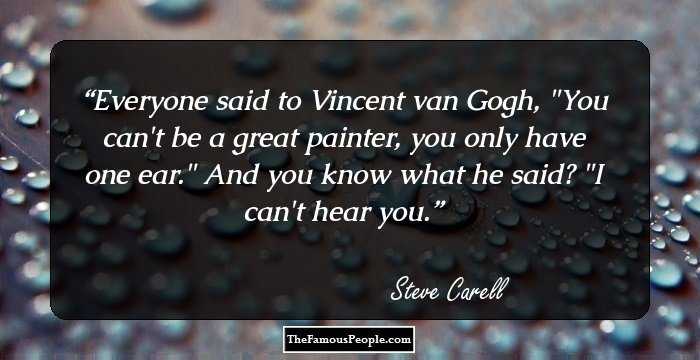 Denison University
Leo Actors
Male Comedians
American Actors
Career
Starting with a touring children's theater company, he went on to perform with the Chicago troupe ‘The Second City.’ In 1991, he made his film debut in a minor role as ‘Tesio’ in ‘Curly Sue.’
‘The Dana Carvey Show’ is credited with building his career as he became part of the 1996 short-lived sketch comedy program which was aired on ‘ABC.’ In the show, Carell voiced ‘Gary’ along with fellow cast member Colbert.
Between 1997 and 2005, he played supporting characters in several series, such as ‘Come to Papa,’ ‘Tim Curry,’ ‘Over the Top,’ ‘Just Shoot Me!,’ and ‘Watching Ellie.’
He was a correspondent for ‘The Daily Show’ from 1999 to 2005.
In 2003, he acted in the film ‘Bruce Almighty’ which starred Jim Carrey as ‘Bruce’ and Morgan Freeman as ‘God.’ He played ‘Evan Baxter,’ the coworker rival of Bruce.
‘Anchorman: The Legend of Ron Burgundy,’ a 2004 comedy film starred Will Ferrell while Carell played ‘Brick Tamland,’ the weatherman for the news team who has a habit of providing unrequested or irrelevant information.
‘Wake Up, Ron Burgundy: The Lost Movie’ (2004) was a sequel to ‘Anchorman: The Legend of Ron Burgundy,’ in which he reprised his role as ‘Brick Tamland.’
In ‘Evan Almighty,’ a 2007 sequel to ‘Bruce Almighty,’ he played Congressman and former local television news anchorman ‘Evan Baxter’ who promises to change the world during his election campaign.
He starred in ‘Dan in Real Life,’ a 2007 American comedy-drama film directed by Peter Hedges. In the film, he played ‘Dan Burns,’ a newspaper advice columnist, a widower, and a controlling father to his children.
Continue Reading Below
In ‘Get Smart,’ a 2008 American spy-fi comedy, he starred as ‘Maxwell ‘Max’ Smart’ who wants to become a real field agent, and successfully fends off plans of killing the United States president.
‘Date Night,’ a 2010 romantic comedy crime film, starred him alongside Tina Fey. It was about a married couple with two children from New Jersey whose domestic life becomes boring and monotonous.
He voiced ‘Gru,’ a super-villain who adopts three girls from an orphanage, in the computer-animated 3D comedy 2010 film ‘Despicable Me.’ In the film, Gru finds it difficult to nurture the girls.
‘Crazy, Stupid, Love,’ a 2011 romantic comedy-drama film, saw him playing ‘Cal Weaver,’ a middle-aged man who learns that his wife Emily (played by Julianne Moore) cheated on him with a co-worker.
‘Hope Springs,’ a 2012 American romantic comedy-drama film directed by David Frankel, starred Carell alongside Meryl Streep and Tommy Lee Jones. Carell received praise for his performance as ‘Dr. Bernard 'Bernie' Feld.’
‘The Incredible Burt Wonderstone,’ a 2013 comedy film follows Las Vegas magician Burt Wonderstone, played by Steve Carell, taking on dangerous street magician Steve Gray, played by Jim Carrey.
From 2014 to 2018, he was cast in films like ‘Alexander and the Terrible, Horrible, No Good, Very Bad Day,’ ‘The Big Short,’ ‘Café Society,’ ‘Despicable Me 3,’ ‘Welcome to Marwen,’ ‘Last Flag Flying,’ and many more.
In 2018, he was cast to play ‘Gary Zimmer’ in the Jon Stewart-directed comedy film ‘Irresistible.’ Apart from Carell, the film also stars Rose Byrne, Chris Cooper, and Mackenzie Davis among many other actors. 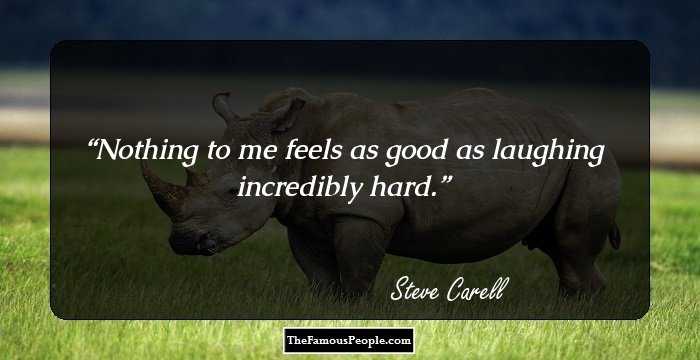 Actors Who Are In Their 50s
American Comedians
American Film & Theater Personalities
Leo Men
Major Works
‘Little Miss Sunshine,’ a 2006 comedy-drama film about a family determined to get their daughter into the finals of a beauty pageant, grossed $100.5 million at the box office. In the film, he played ‘Frank Ginsburg.’
He played ‘Michael Scott,’ the idiosyncratic regional manager in the acclaimed serial ‘The Office,’ which is a mockumentary about typical office workers, their ego clashes, and inappropriate behavior.
Awards
Carrel won the ‘Golden Globe’ for his superb performance in ‘The Office’ in 2006. Two years later, he shared the ‘Screen Actors Guild Award’ for ‘Outstanding Performance by an Ensemble in a Comedy Series.’
He became the recipient of the ‘Teen Choice Award’ for ‘Evan Almighty’ in 2007. The following year, he won the award for the television series ‘The Office.’ 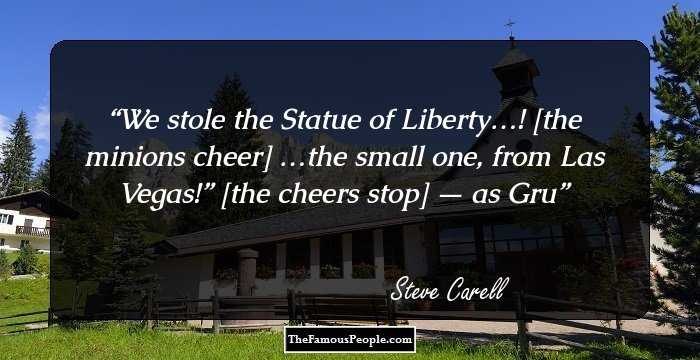 Personal Life & Legacy
Carell is married to Nancy Walls, whom he met when she was a student in an improvisation class where he was teaching. They have two children, Elisabeth Anne and John.
Trivia
He has the rare distinction of being in two movies that opened on the same day in the US – ‘Anchorman: The Legend of Ron Burgundy’ and ‘Sleepover.’
He was once a reporter for ‘The Daily Show.’

Quotes By Steve Carell | Quote Of The Day | Top 100 Quotes

See the events in life of Steve Carell in Chronological Order