Our childhood wouldn’t have been a memorable journey had it not been for books like ‘The Tale of Peter Rabbit’ and ‘The Tale of Benjamin Bunny’, amongst many others. These books that transported us into a world of fantasy were made possible by a self-made, creative genius named Beatrix Potter. This exceptional writer began exploring the world of art and literature from a tender age, when she began maintaining a journal that contained several sketches. She also made entries written in a coded language that she herself had created, and it was later discovered that these were honest accounts of the British lifestyle during that period. Her literary works clearly displayed her love for animals and children alike, since they were written in an easy-going style, revolving around personified pet critters. As a woman who faced the brunt of gender discrimination during her lifetime, she showed immense confidence in her capabilities. Not only did she make a name for herself as an illustrator and writer, she also developed her own theories on fungi, another field that she was deeply passionate about. This revered author proved her mettle in various fields of work, proving what she strongly believed in, "Most people, after one success, are so cringingly afraid of doing less well that they rub all the edge off their subsequent work". Roald Dahl
28th July In History
DID WE MISS SOMEONE?
CLICK HERE AND TELL US
WE'LL MAKE SURE
THEY'RE HERE A.S.A.P
Quick Facts

place of death: Near and Far Sawrey

British Celebrities
Children's Authors
British Women
Leo Writers
Women Writers
Childhood & Early Life
On July 28, 1866, Beatrix Helen Potter was born in Kensington, London, to Rupert William and his wife Helen Leech. Her father was an influential lawyer and also a novice photographer.
The young girl had a brother, Walter Bertram, who was six years younger. Both children were tutored at home by three different teachers; amongst them, Beatrix was fond of Annie Moore, her German teacher, who was not much older than the students.
Both the siblings were extremely fond of animals, with rabbits, porcupines and mice being some of their favourite pets. They always accompanied each other on their holiday trips to the Dalguise settlement in Scotland, and later the Lake District, close to Windermere.
It was during these vacations that Beatrix developed a passion for painting, often illustrating whatever she saw in her surroundings. She also began keeping a journal by the time she turned fourteen, in 1881.
All her thoughts were penned down in this diary in a language that only she knew. However, no personal information was discovered by Leslie Linder, who deciphered the notebook almost a century later.
As a child, Beatrix was highly inspired by classic literary works like 'Book of Nonsense' by Edward Lear, Charles Kingsley's 'The Water Babies' and Lewis Carroll's ‘Alice in Wonderland’, amongst several other similar stories.
Her talent as an artist was first identified by painter Sir John Everett, who was Potter's father's friend.
Beatrix was brought up in a household where her parents gave her enough freedom to pursue her interests and hence she was provided higher education at home. Her favourite subjects included botany, taxonomy, mycology and archaeology. 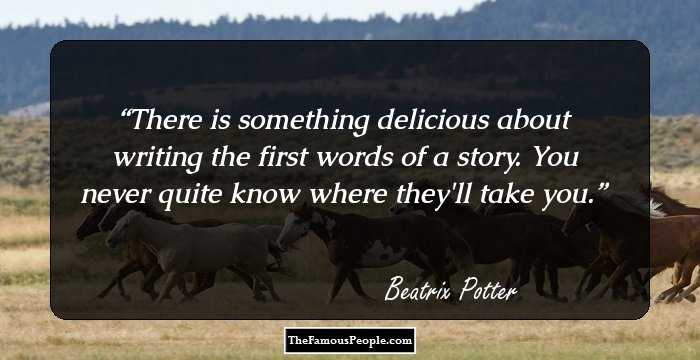 Quotes: You, Never
Continue Reading Below
Career
By 1890, Beatrix began designing her own greeting cards for the holiday season. Her illustrations of Benjamin Bunny, one of her pet rabbits, became particularly popularly and were soon purchased by a company named 'Hildesheimer and Faulkner'.
In 1892, Potter got acquainted with respected botanist Charles McIntosh, which resulted in her developing a stronger interest in the lives of fungi. In this respect, the aspiring mycologist even produced several sketches of their reproductive processes.
Within the next two years, 'Hildesheimer and Faulkner' had once again bought her paintings to include them in famous children's books like 'Our Dear Relations' and 'Changing Pictures'.
In 1895, the remarkable mycologist developed her own theory of germination, which she believed was the way fungi reproduced.
Despite her efforts to take help from naturalists like George Massee, her theory was declined by William Thiselton-Dyer, the Director of 'Kew Gardens', a public organization that conducted botanical research.
To prove her point, she published the thesis paper, 'On the Germination of the Spores of the Agaricineae'. This paper was presented in front of the ‘Linnean Society’ by her mentor George Massee, in 1897. Sometime later however, Potter took back her paper, recognizing certain flaws in her work.
In 1900, the talented artist reworked a letter that she had written for Noel, her friend Anne Moore's son, which revolved around four of her pet rabbits.
The next year, when the illustrious author failed to find a publishing house to print the book, she went on to self-publish her own book, 'The Tale of Peter Rabbit'. This illustration was however was only meant for friends and family, and not for the masses.
By 1902, a firm named 'Frederick Warne & Co' decided to publish 'The Tale of Peter Rabbit', for the whole of England to read.
Continue Reading Below
In 1903 with the money she had earned from her first book, the ingenious writer started patenting and selling her own Peter Rabbit merchandise, including wall papers and dolls. The same year Potter published two books, 'The Tale of Squirrel Nutkin' and 'The Tailor of Gloucester'.
From 1904-18, the impressive writer penned books like 'The Tale of Benjamin Bunny', 'The Tale of Mrs. Tiggy-Winkle', 'The Tale of Mr. Jeremy Fisher', 'The Tale of Tom Kitten', 'The Tale of the Flopsy Bunnies', and 'The Tale of Ginger and Pickles'. She also published works like 'Appley Dapply's Nursery Rhymes' and 'The Tale of Johnny Town-Mouse'.
In 1922, this successful writer compiled her preferred nursery rhymes and illustrated them in a book titled, 'Cecily Parsley's Nursery Rhymes'. The following year, the artist bought the 'Troutbeck Park Farm' in Troutbeck Valley, and became a renowned herdwick sheep herder.
During 1929-30, two of her works were published, 'The Fairy Caravan', which was partially based on her later life, and 'The Tale of Little Pig Robinson'.
At the age of seventy-six, Beatrix Potter became the first woman to be chosen the President of 'The Herdwick Sheepbreeders’ Association'. 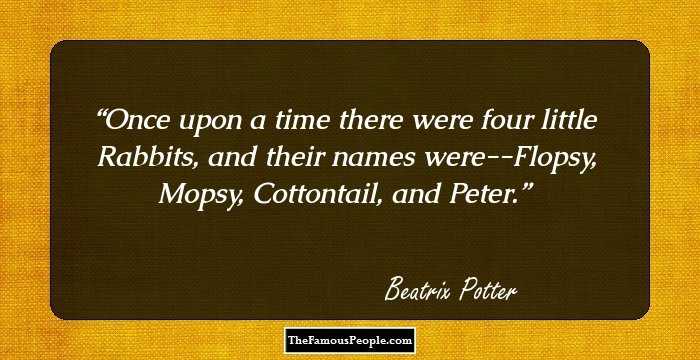 Quotes: Time
Major Works
The most famous literary work produced by Potter was her first published book, 'The Tale of Peter Rabbit'. The story, which was written for her close friend's five-year old son, Noel, follows the adventures of a naughty little rabbit. The book, which is still considered timeless, became so popular that it was translated into thirty-six other languages.
Personal Life & Legacy
In 1905, the young painter went against her parents' wishes and got engaged to Norman Warne, who edited and published her first classic, 'The Tale of Peter Rabbit'. This relationship however never culminated into marriage since Warned succumbed to leukaemia the following month.
When she was forty-seven, Beatrix married an attorney named William Heelis. It was Heelis who managed her estates in a small village called Hawkshead. The couple were happily married, despite not having children of their own.
On December 22, 1943, the accomplished writer died due to a cardiovascular disease and pneumonia. She was interred at the 'Carleton Crematorium'.
During her lifetime, as a hardworking mycologist, Potter had written several research papers including many of her paintings of fungi. These were donated to famous organizations like the ‘Armitt Museum’ and ‘Ambleside Library’. These institutions are presently verifying her drawings and theories.
It had always been Potter's desire that her scientific drawings be included in a book. In 1967, W.P.K. Findlay, a revered naturalist published them in his literary work, 'Wayside & Woodland Fungi'.
In 1997, a posthumous letter was furnished by the ‘Linnean Society’, apologizing for its gender discrimination towards her works. 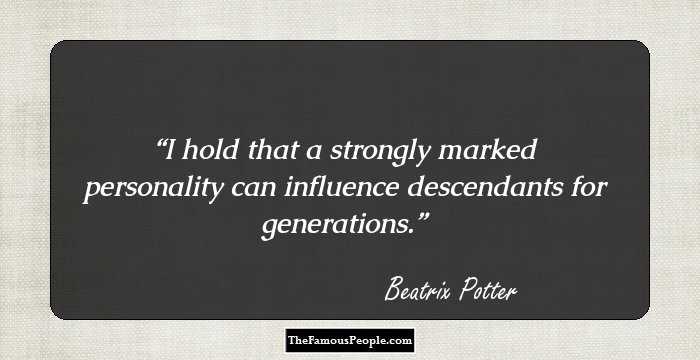 Quotes: Personality, I
Trivia
This celebrated British writer, whose debut book, which still remains highly popular with children, was written and illustrated along the lines of 'The Story of Little Black Sambo', an 1899 novel by Helen Bannerman.

Quotes By Beatrix Potter | Quote Of The Day | Top 100 Quotes

See the events in life of Beatrix Potter in Chronological Order 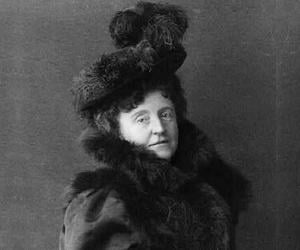