(The person whose assassination sparked the First World War)

Franz Ferdinand was an Archduke of Austria-Este and the heir presumptive to the Austro-Hungarian Empire. Initially he was only third in line to the throne, but certain unexpected events led to dramatic twists in his life. His cousin Prince Rudolf of Austria, who was originally the Crown Prince, committed suicide in 1889, leaving Franz Ferdinand's father, Karl Ludwig, as first in line to the throne. In another unexpected twist of fate, Karl Ludwig died of an illness a few years later making Franz Ferdinand the heir to the throne. Franz, like most males in the ruling Habsburg line, had entered the Austro-Hungarian Army at a young age. Starting his military career at the tender age of 12, he quickly rose through the ranks to become the colonel at 27 and major general at 31. Being the heir presumptive, he was made the Inspector General of the Austro-Hungarian Army, and he proved to be much popular in this position due to his promotion of naval expansion and military modernization. In 1914, he accepted an invitation from General Oskar Potiorek, Governor of the Austrian provinces of Bosnia-Herzegovina, to visit the capital of Bosnia, Sarajevo, to inspect army maneuvers and went there with his wife. This trip proved fatal for the couple as they were shot dead by a group of assassins and this incident incited Austria-Hungary's declaration of war against Serbia which in turn sparked the First World War. Paul Revere
DID WE MISS SOMEONE?
CLICK HERE AND TELL US
WE'LL MAKE SURE
THEY'RE HERE A.S.A.P
Quick Facts

Austrian Celebrities
Male Leaders
Austrian Leaders
Sagittarius Leaders
Austrian Military Leaders
Childhood & Early Life
He was born on 18 December 1863 in Graz, Austrian Empire as the eldest son of Archduke Karl Ludwig of Austria and of his second wife, Princess Maria Annunciata of Bourbon-Two Sicilies.
He was a member of the House of Habsburg, rulers of the Holy Roman Empire, the Austro-Hungarian Empire and the Spanish Empire and his father was the younger brother of Austro-Hungarian Emperor Franz Joseph.
He received his primary education from private tutors and joined the Austro-Hungarian Army at a young age.
His cousin Prince Rudolf, who was the Crown Prince to the Austrian Empire committed suicide at his hunting lodge in Mayerling in 1889. This event meant that Franz’s own father, Karl Ludwig became the first in line to the throne.
Continue Reading Below
Career
His military career included service with an infantry regiment in Prague and with the hussars in Hungary. He rose through the ranks quickly, becoming captain at the age of 22, colonel at 27, and major general at 31.
He had a busy military career but in spite of his hectic life, he managed to find time for his leisurely pursuits which included traveling and hunting. In 1893, he traveled to several places all over the world covering New Hebrides, Solomon Islands, New Guinea, Sarawak, Hong Kong and China. He was a passionate trophy hunter who reportedly kept track of around 300,000 game kills. He also loved collecting antiques.
Franz’s life changed dramatically when his father died of typhoid fever in 1896. Now he became the new heir to the empire, the one who would succeed the throne after the death of the elderly king, his uncle, Franz Joseph.
Even though he had never received any formal staff training, he was considered eligible for command and led the primarily Hungarian 9th Hussar Regiment at one point. He was given a commission to enquire into the affairs of the military services and authorized to access the papers of the military agencies.
Being the heir presumptive, he was appointed Inspector General of all the armed forces of Austria-Hungary in 1913.
In 1914, he received an invitation from General Oskar Potiorek, Governor of the Austrian provinces of Bosnia-Herzegovina, to visit Sarajevo and watch his troops on maneuvers.
Franz Ferdinand knew this trip was dangerous, yet he took along his wife and went to Sarajevo where while riding in the motorcade through the streets, he and his wife were shot and killed.
His assassination led to Austria-Hungary's declaration of war against Serbia, which in turn caused the Central Powers and Serbia’s allies to declare war on each other. All these events finally culminated in the beginning of the First World War.
Personal Life & Legacy
He met Countess Sophie Chotek at a ball in Prague in 1894, and fell in love with her. But since Sophie was not a member of any reigning or formerly reigning dynasties of Europe, Franz’s uncle, the Emperor Franz Joseph of Austria forbade him from marrying her.
Franz Ferdinand was deeply in love with Sophie and made it clear that he would not marry anyone else. The emperor finally permitted him to marry her after the Pope Leo XIII, Tsar Nicholas II of Russia, and the German Emperor Wilhelm II all argued with the emperor in support of the young couple.
He married Sophie on 1 July 1900. The emperor and several of his other family members did not attend the wedding. His wife was never accorded the high status, which the other women of the royal family enjoyed, and the emperor enforced the condition that no descendants of Franz and his new wife would succeed to the throne.
The emperor’s dissent, however, did not deter the couple who went on to have a happy marriage which produced three children.
He and his wife were on a trip to Sarajevo, when on 28 June 1914, Gavrilo Princip, a member of Young Bosnia and one of a group of assassins organized and armed by the Black Hand, shot and killed the couple. This event led to a chain of events that eventually triggered World War I. 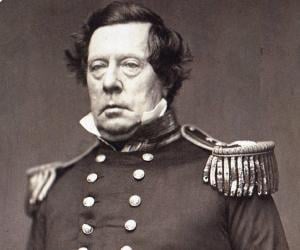