Popular YouTuber Anna Saccone-Joly began her YouTube career by uploading beauty and style videos on her channel ‘TheStyleDiet’ before she renamed it ‘Anna Saccone.’ She also linked her channel to a lifetime blog page, and consistently blogs about everything pertaining to babies, baking, fashion and jewelry. Her channel has a hundred million views and over 1.1 million subscriptions. She also features on her vlog channel, jointly run with her husband Jonathan called ‘SACCONEJOLYs.’They upload videos of various events in their lives. They have more than 500 million views on their vlog channel with over 1.7 million subscribers. She is also a sensation on Instagram with 1.4 million followers raving and supporting her. On Twitter she has reached the half million mark. 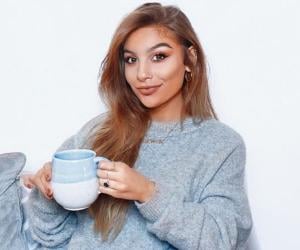 American People
Irish People
Social Media Stars
American Women
Irish Women
Maryland YouTubers
The Meteoric Rise to Stardom
After completing high school, Anna Sacconetook admission in college like all teenagers do. Around this time she came across YouTube and was enthralled by the videos and comments she saw. She was inspired to create her own channel. In 2009, she posted her first video. Her initial videos were all about fashion tips and trends, such as ‘How to wear leopard print.’ After she began uploading more videos she realized that she hadmany subscribers. Initially she didn’t think her channel would go too far. She thought of taking it one week at a time, and within months many people began watching her videos, and she went viral! After she completed college she began to give her subscribers makeup and jewelry tips and eventually took up YouTube full-time. After she married Jonathan, who is also a YouTuber, they created a vlog channel that became even more popular than their individual channels. They became recognized Irish vloggers around the globe, and after having kids they finally moved to United Kingdom in order to explore more career opportunities.
Recommended Lists:

The Best Black Actresses Of All Time
Continue Reading Below
What Makes Anna Saccone-Joly So Special
Anna is pretty and has an elegant dressing sense. She is the perfect example of poise and grace. Beautiful as she is from outside, she is an even more loving person from within. She loves her family and has dedicated her life to them. She is respectful and grateful towards her parents, and is a wonderful mother. She is protective of her children, and showers love on her husband. Anna is excellent at balancing her career and personal life.
Recommended Lists:

Scorpio Youtubers
American Vloggers
American YouTubers
Irish Female Vloggers
Beyond Fame
From a tender age Anna has been a picky eater, yet she loves trying out different cuisines and dishes, even if it be just once. She is a perfectionist and believes that she may have minor OCD, as she loves organizing and arranging things. Not many know this, but Anna is a professional make-up artist. However, she has never practiced her skills at a salon owing to her YouTube career. Hence, she tries to render her skills and tips through her channel. Unlike most women, she doesn’t like chocolate even though she has a sweet tooth. Though she is an excellent mother and cooks up healthy food for her family, she finds cooking mundane; rather she prefers baking cakes, cookies and making donuts. Her favorite dessert is ice-cream. Anna loves dressing up and going for dinners with her family. She is an animal lover, and owns six dogs.
Recommended Lists:

Women Beauty Vloggers
Irish Beauty Vloggers
Irish Female Youtubers
American Female Vloggers
Behind the Curtains
She was born in Maryland, America, and was raised there till she was seven. Her father was a professor at the university. She is the first child of her parents; she has two older half-brothers from her father, and two younger sisters. Her parents are of mixed cultures; her father is Italian and her mother is Irish. Thus, she received the best of both, and can speak Italian, but not fluently. During her childhood, most of her vacations were spent with her grandparents. As a child she was independent and well-behaved. She went to regular elementary school in America and then joined and completed highs school in Ireland, after her family moved there permanently. She was a bright student and scored decent grades, and went on to pursue a degree in college. She met her future husband around the same time. They dated for quite some time and finally tied the knot. They have two children, their first child is a girl and they named her Emilia. They had a son a couple of years later and named him Eduardo. Anna is pregnant with her third baby. The baby is a girl and her fans are awaiting the arrival of another bundle of joy!
Recommended Lists: 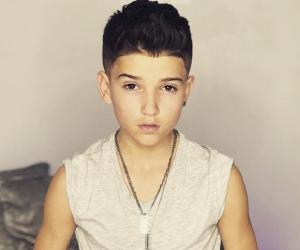