Anna Paquin is a New Zealand-Canadian film, theatre, and television actress known for her roles in movies like ‘The Piano,’ ‘Fly Away Home,’ and ‘X-Men.’ She entered the film industry as a child artist in ‘The Piano’ for which she won the ‘Academy Award’ for ‘Best Actress in a Supporting Role’ at the age of 11. She had not planned to become an actress but fate decided otherwise. Following her success in her debut film, she received many offers which she declined in order to focus on her studies. However, at the age of 14, she returned to the film industry by accepting roles in ‘Jane Eyre’ and ‘Fly Away Home.’ In 2000, she played the powerful mutant ‘Rogue’ in ‘X-Men,’ the first of the ‘X-Men’ film series; this role catapulted her to worldwide fame. She reprised her role as ‘Rogue’ in sequels, such as ‘X2’ and ‘X-Men: The Last Stand.’ She also made small screen appearances, notably as ‘Elaine Goodale’ in ‘Bury My Heart at Wounded Knee,’ for which she received her first ‘Emmy’ nomination. Soon, she was bombarded with offers to act in TV shows, and she was cast in series like ‘True Blood’ and ‘Flack.’ Dianna Fuemana
24th July In History
DID WE MISS SOMEONE?
CLICK HERE AND TELL US
WE'LL MAKE SURE
THEY'RE HERE A.S.A.P
Quick Facts

Anna Paquin was born on 24 July 1982, in Winnipeg, Manitoba, Canada, to Mary and Brian Paquin. Both her parents were teachers and she has two elder siblings. Her family moved to New Zealand when she was four.

She was a talented child and could play the piano and cello. She took part in a variety of activities like ballet, gymnastics, swimming, etc. She began her secondary education in New Zealand, but completed her high school diploma at ‘Windward School’ in Los Angeles, U.S.

She studied at the ‘Columbia University’ for a year, but dropped out to pursue a career in acting. 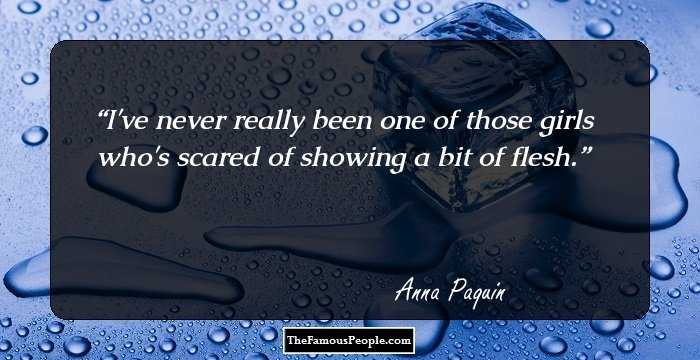 Her acting career began in 1991 when she auditioned for a role in Jane Campion’s movie ‘The Piano.’ Campion was very impressed with Anna’s acting skills, though the nine-year-old had no prior experience in acting. Anna was selected and the movie was released in 1993.

In 1996, she acted in two movies: first as the young ‘Jane’ in ‘Jane Eyre’ and then as ‘Amy Alden’ in the family drama and comedy film ‘Fly Away Home.’

She formed a production company called ‘Paquin Films’ in collaboration with her brother Andrew. She then co-produced and starred in the romantic comedy ‘Blue State’ in 2007.

She made her first TV appearance in HBO’s TV film ‘Bury my Heart at Wounded Knee’ in 2007. In the film, she played ‘Elaine Goodale,’ a reformer from New England. For her performance in the film, she earned her first ‘Emmy’ nomination for ‘Outstanding Supporting Actress in a Miniseries or Movie.’

She landed her first role in a TV series when she was cast as ‘Sookie Stackhouse’ in the TV drama series ‘True Blood’ in 2008. The series revolved around the adventures of ‘Sookie,’ a waitress with telepathic powers.

In 2009, Paquin played the lead role in another TV film titled ‘The Courageous Heart of Irena Sendler.’ This was a biographical film based on the life of a Polish social worker who helped thousands of Jews during the Holocaust.

She had her share of flops. Her 2010 film ‘The Romantics’ was an utter failure at the box office.

She played a cameo role in the film ‘Scream 4’ in 2011. She then voiced ‘Kristin’ in an episode of the animated musical comedy television series ‘Phineas and Ferb.’ Her drama film ‘Margaret,’ which was initially scheduled for release in 2007, was released in 2011 due to legal issues.

She did not act in any movies in 2012 due to her pregnancy and the subsequent birth of her twins.

Meanwhile in 2015, she voiced the character of ‘Ramsey’ in the animated movie ‘The Good Dinosaur.’

In 2019, she started playing ‘Robyn’ in the British dramedy television series ‘Flack.’ The same year, she also played ‘Joanie Lockhart’ in the American television drama series ‘The Affair.’ 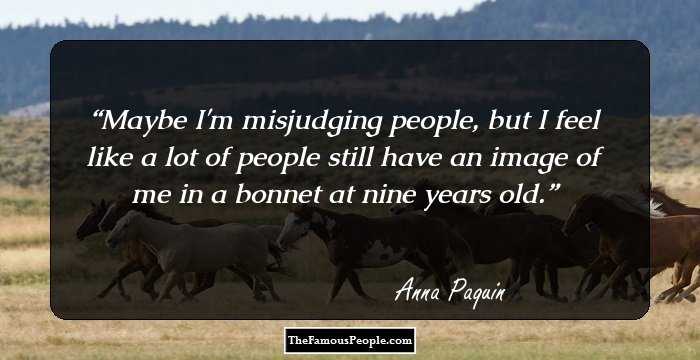 Paquin’s biggest success came as a child artist when she was cast as ‘Flora McGrath,’ the daughter of a mute pianist, in Jane Campion’s ‘The Piano’ (1993). The film was a commercial as well as a critical success.

Her portrayal of ‘Sookie Stackhouse,’ a telepathic waitress, in the TV drama series ‘True Blood’ (2008) was appreciated by industry experts and she received many awards and nominations for this role.

In ‘Margaret’ (2009), she played the role of ‘Lisa Cohen,’ a teenage student who gets involved in a lengthy lawsuit to avenge the wrongful death of a woman. Paquin received several awards and nominations for the film.

She won the ‘Academy Award’ for ‘Best Actress in a Supporting Role’ for playing ‘Flora McGrath’ in her debut film ‘The Piano’ when she was just 11 years old.

In 2008, she was presented with the ‘Satellite Award’ for ‘Best Actress – Drama Series’ for the TV series ‘True Blood.’ She also won the ‘Golden Globe Award’ for ‘Best Performance by an Actress in a Television Series – Drama’ for the same series.

She was named ‘Actress of the Year’ by ‘London Film Critics Circle’ in 2011 for her performance in the film ‘Margaret.’

In 2013, she won the ‘Women's Image Network Award’ for her performance in ‘True Blood.’ 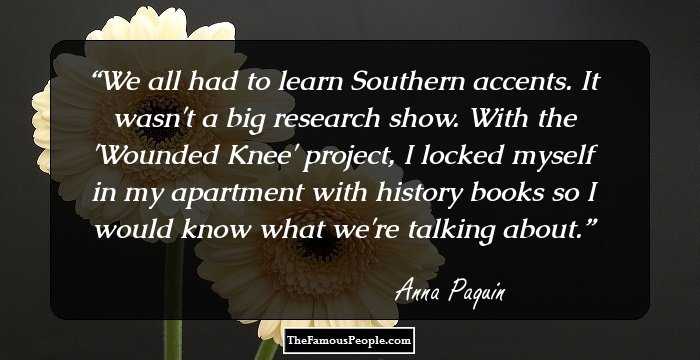 She married actor and director Stephen Moyer in 2010. They have twin children. Moyer has two children from his previous relationships.

She publicly came out as bisexual and has since been an advocate for LGBT rights. She also supports charities like ‘Children’s Hospital’ and ‘Make-A-Wish Foundation.’

She is the second-youngest actress ever to win an ‘Academy Award,’ behind Tatum O’Neal who won the award at the age of 10.

Her hobbies include photography, swimming, skiing, reading, and knitting.
She is a vegetarian and loves pets.

Quotes By Anna Paquin | Quote Of The Day | Top 100 Quotes

See the events in life of Anna Paquin in Chronological Order 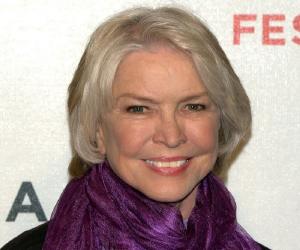