Rose McIver, born as Frances Rose McIver, is a famous actress from New Zealand. She is best known for appearing in the TV series ‘Power Rangers: RPM’, ‘Masters of Sex’ and ‘Once Upon a Time’. She is also popular for making appearances in films like ‘Blinder’ and ‘Predicament’ as well as for guest starring in shows, such as ‘Legend of the Seeker’ and ‘Xena: Warrior Princess’. Besides these, McIver has lent her voice to the character of Eve in the video game ‘Access Code’. She has also appeared in a few music videos, namely ‘Demon Days’ and ‘Heartlines’. The New Zealand actress has also worked in theatre. Some of the plays she took part in are ‘Arcadia’, ‘Blood Brothers’ and ‘That Face’. Currently, McIver is starring as the lead in CW's ‘iZombie’. Talking about the honors she has received, the talented star has won the TV Guide NZ Television Award for Best Juvenile Actress. She has also won the Visa Entertainment Screen Award under the category Best NZ Actress. Dianna Fuemana
Actresses #942
Film & Theater Personalities #2252
DID WE MISS SOMEONE?
CLICK HERE AND TELL US
WE'LL MAKE SURE
THEY'RE HERE A.S.A.P
Quick Facts

New Zealander People
Libra Actresses
Actresses Who Are In Their 30s
New Zealander Actresses
Women Film & Theater Personalities
Career
Rose McIver started her acting career at the mere age of two. Beginning with commercials, she received her first film role in 1993’s ‘The Piano. After this, she did a few television films such as ‘Hercules and the Amazon Women’, ‘Hercules in the Maze of the Minotaur’ and ‘Hercules in the Underworld’. Then in 1995, she appeared in the television series ‘Riding High’. The following year, she did another TV series ‘City Life Sophie’. McIver then got featured as Sally in the movie ‘Topless Women Talk About Their Lives’.
From 1999 to 2004, she did a number of TV, theatre, and film projects including ‘Ozzie’, ‘Arcadia’, ‘Xena: Warrior Princess’, ‘Toy Love’, ‘Murder in Greenwich’, ‘Mercy Peak’, ‘P.E.T. Detectives’, ‘Eddie's Million Dollar Cook-Off’ and ‘Maiden Voyage’, to name a few. The New Zealand actress was then cast as the lead in the series ‘Maddigan's Quest’ as well as in the series ‘Rude Awakenings’. In 2007, she did a short film named ‘Knickers’. Two years later, she appeared in an episode of ‘Legend of the Seeker’.
She was cast in the series ‘Power Rangers RPM’ in 2009. She also did the film ‘The Lovely Bones’ during this time. Then in 2010, McIver got featured in the movie ‘Predicament’ as well as in the short film ‘Dangerous Ride’. She also participated in the play ‘That Face’ that year. The following year, she was offered ‘Super City’. After this, she has recurring roles in the shows ‘Masters of Sex’ and ‘Once Upon a Time’ respectively. McIver was then seen in the movie ‘Blinder’. In 2015, she did a few short films, ‘Warning Labels’, ‘Coward’ and ‘Mattresside’. She also started appearing in the series ‘iZombie’ from that year. She appeared in the music video ‘Demon Days’ during that time as well. After this, she got featured in another music video ‘Heartlines’. In 2017, McIver worked as a voice actress for ‘Access Code’.
You May Like

Who Is The Most Popular BTS Member?
Personal Life
Rose McIver was born as Frances Rose McIver on 10 October 1988 in Auckland, New Zealand, to parents John George Whitfield McIver and Annie Coney McIver. She has an older brother named Paul McIver who works as a musician. McIver studied at Avondale College and graduated from there in 2006. Later on, she attended University of Auckland, majoring in Psychology and Linguistics. However, she did not complete her degree. Talking about the actress’ love life, she is living with her long-term boyfriend, Benjamin Hoeksema, in Los Angeles since 2011.

See the events in life of Rose McIver in Chronological Order 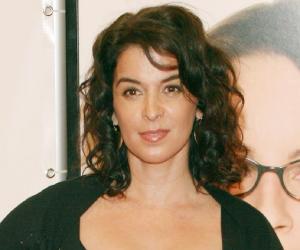 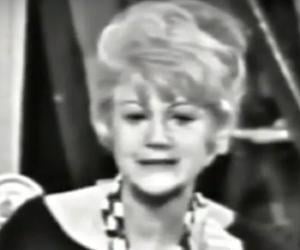