Rachel Hunter is a New Zealand supermodel and actress; she is one of the most photographed international cover models in the world. Born in Auckland, she burst into the international fashion industry at the age of 17 after being shortlisted by a modeling agency. Shortly after, she quickly rose to prominence after posing as a ‘Sports Illustrated’ model and soon emerged as one of the most stunning international cover models in the world. Apart from modeling, she took acting lessons and started her career with several television appearances and quickly made the transition into feature films as well as independent films. Not only is she one of the most photographed international cover models in the world, she also has numerous acting credits including appearances on popular US television programs, music videos and feature films. She is a staunch supporter of Born Free Foundation and a keen supporter of the Breast Cancer Campaign, and has been actively involved in the welfare activities. She has been a household name in New Zealand and overseas ever since she was a teenaged model. New Zealander People
Actresses
New Zealand Women
Virgo Models
Female Models
Childhood & Early Life
She was born on September 9, 1969, in Glenfield, Auckland, New Zealand to Wayne Hunter, and his wife, Janeen Hunter. She has a sister named Jacqui Hunter.
At a young age, she dreamt of becoming a ballet dancer but her ambitions were curtailed after she was diagnosed with a rare blood disease.
When she was 15, her parents split up and later got divorced. A year later, she was spotted by a local photographer and invited to New York to become a model. In New York, she signed a contract for the ‘Ford Models’ agency, landing the Cover Girl cosmetics contract and becoming the spokesperson for the company. 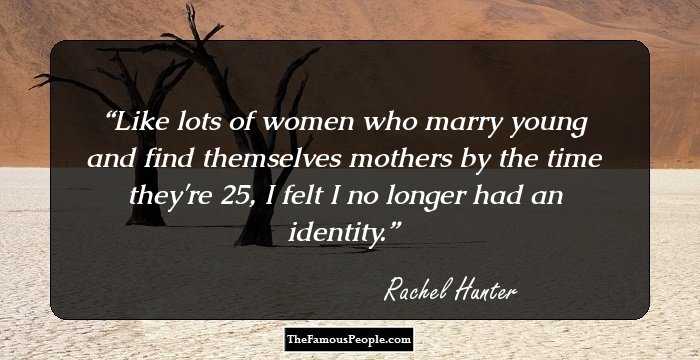 Who Is The Most Popular BTS Member?
Career
By the age of 17, she had become a popular model and graced the covers of countless fashion magazines including ‘Vogue’, ‘Elle’, and ‘Cosmopolitan’. She was also asked to pose for ‘Playboy’ magazine, but considering herself too young for it, she refused the offer.
In 1989, she rose to global fame after posing as a model for the ‘Sports Illustrated’ magazine. She appeared on the 1994 'Dream Team' cover of the annual swimsuit issue of the ‘Sports Illustrated’.
Along with being a model, she took acting classes and made her film debut in the romantic comedy ‘Just a Little Harmless Sex’ (1998).
Later, she starred in several independent movies including ‘A Walk in the Park’ (1999),‘Two Shades of Blue’ (2000),‘Rock Star’ (2001),‘Pendulum’ (2001), and ‘Redemption of the Ghost’ (2002).
In 2003, she appeared as the sultry mother in the music video of the song ‘Stacy’s Mom’, by the American power pop band, ‘Fountains of Wayne’.
In 2004, she agreed to pose nude for the ‘Playboy’ magazine for which she was reported to have been paid a hefty sum of $1.8 million.
She appeared as a contestant on the United States reality television series ‘Dancing with the Stars’, and its British forerunner, ‘Strictly Come Dancing’. In 2005, she became the host of ‘Make Me A Supermodel’, a reality show for Britain's Five TV channel.
In 2006, she hosted a reality program for U.S. cable TV channel, ‘Style Me With Rachel Hunter’. The contestants on the show participated in a series of fashion challenges to prove that they were capable of being her stylist.
In 2007, she launched a fashion line by the name ‘Lola’, a range of cutting edge swimsuits that are affordable and possess the same sense of style, sexiness and originality she has seen on fashion runways around the world.
In 2008, she launched an affordable but stylish women’s clothing line with ‘The Warehouse’ chain in New Zealand.
She also featured in several other movies such as ‘The Benchwarmers’ (2006), ‘Confessions of a Go-Go Girl’ (2008), ‘The Perfect Assistant’ (2008), and the science fiction TV movies ‘Piranhaconda’ (2011) and ‘Swamp Volcano’ (2012).
She serves as an ambassador of the ‘Born Free Foundation’, an organization that helps to prevent animal suffering, protect threatened species and keep wildlife in the wild. She also established the ‘Rachel Hunter Lowland Gorilla Fund’. 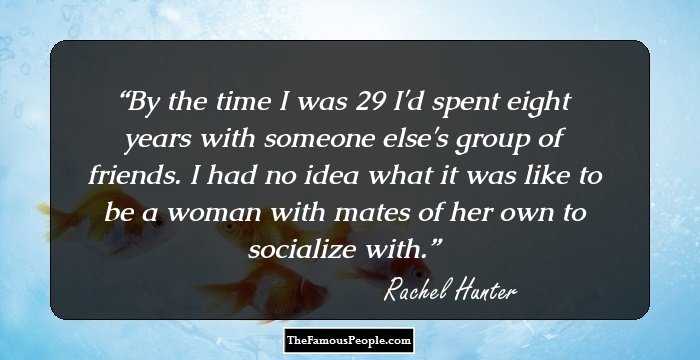 Quotes: Time, Friends
Personal Life & Legacy
On December 15, 1990, she married British rock star ‘Rod Stewart’, 24 years her senior. The couple was blessed with two children, Renee and Liam.
In January 1999, the couple got separated, and finally filed for divorce in 2005 which was officially granted on. Having signed a pre-nuptial agreement, she claimed a lump sum plus full financial support for her children.
Since her divorce, she has been romantically linked with other stars such as Bruce Willis, Michael Weatherly, Kevin Costner; Robbie Williams, Wes Scantlin and Tommy Lee. Later she became engaged to Jarret Stoll, NHL hockey player, 13 years her junior, but the wedding was called off.
Recommended Lists:
Fashion #383
You May Like

Quotes By Rachel Hunter | Quote Of The Day | Top 100 Quotes

See the events in life of Rachel Hunter in Chronological Order 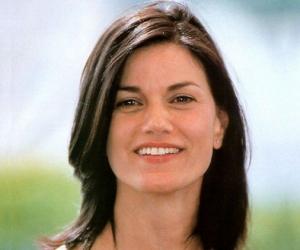 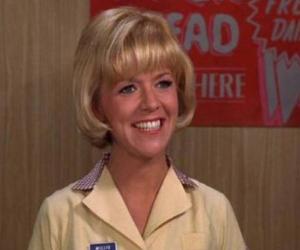