Andrés Segovia was a renowned Spanish musician of the twentieth century, regarded as one of the greatest guitarists of all time. His uncle and aunt, who raised him since he was two, wanted him to become a lawyer but he always dreamt of becoming a guitarist. He was drawn towards music at an early age and learned to play guitar by himself. His ambitions and abilities came together and he first displayed his remarkable talent in front of the audience in a public performance when he was a teenager. His brilliance with guitar was very well appreciated and it stirred in him the desire to play classical guitar all around the world. He collaborated with many composers and musicians from around the globe to promote this art. He played guitar throughout the world on every major stage and passed on his love of the guitar to generations to follow. He not only taught himself and his students, he indirectly taught and influenced thousands of guitarists worldwide and is therefore considered as the father of classical guitar. 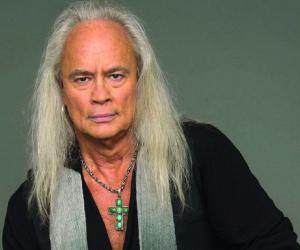 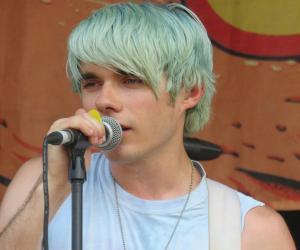 Awsten Knight
Guitarists #726
Musicians #3238
Continue Reading Below
DID WE MISS SOMEONE?
CLICK HERE AND TELL US
WE'LL MAKE SURE
THEY'RE HERE A.S.A.P
Quick Facts

Spanish Celebrities
Male Musicians
Pisces Musicians
Male Guitarists
Pisces Guitarists
Childhood & Early Life
He was born on February 21, 1893 in the town of Linares, situated in one of Spain's autonomous regions, Andalusia.
After living with his parents for two years, he was moved to Villacarillo under the care of his childless uncle and aunt, Eduardo and Maria.
He started playing guitar at the age of six. His uncle used to sing songs to him and pretended to strum an imaginary guitar in his lap.
When he was ten, his uncle and aunt moved to Granada where he received his formal education. He also acquired his first guitar while living in Granada.
His first experience of classical guitar music was a performance by a flamenco guitarist, Gabriel Ruiz de Almadóvar.
He became his own teacher and started practicing on his music. He was deeply involved in self-education to master the art of playing classical guitar.
Continue Reading Below
You May Like

The Sexiest Men Of 2020, Ranked
Career
At the age of 16, he performed publicly for the first time at the Centro Artistico, Granada in 1909.
After some years, he gave his first professional concert in Madrid. Most of his performed compositions were the works of Francisco Tárrega and some of them were his own guitar transcriptions of J.S. Bach.
Over the next few years, he played at many concerts such as, in Madrid in 1912, at the Paris Conservatory in 1915 and in Barcelona in 1916.
He also made a successful tour of South America in 1919. In 1923, he played at a concert in Mexico for the first time.
In 1928, his first tour to America was organized and afterwards he met Heitor Villa-Lobos, the Brazilian composer. Their friendship lasted for life as Lobos composed many tunes for him in the later years.
In 1932, he became friends with the composer Mario Castelnuovo-Tedesco in Venice. Although, Mario did not play the guitar, he composed many tunes in later years and dedicated most of them to Segovia.
In 1935, he gave his first public performance of Bach's Chaconne and received wide appreciation for it. Subsequently, he moved to Montevideo and continued to perform at many concerts in South America during the 1930s and early 1940s.
After the World War II, he began to record more frequently and regularly toured Europe and the USA, continuing to do so for the next 30 years of his life.
He continued performing into his old age, living in semi-retirement during his 70s and 80s on the Costa del Sol. He gave master classes throughout his career for his lifelong mission of propagating the guitar.
Continue Reading Below
During the summer of 1986, he taught master-classes for the last time at the University of Southern California in Los Angeles.
Major Works
He is credited to have dignified the classical guitar as a legitimate concert instrument with his remarkable conviction and influential personality.
He influenced a generation of classical guitarists who built on his technique and musical sensibility. He was able to popularize the guitar with the help of new technological advances such as recording, radio, and air travel.
He was one of the first artists to endorse the use of nylon strings instead of gut strings in guitars. This new development allowed for greater stability in intonation.
Awards & Achievements
In 1974, he was awarded the Danish Sonning Award.
In 1981, he was honored by the King Juan Carlos I with the 1st hereditary title of ‘Marqués de Salobreña’ in the nobility of Spain in recognition of his contributions to music and the arts.
He received the ‘Ernst von Siemens Music Prize’ in 1985.
In 1986, he was honored with the ‘Grammy Lifetime Achievement Award’.
He also received many awards and honorary degrees from numerous prestigious universities.
Personal Life & Legacy
Andrés Segovia had multiple marriages and relationships. He married Adelaida Portillo in 1918. In 1935, he married Paquita Madriguera, a pianist. He developed a relationship with the Brazilian singer and guitarist, Olga Praquer Coelho, in 1944, which lasted for over a decade.
In 1962, he married Emilia Magdalena Corral Sancho and they were blessed with a son, Carlos Andrés Segovia, in 1970.
He died on June 2, 1987 of a heart attack in Madrid, Spain. He is buried at Casa Museo de Linares, in Andalusia.

See the events in life of Andres Segovia in Chronological Order 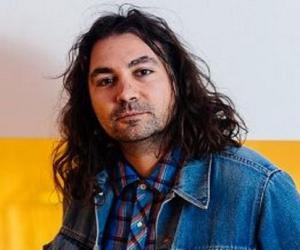 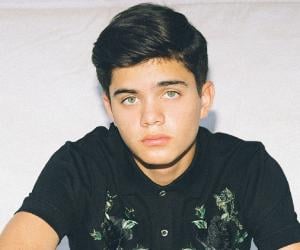