Keaton Robert Stromberg is an American musician, composer, and singer-songwriter. He was a member of the music group Emblem3, which finished fourth on the second season of ‘The X Factor (USA)’. Keaton was born into a musical family, with his parents being the Grammy Award nominated producer William Stromberg and professional harpist and composer Laraine Claire. His love for music developed quite early. By the time he turned six, he had already begun playing the piano. He subsequently also learned the guitar and bass. He was virtually forced into joining the group Emblem3 by his brother Wesley. While he was not particularly excited in relocating to California with the rest of the band, he later acquiesced. Despite his reluctance, he and his group auditioned for and were included among the finalists of the reality competition show ‘X Factor (USA)’. Since the show’s conclusion, the group has split up and reunited several times. In 2017, Keaton put out his debut album titled ‘The Simple Life’. 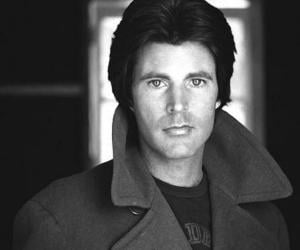 American People
American Men
California Musicians
Male Singers
Cancer Singers
Rise to Fame
When Wesley was 16 years old, he moved to Huntington Beach, California with his girlfriend. At the time, Keaton was nine years old and had a band of his own named Lucky 13, with him on the guitar, Eli Fozio on the bass, and Sara Mobley on the drums. He later relocated to California as well to attend a local art school. His brother’s friend, Drew Chadwick, was already there.
They got together and started doing music sessions. Initially, they picked the name The American Scholars for themselves and even released their first extended play titled ‘Bite Your Lip and Take It’. However, they later changed the name of the band to Emblem3.
They first auditioned for NBC’s ‘America’s Got Talent’ but exited the competition at the last minute. In 2012, they successfully auditioned for the second season of the US version of ‘The X Factor’, performing their original song ‘Sunset Boulevard’. Emblem3 made it to the semi-finals before they were eliminated, finishing fourth overall.
They subsequently signed with Simon Cowell's record label Syco Records and Columbia Records and released their debut and only studio album to date, ‘Nothing to Lose’, in 2013. The group has also put out three EPs: ‘Songs from the Couch, Vol. 1’ (2014), ‘Forever Together’ (2014), and ‘Waking Up’ (2016). The EPs were released through their own independent label as they had left Syco previously. In 2013, they won the Teen Choice Award for the Breakout Group.
In June 2014, Chadwick left the group to pursue a solo career. A year later, the brothers announced that they are going on an indefinite hiatus. Chadwick rejoined the group in September 2015. They were supposed to perform at the 2016 One Love Fest but the Stromberg brothers dropped out. Despite this, Chadwick performed at the event. In September 2016, Wesley revealed that he was working on a solo album and Keaton was helping him with it. Furthermore, he said that the members of Emblem3 were simply branching out and they had not broken up.
They released a new single, ‘Homerun’, in January 2017 on their app. Currently, the group is on a hiatus again. On March 25, 2017, Keaton put out his first album as a solo artist; it was titled ‘The Simple Life’.
You May Like

Male Musicians
Cancer Musicians
Male Guitarists
Male Pop Singers
Continue Reading Below
Personal Life
Keaton Stromberg was born on July 16, 1996, in the Tarzana neighbourhood, Los Angeles, California. He has a brother named Wesley and two sisters, Brooke and Brianna. His parents separated at some point and his father remarried. Keaton’s stepmother is composer Anna Bonn. His uncle, Robert Stromberg, is a filmmaker who directed the 2014 dark fantasy ‘Maleficent’. He is also a production designer and has won Oscars for ‘Avatar’ (2010) and ‘Alice in Wonderland’ (2011).
Keaton and Wesley, along with some other family members, came to live at Sequim, Washington at some point. When he was six years old, he started playing the piano. Soon after, he picked up the guitar and bass and began collaborating with his brother. He would often bring friends home to treat them with impromptu concerts. In the intermediate period between a summer holiday spent at the Sequim skate park and the winter vacation at Hurricane Ridge, Keaton used his Apple Mac computer to record his music. At 14, he received the invitation to perform at the Carnegie Hall in New York City.
Between 2012 and 2013, Keaton reportedly dated ‘Fifth Harmony’ singer Lauren Jauregui.
Recommended Lists: 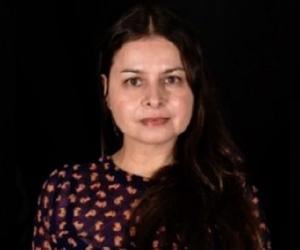 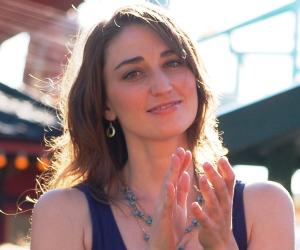