Amitabh Bachchan is a famous Indian actor, film producer, TV host, and former politician. He is best known for appearing in Hindi movies or Bollywood. With stellar performances in movies like ‘Deewaar’ and 'Zanjeer,' he came to be known as the ‘angry young man’ of Hindi cinema. He gained so much popularity at the peak of his career that famous French director François Truffaut called him a ‘one man industry.’ Not only has he acted in action movies, but has also essayed a variety of roles in comedies and dramas. The actor has showcased versatility throughout his career. An example of his versatility is his portrayal of a spurned lover in the movie 'Parwana.' Though he went through struggling times in his career, the talented actor managed to bounce back with solid performances in several hit films. He has the honor of having received four 'National Film Awards,' the highest by an Indian actor. The government of India has conferred upon him several awards like the 'Padma Shri,' 'Padma Bhushan,' and 'Padma Vibhushan' for his exceptional contribution to Indian cinema. He is best known for his movies like ‘Sholay,’ ‘Amar Akbar Anthony,’ ‘Agneepath,’ 'Kabhi Kabhie,' ‘Silsila,’ ‘Muqaddar Ka Sikandar,’ ‘Lawaaris,’ and ‘Satte Pe Satta.’ He has also received accolades for films, such as ‘Black,’ ‘Baghban,’ ‘Sarkar,’ and ‘Paa.’ 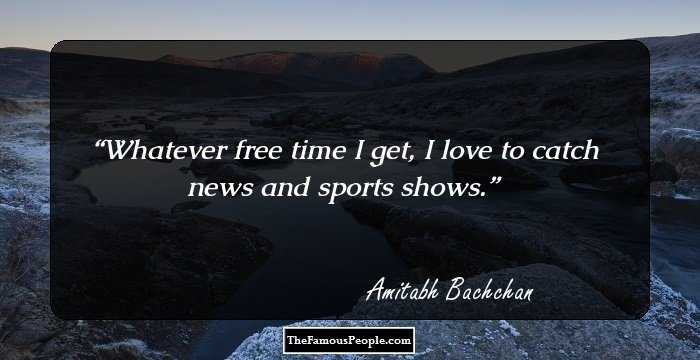 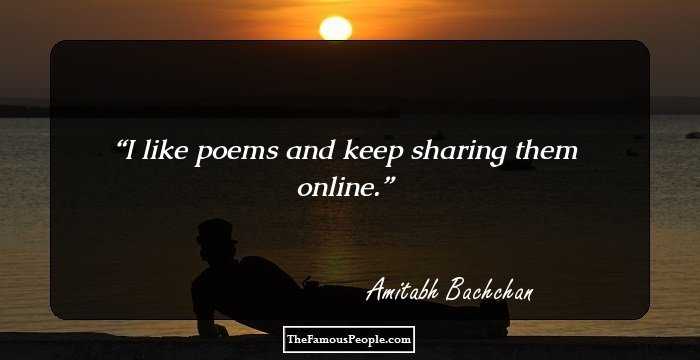 Quotes: Like, I
Major Works
‘Sholay,’ where Amitabh played the role of ‘Jai,’ became one of the most popular movies in Hindi cinema. The movie, which released in 1975, is loved and watched even today, for its portrayal of an unconditional friendship between ‘Jai’ and ‘Veeru.’ The character of ‘Veeru’ was played by Dharmendra.
Amitabh is also known for his role in ‘Paa,’ which was directed by R. Balakrishnan. In the movie, where the actor plays the role of a young boy, his real-life son Abhishek plays his father.
Awards & Achievements
The government of India has felicitated him with prestigious honors, such as the 'Padma Shri,' 'Padma Bhushan,' and 'Padma Vibhushan.'
The actor has received the 'National Film Award' for movies like 'Agneepath,' 'Black,' and 'Paa.' He has also won ‘Filmfare Awards’ for several movies, including 'Anand,' 'Amar Akbar Anthony,' 'Aks,' and 'Don.'
In 2001, he was named the 'Actor of the Century' at Egypt's 'Alexandria International Film Festival.'
Continue Reading Below
In 2007, the government of France presented him the 'Knight of the Legion of Honour,' which is the country's most prestigious title.
The famous actor has also received honorary doctorates from esteemed universities like the 'University of Delhi,' India, 'Academy of Arts,' Egypt, 'Leeds Metropolitan University' and 'De Montfort University,' UK, and 'Queensland University of Technology,' Australia. 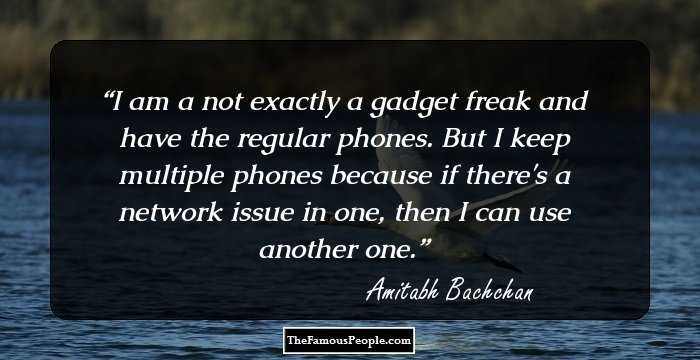 Quotes: I
Personal Life & Legacy
In 1973, Amitabh Bachchan got married to Jaya Bhaduri, a famous actor in her own right. In fact, she was popular even before Amitabh started hogging the limelight. The couple has a son, Abhishek, and a daughter, Shweta.
Shweta is married to a business magnate named Nikhil Nanda, while Abhishek is married to former Miss World and actor Aishwarya Rai. Abhishek and Aishwarya have a daughter named Aradhya.
In 2000, ‘Madame Tussauds’ sculpted Bachchan's wax statue, making him the first Asian to have the honor. Other regions like New York, Hong Kong, and Washington D.C. too house his statues.
In 2003, French city Deauville presented him an honorary citizenship.
This actor is known for his philanthropic activities, including his monetary help of 11 and 30 lakh rupees to farmers in Andhra Pradesh and Maharashtra respectively.
In 2002, the ‘UNICEF’ chose him as the ambassador for its campaign of educating the people of India about polio eradication. Even today, he appears in all their TV campaigns, urging young mothers to vaccinate their infants. In 2014, India was declared a polio-free nation by the 'World Health Organization.'
Meanwhile, in 2013, he established the 'HRB Memorial Trust,' named after his father. The actor also supports the 'Save Our Tigers' campaign, and is an ardent supporter of 'People for Ethical Treatment of Animals' (PETA).
Trivia
This popular Bollywood actor was initially named Inquilab (Revolution) by his father, but the name was later changed to what he is known by today.

Quotes By Amitabh Bachchan | Quote Of The Day | Top 100 Quotes

See the events in life of Amitabh Bachchan in Chronological Order