Sumeet Vyas is a theatre artist, a Bollywood actor, and a writer— a multi-talented celebrity who first shot to fame with The Viral Fever's web series ‘Permanent Roommates.’ His role of Mikesh in the series was much appreciated and made him a recognized face. Following the success of the series, Vyas started getting similar roles in other series, but the ambitious young actor does not want to be stereotyped and prefers to choose different types of roles. Primarily a theatre artist, he has also appeared in a few television series and has even done some films! Despite being surrounded by so much adulation and praise as of today, he hasn’t forgotten the years of struggle he endured to get where he is now. He continues to be humble and down-to-earth and that is something that makes this actor even more attractive to his numerous fans not just in India, but all over the world. Indian People
Leo Actors
Indian Actors
Actors Who Are In Their 30s
Indian Film & Theater Personalities
Career
Sumeet Vyas is an ardent supporter of theatre and enjoys working as a theatre artist. Although he has acted in some Bollywood films as strong supporting characters, he prefers calling himself a theatre artist. In the initial years of his career, Vyas was not keen on acting. On his father’s reference, he got a job as an apprentice in an editing studio. Later, he became an editor and edited many TV shows including ‘Rishtey.’ Once when Vyas watched his father’s play—Yahudi Ki Ladki—in Prithvi theatre, he was so impressed that he immediately quit his editing job, and shifted to Mumbai to pursue an acting and writing career.
Vyas' acting career started in 2000 with a theatre play. He was then 17, when he did a play for Nadira Zaheer Babbar’s theatre group called ‘Ekjute.’ He remained associated with the group for a year, and many a times he had no work and had to remain backstage or perform as a proxy actor, filling for other actors who were not present at rehearsals. To become more useful, he even learnt dholak and played for the troupe. Soon, Lady Luck smiled on him, and he started acting in, writing, and directing plays.
In 2002, Vyas faced the camera for the first time, when he acted in Chander Bhel’s Doordarshan serial ‘Woh Hue Na Hamare'. He, then a youth of 20 years, was paid around Rs 40,000 a month. He also acted in the popular TV show ‘Rehna Hai Teri Palkon Ki Chhaon Mein’ in 2009. After several rejections as a model, Vyas did his first ad film in 2007, for an insurance company, directed by Soojit Sircar. Later, he did many other advertisements.
In 2014, Vyas became popular as Mikesh in the web series called ‘Permanent Roommates.’ A story of a couple in a live-in relationship, ‘Permanent Roommates’ was one of the most-watched web series in India. While the first season focused on the couple’s struggles to know each other after a three-year long-distance relationship, the second season revolved around their families and pregnancy.
It is interesting to know how Vyas started his web series journey. Impressed by The Viral Fever (TVF) content, Vyas wrote to Arunabh Kumar—who launched TVF—that he was keen to be a part of TVF videos. The actor, who was then just doing a few side roles in movies and TV serials, had no idea that he would soon be called for an audition and selected for the series! Sumeet had also acted in the film ‘English Vinglish’ in 2012 alongside Sridevi. He has appeared in movies like Mahesh Bhatt’s ‘Jashn,’ ‘Guddu Ki Gun,’ ‘Aurangzeb,’ and ‘Sabki Bajegi Band’ as well.
Besides acting, Sumeet also writes and directs short films. He partnered with Anand Tiwari of the ‘Detective Byomkesh Bakshi’ fame, and worked on short films. When a friend from Yash Raj Films read a script of one such short film, he offered Vyas the chance to write the script of ‘Bang Baaja Baarat’ series as a lead writer. The web series is about a couple who meets on a dating app and decides to get married.
In an interview, Vyas had said, “The experiences during my initial career taught me that if I work hard, it would lead me to better things.” He has decided to focus on the digital platform for some more time, as demand for short films and web series is gaining momentum. Today, he is a known face in the digital world. Vyas is not keen on returning to TV shows unless he is offered unique roles which do not bore him or the viewers.
You May Like

Leo Men
Continue Reading Below
Personal Life
Sumeet Vyas was born on July 27, 1983, in Jodhpur, Rajasthan. His father B M Vyas, a National School of Drama pass-out, is a scriptwriter, and his mother Sudhu Vyas is a homemaker. Vyas has a younger sister Shruti, who is married to actor Namit Das. His father had to quit theatre and take up scriptwriting for financial stability. He had written scripts for many TV shows including ‘Discovery of India,’ ‘Chandragupta Maurya’ and ‘Maharana Pratap.’
Sumeet spent his childhood in Jodhpur. He never excelled in academics, and when he failed his 12th board exams, he quit his studies, and started looking for a job. That’s when he landed up as an apprentice in an editing studio. He is married to actress Shivani Tanksale, a Mumbai-based theatre artist, who is a well-known face in the advertisement world, and has also done a few Bollywood films. 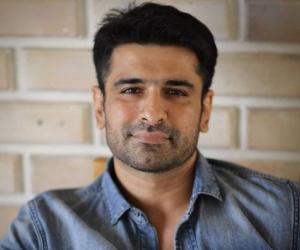 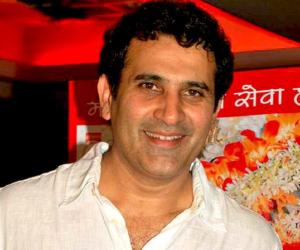