Naga Chaitanya is an Indian film actor known for his work in Telugu movies. He debuted with the film ‘Josh’ in 2009. It was an average success at the box office. His first critical and commercial success came in 2010, with the film ‘Ye Maaya Chesave.’ This was followed by another super success, ‘100% Love.’ After a few flops such as ‘Dhada,’ his next blockbuster was ‘Manam’ in 2016. However, his most popular role to date has been in the film ‘Veduka Chudham’ in 2017. The film became his highest-grossing movie ever. Following one average film titled ‘Shailaja Reddy Alludu’ and a disaster titled ‘Savyasachi’ in 2018, Chaitanya was next seen in the romance drama ‘Majili,’ opposite his wife, marking their fourth venture together. He has won many awards and accolades, including a ‘Filmfare Award South’ for the ‘Best Male Debut’ for his role in ‘Josh’ in 2009. Despite the film being an average success, Chaitanya had his moments where he could prove his talent. Dharmendra
DID WE MISS SOMEONE?
CLICK HERE AND TELL US
WE'LL MAKE SURE
THEY'RE HERE A.S.A.P
Quick Facts

Indian People
Indian Actors
Sagittarius Actors
Actors Who Are In Their 30s
Indian Film & Theater Personalities
Childhood & Early Life
Naga Chaitanya was born in Chennai, Tamil Nadu, India. His father, Akkineni Nagarjuna, is an actor and entrepreneur, better known as the son of actor Akkineni Nageswara Rao. His mother, Lakshmi Daggubati, is the daughter of producer D Ramanaidu. His parents got divorced during his childhood, and they both remarried later. Chaitanya has one half-brother, Akhil Akkineni, born to his father and stepmother.
Chaitanya was raised by his mother in Chennai till the age of 18. After graduating school, he went to Hyderabad to pursue a degree in commerce.
After finishing college, Chaitanya enrolled into a 3-month acting course in Mumbai and received further training in acting and martial arts in Los Angeles. He was also trained in voice and dialogue skills before making his acting debut.
Continue Reading Below
Career
In 2009, Chaitanya made his acting debut with the coming-of-age action film ‘Josh,’ essaying the role of a college student named ‘Sathya.’ The film was directed by newcomer Vasu Varma and was an average success.
In 2010, Chaitanya starred in the romantic drama ‘Ye Maaya Chesave,’ playing the role of a Hindu Telugu assistant director named ‘Karthik.’ The film was directed by Gautham Menon and was simultaneously made in Tamil as ‘Vinnaithaandi Varuvaayaa’ and remade in Hindi as ‘Ek Dewaana Tha.’ The film was a hit at the box office and went on to become a cult film. The same year, he appeared in the romantic drama ‘100% Love,’ playing the role of a studious college kid named ‘Balu Mahendra.’ The film was directed by Sukumar. He had a cameo appearance in the romantic drama ‘Vinnaithaandi Varuvaayaa.’
In 2011, Chaitanya starred in two projects, an action–comedy named ‘Dhada,’ playing ‘Vishwa,’ and a crime film ‘Bejawada,’ playing ‘Shiva Krishna.’ The films were directed by Ajay Bhuyan and Vivek Krishna, respectively. Both the films received negative reviews from critics.
In 2013, Chaitanya appeared in the action film ‘Tadakha,’ playing the role of ‘Karthik.’ It was directed by Kishore Kumar Pardasani. In 2014, he appeared in a fantasy–drama titled ‘Manam,’ essaying a dual role, as ‘Nagarjuna’ and ‘Radha Mohan.’ The film featured his grandfather, Akkineni Nageswara Rao, and his father, Akkineni Nagarjuna.
In 2014, Chaitanya was seen in two ventures, the social drama ‘Autonagar Surya,’ playing ‘Surya,’ (directed by Deva Katta) and a romance titled ‘Oka Laila Kosam,’ playing ‘Karthik’ (directed by Vijay Kumar Konda).
In 2015, Chaitanya appeared in the action film ‘Dohchay,’ playing ‘Chandu.’ It was directed by Sudheer Varma. The film received poor reviews, but later that year, he was approached for Gautham Menon's bilingual romantic thriller ‘Sahasam Swasaga Sagipo.’ It was simultaneously made in Tamil, as ‘Achcham Yenbadhu Madamaiyada.’ He appeared as himself in the romance film ‘Krishnamma Kalipindi Iddarini,’ directed by R Chandru.
In 2016, Chaitanya played the role of ‘Vikram Vatsalya’ in the coming-of-age romantic drama ‘Premam,’ directed by Chandoo Mondeti. It was a remake of a Malayalam film of the same name. He also had an extended cameo as himself in two other Telugu films, ‘Aatadukundam Raa’ and ‘Mahanati,’ in 2018.
In 2017, Chaitanya appeared in the romance ‘Rarandoi Veduka Chudham,’ directed by Krishna Marimuthu. He also appeared in the action–thriller ‘Yuddham Sharanam,’ directed by Krishna Marimuthu.
In 2018, Chaitanya appeared as ‘Chaitu Gaadu’ in the romantic comedy ‘Shailaja Reddy Alludu,’ directed by Maruthi Dasari. The same year, he also appeared as ‘Vikram Aditya’ in the action–drama ‘Savyasachi,’ directed by Chandoo Mondeti. He had another extended cameo, as ‘Akkineni Nageswara Rao’ in the bilingual biographical film ‘Nadigaiyar Thilagam,’ directed by Nag Ashwin.
Continue Reading Below
In 2019, Chaitanya played the role of ‘Poorna Chandra Rao’ in the romantic–drama film ‘Majili,’ directed by Shiva Nirvana. His upcoming film ‘Venky Mama’ will feature him opposite his wife, Samantha Ruth Prabhu, and will be directed by KS Ravindra.
Major Works
Chaitanya’s greatest role to date remains that of ‘Vikram Vatsalya’ in ‘Premam,’ a remake of the 2015 Malayalam romantic film of the same name, opposite Shruti Hassan.
Awards & Achievements
In 2009, Chaitanya won two awards for the movie ‘Josh,’ namely, the ‘Filmfare Award’ for the ‘Best Male Debut-South’ and the ‘CineMAA Award’ for the ‘Best Male Debut.’
In 2010, Chaitanya received two nominations for the movie ‘Ye Maaya Chesave,’ namely, the ‘Filmfare Award South’ for the ‘Best Telugu Actor’ and the ‘CineMAA Award’ for the ‘Best Actor.’ The same year, he won the ‘Rising Star of South’ at the ‘South Scope Cinema Awards,’ for the same movie.
In 2012, Chaitanya won the ‘Best Actor-Telugu’ at the ‘SIIMA Awards,’ for the movie ‘100% Love.’
In 2014, he was nominated for the ‘SIIMA Award’ for the ‘Best Actor,’ for the movie ‘Manam.’ The same year, he won two other awards for ‘Manam,’ namely, the ‘SIIMA’ for the ‘Best Actor (Critics)’ and the ‘Nandi Award’ for the ‘Best Supporting Actor.’
In 2015, Chaitanya won the ‘Youth Icon of the Decade’ at the ‘Zee Telugu 10th Anniversary Awards.’
In 2016, he won the ‘Special Appreciation Hero Award’ at the ‘TSR-TV9 National Film Awards.’
In 2017, Chaitanya was nominated for the ‘Filmfare Award South’ for the ‘Best Actor-Telugu’ for his role in the movie ‘Premam.’ The same year, he won the ‘Best Actor’ award for ‘Premam’ at the ‘Santosham Film Awards.’
In 2018, he won the ‘Special Jury Award’ at the ‘TSR-TV9 National Film Awards,’ for the movie ‘Sailaja Reddy Alludu.’
Family & Personal Life
After an on-again, off-again relationship with actor Samantha Ruth Prabhu, Chaitanya got engaged to her on January 29, 2017. They got married in Goa, in a Hindu religious ceremony on October 6, 2017, and in a Christian ceremony the following day.
Trivia
Chaitanya and his wife, Samantha, are known to the public as “ChaySam.”

See the events in life of Naga Chaitanya in Chronological Order 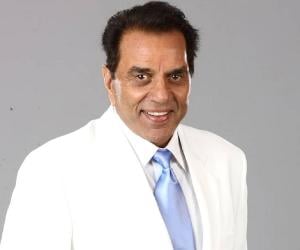 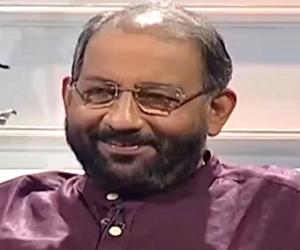 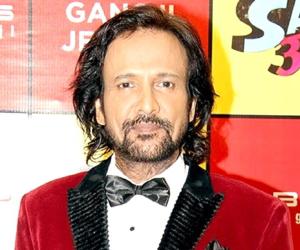