Harry Treadaway is an English actor, best known as Dr. Victor Frankenstein from 'Penny Dreadful' and Brady Hartsfield from 'Mr. Mercedes.' He started as a musician, forming a band along with his twin brother Luke. However, Harry's passion for music and inclination toward acting landed him his debut film role that earned him a award nomination as well. Starring alongside Luke, they both had a learning experience while playing an all-consuming role, the conjoined twins in 'Brothers of the Head.' Harry has appeared in a number of films and television productions. In between, he has acted in a couple of theater productions as well. 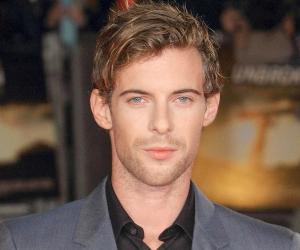 Joe Alwyn
Actors #2462
Film & Theater Personalities #5124
DID WE MISS SOMEONE?
CLICK HERE AND TELL US
WE'LL MAKE SURE
THEY'RE HERE A.S.A.P
Quick Facts

British People
London Academy Of Music And Dramatic Art
Virgo Actors
British Actors
Actors Who Are In Their 30s
Childhood & Early Life
Harry was born Harry John Newman Treadaway on 10 September 1984 at the 'Royal Devon and Exeter Hospital' in Exeter, Devon. He grew up in Sandford, Devon. Harry has an elder brother, Sam, who is an artist and a slightly older twin brother, Luke.
Both Harry and Luke attended 'Queen Elizabeth's Community College' in Crediton, Devon. They twice played with the 'Devon Cup' winning 'Rugby Union team.'
The twin brothers were heavily inspired by the musician and rock band star Eddie Vedder and hence they decided to follow his footsteps. Luckily, Harry and Luke got the support of their secondary school drama teacher, and they eventually formed a band called 'Lizardsun.' Later, they decided to pursue acting as well and joined the 'National Youth Theatre.'
Harry later graduated from the 'London Academy of Music and Dramatic Art' in 2006. He simultaneously worked on his debut feature film.
Continue Reading Below
You May Like

Who Is The Most Popular BTS Member?
Career
Harry began his acting career in 2005, alongside Luke in the mockumentary 'Brothers of the Head' which is based on the 1977 novel of the same name by Brian Aldiss. They both played the conjoined twins in a punk rock band. Harry played Tom Howe, the band's rhythm guitarist, and songwriter, while Luke portrayed Barry Howe, the lead singer of the band.
Harry and Luke performed all tracks for the live stage shows featured in the film and also recorded nine tracks for the film's album. Harry wrote the 'Sink or Swim' song that he and Luke performed live for the film as well as on the soundtrack of 'Brothers of the Head.' He also performed the song 'Raise This Up' during the scene where Tom Howe was shown heartbroken by a breakup.
Harry and Luke shared the nomination for the '9th British Independent Film Awards' most promising newcomer.
In 2006, when Harry was yet to graduate from the drama school, he in in an episode 'Miss Marple: Sleeping Murder. He was simultaneously reading a new play 'Myrna Molloy' for 'Operating Theatre Company.'
In 2006, he was cast as Liam in an episode of the British drama 'Afterlife.' In 2007, he starred as Dean Hamilton (the son of the lead characters played by David Tennant and Sarah Parish) in the 'BBC One' movie 'Recovery.'
Harry essayed a real-life personality, Stephen Morris, the drummer and percussionist of the late-1970s English post-punk band 'Joy Division' in the 2007 biographical film 'Control' based on the life of the band's lead singer Ian Curtis. Harry's first recurring role (eight episodes) was as Mark Brogan on 'Channel 4' thriller drama 'Cape Wrath' (known as 'Meadowlands' in America).
In 2008, Harry appeared as Billy in the 'Channel 4' drama 'The Shooting of Thomas Hurndall' and as Peter in Sam Taylor-Wood's short film 'Love You More.’
Harry starred as the lead, Matthew Ryan in the British horror-thriller 'The Disappeared' and as Doon Harrow, the "Messenger" in the American science fiction adventure 'City of Ember,' both released in 2008. Starring alongside Luke, he made his stage debut in 2009 with Mark Ravenhill's play 'Over There,' staged at the 'Royal Court Theatre.' Harry also starred as Billy in the British drama film 'Fish Tank' in 2009.
Harry was paired in the lead with Emma Booth as Nikko and Stevie, two self-destructive personalities who come across each other through a suicide website in the 2010 'Edinburgh Film Festival' premiered 'Pelican Blood.'
Continue Reading Below
On 25 November 2010, 'BBC2' network announced Harry to star as Duncan Pearce, a sexually ambiguous person in the 90-minute TV movie 'The Night Watch' adapted from Sarah Waters’ novel of the same name.
Harry was one of the leads as James Furlong, the last alive in the cursed long line of the Furlongs in 2011 is a thriller fantasy 'The Last Furlong' (Hideaways). He then featured as Jake in the British coming-of-age drama film 'Albatross.'
In 2012, Harry appeared in the music video for 'Bat For Lashes' song 'A Wall.' The following year, he directed and also starred in the music video 'Reincarnate' for the band 'Tribes.'
Harry was cast as one of the two leads, as Andy MacGuire who along with his elder plan a bank robbery to save their grandfather's retirement home from being demolished in the 2012 British zombie comedy 'Cockneys vs. Zombies.' Next, he was seen as the lead, a young English academic Jonathan Anselme in the French-English action thriller miniseries 'Flight of the Storks.'
In the 2013 western action film 'The Lone Ranger,' Harry starred as Frank, a member of the featuring gang who enjoys women's clothing. He was cast to play Glen Davies in five episodes of the 'BBC One' drama 'Truckers.'
Harry was cast opposite Rose Leslie as a newly married couple whose honeymoon got ruined by a series of strange events in the 2014 science fiction horror 'Honeymoon.' From 2014 to 2016, he was seen as Dr. Victor Frankenstein, the protagonist and an arrogant, reclusive young doctor who conducts researches to go beyond the barrier between life and death in the British-American horror drama 'Penny Dreadful.' Adapted from Mary Shelley's 1818 novel, 'Frankenstein,' the series aired on 'Showtime' and 'Sky Atlantic.'
Since 2017 to present, Harry has been seen as the main character Brady Hartsfield, a gifted young psychopath who gets engaged in a cat-and-mouse game in the crime drama 'Mr. Mercedes' based on the Bill Hodges novel trilogy by Stephen King. His performance earned him a nomination at the '22nd Satellite Awards.' In 2018, he reprised the role in the show's second season.
Harry played Miles, a drug peddler in the 2018 crime comedy movie 'Gringo.' In 2019, he began essaying the role Sir Roderic Victor "Roddy" Llewellyn, a British baronet and renowned landscape gardener, gardening journalist, author, and television presenter in the 'Netflix' historical drama 'The Crown.' Roddy was also known for his relationship with Princess Margaret, Countess of Snowdon and the younger sister of Queen Elizabeth II.
Harry will be seen as Narek, a Romulan refugee who joins the lead character's crew to investigate what his people are doing to former Borg drones in the upcoming web series 'Star Trek: Picard' for 'CBS All Access.'
His future project also includes 'Squadron 42,' a video game from the franchise of the multiplayer space trading and combat game 'Star Citizen.' He will voice the character ’Sato Karne.’
Family & Personal Life
Harry's father is an architect while his mother works as a primary school teacher.
Harry has been dating actor Holliday Grainger since 2015.
He enjoys kayaking.
Trivia
During rehearsals and filming 'Brothers of the Head,' Harry and Luke were connected for fifteen hours a day. They wore sewn-together wetsuits or a harness to give that conjoined look and also slept in one bed to simulate that conjoined nature.
The role of Hartsfield in 'Mr. Mercedes' was first offered to Anton Yelchin, but he died on June 2016, and Harry got the role. He adapted American accent to play the character.

See the events in life of Harry Treadaway in Chronological Order