The first ever African-American to reach the rank of a lieutenant colonel in the United States Army, Allen Allensworth was not just an army man but also a Baptist minister and educator. He was the founder of the town, Allensworth, in California which was the only town in the state fully governed by African-Americans. A highly religious man, he also founded several churches. Born into slavery and sold many times to different owners, the future looked bleak for the young Allen. But life had some specific plans for the gutsy, hard working and brave boy—he would one day leave a deep impact on the history of America. As a child slave he had the good fortune of coming across kind white people who taught him to read and thereby inspired him to become an educator later in life. He escaped from slavery and joined the Navy; after some years he would join the army where he would achieve great success. As a freed slave and a black American he had faced more than his share of racial discrimination and was determined to create a community exclusively for the African-Americans, and thus the town of Allensworth was founded. John Piper
7th April In History
DID WE MISS SOMEONE?
CLICK HERE AND TELL US
WE'LL MAKE SURE
THEY'RE HERE A.S.A.P
Quick Facts

American Celebrities
Black Miscellaneous
American Men
American Pastors
American Preachers
Childhood & Early Life
Allen was born as the youngest of thirteen children of Phyllis and Levi Allensworth in Kentucky. His mother was a slave held by A.P. and Bett Starbird, and by default Allen and his siblings too became their property.
His mistress assigned young Allen to her son Thomas. The mistress’ son taught Allen to read and write though it was illegal at that time to teach a slave to read. His mistress sent him to another couple when she learned of what her son was doing.
Fortunately for Allen, his new mistress, Mrs. Talbot, a Quaker, was a kind woman who encouraged him to study and sent him to the Sunday school for slaves. When his previous mistress came to know of this, she took Allen away from Mrs. Talbot.
In 1854 he was again sold to a new owner. His new mistress was a cruel woman who did not let him study. He was whipped and treated very badly. However, young Allen became friends with a white orphan boy and they helped each other.
He tried to run away in 1855 when he was 13 years old. However, he was caught and punished. He was now sold to a man called Fred Scruggs who was glad to know that the boy could read and trained him as a jockey. Fred made Allen race his best horse.
Continue Reading Below
You May Like

Famous Beautiful Women With Green Eyes
Career
In 1861 Scruggs took Allen and the horses to Louisville for a race. There Allen met the soldiers from the 44th Illinois Volunteer Infantry Regiment and told them of his desire to escape. The soldiers helped him to disguise as one of them and thus he marched away along with them.
He joined the Hospital Corps and served as a civilian nurse aid for sometime. One of the surgeons, Dr. A. J. Gordon invited him home and gave him his own room to stay. Allen was beginning to enjoy the joy of being free.
He enlisted in the U.S. Navy in 1863 and earned his first pay as a free man. It was so exhilarating! He worked hard and was promoted to Captain’s steward and clerk and served on the gunboats Queen City and Tawah for two years.
He returned to Kentucky in 1868 and joined his brother William. The two men operated restaurants to earn their living and then sold them for a profit.
Now that he was free and had some money, Allen decided to pursue his education. He joined the Ely Normal School which had been established by the American Missionary Association. He also used to teach at a school for the children of freed slaves.
During this time he became involved with the Baptist Church and was ordained as a preacher in 1871. During that decade he went to Tennessee to study theology and also preached there.
He began working as a teacher in Kentucky in 1875 while at the same time serving as the financial agent of the General Association of the Colored Baptists in Kentucky.
He was invited back to Louisville and was called to be pastor of the Harney Street Baptist Church. He reorganized the church, attracted many new members and renamed it Centennial Baptist Church.
He studied public speaking in Philadelphia and gave public lectures all over the country. He was appointed as Sunday School Missionary for the state of Kentucky by the American Baptist Publication Society. He always believed in the importance of education and worked hard to build Sunday Schools at his churches.
Continue Reading Below
He had by now become a prominent figure through his educational endeavors and public speaking and decided to enter politics. He was selected as Kentucky’s only black delegate to the Republican National Conventions in 1880 and 1884.
He was appointed as a chaplain in the U.S. Army in 1886 when he was 44 years old, making him one of the few black chaplains in the U.S. Army. He traveled along with his family to the various places he was assigned to.
While posted at Fort Bayard, he wrote ‘Outline of Course of Study, and the Rules Governing Post Schools of Ft. Bayard, N.M’ which was later adapted by the army to be used as a manual for the education of enlisted personnel.
He retired in 1906 as a Lieutenant Colonel, thus becoming the first African-American to reach that rank.
After retiring he had the idea of setting up a community exclusively for African-Americans where they could live away from the racial discrimination that was so prevalent during his time.
In 1908 he founded Allensworth community where black people built homes and schools, established a church, organized a band and orchestra, and became a member of the county school district. Soon the community grew so big that it became a town.
Major Works
An escaped slave who carved out a respectable life for himself, Allensworth wanted to create a community exclusively for the African-Americans and thus the town of Allensworth was born. It was a self-sufficient community where everyone contributed towards community building and could live a life free of racial discrimination.
Personal Life & Legacy
He married Josephine Leavell in 1877 whom he had met at Roger Williams University. His wife was a musician and teacher. The couple was blessed with two children
He died in 1914 at the age of 72 in a motorcycle accident.
You May Like

See the events in life of Allen Allensworth in Chronological Order 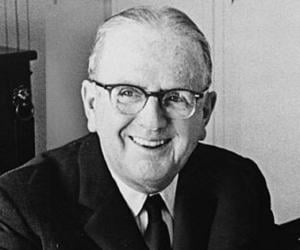