Alfred Newman is one of the iconic figures of the Hollywood film industry who created a stir in the film fraternity with his music. In his four decades of long career, he composed music for more than 200 films winning forty four Academy Award nominations and nine awards. He started a legacy of Hollywood film composers which was aided by his brothers, sons, nephews, grandchildren and grandnephews. His is a perfect rags to riches story. Born in a terribly poor family, he was a prodigious child who trained himself musically with the help of his mother. He initiated his career as an accompanist on piano at the vaudeville circuit and in no time, rose up to conduct his first orchestra. He conducted musicals on Broadway and later made a plunge into the film industry. His musical compositions are unique in terms of their content and forward a music that is enriched with melody and harmony. During his career, he created Newman System, a means of synchronizing the performance and recording of a musical score with the film which is still used as of date. For his outstanding brilliance at music, he was nominated for an Academy Award 20 years in succession, from 1938 to 1957, including a nine year stretch from 1938 to 1946 in which he was nominated for at least two different movie scores in each of those years. To know in details about his life, and career, read through the following lines.
Continue Reading Below American Celebrities
American Men
Connecticut Musicians
Male Musicians
Male Composers
Childhood & Early Life
Alfred Newman was the eldest of the ten children born to his parents in New Haven, Connecticut. Despite coming from a poor household, young Newman was lucky enough to be trained in music, thanks to his mother.
No sooner he outgrew his tutelage and progressed further to attain a scholarship under the great Polish pianist, Sigismond Stojowski. He took part in several competitions and earned a gold and silver medal each.
Since he belonged to a terribly poor household, he had to supplement to the family income. Luckily, with the help of his friends, he found a job as a piano soloist at the Strand theatre. The job helped him polish his musical abilities as well as earn a living.
He moved along with performer Grace LaRue, travelling through the vaudeville circuit. During this time, he also studied composition. At the age of twenty, he began a career as the conductor of musicals on Broadway, which he continued for over a decade.
Continue Reading Below
You May Like

The Hottest Male Celebrities With The Best Abs
Career
His career experienced a perfect launch when he accompanied Irving Berlin to Hollywood. There, he served as the conductor for the latter’s first film musicals, ‘Reaching for the Moon’. No sooner after completing his work, he earned a contract for composing film scores for Samuel Goldwyn and United Artists.
His first ever film as a music scorer was Samuel Goldwyn’s ‘Street Scene’ in 1931. The theme used in the musical scores of the film was repeated several times in many of his works later on. He followed this up with composing film scores for ‘Dodsworth’, ‘Born to Dance’, ‘You Only Live Once’, ‘The Hurricane’ and ‘Alexander’s Ragtime Band’.
Year 1939-40 was a historic year for his career as four of his compositions earned him Academy Award nominations including, ‘Wuthering Heights’, ‘The Rains Came’, ‘The Hunchback of Notre Dame’ and ‘They Shall Have Music’.
In 1940, he turned to take up a career as a music director for 20th Century Fox Studios. He composed the music which accompanies the studio logo at the beginning of the Fox production, before any movie is shown. Interestingly, the music is used till date by the Fox studios.
Following his appointment as Fox’s music director, he worked on several movies, including, ‘How Green was My Valley’, ‘Song of Bernadette’, ‘The Razor's Edge’, ‘Captain from Castille’, ‘The Robe’, and ‘Love Is a Many Splendored Thing’ among many others.
In 1945 he served as the arranger/conductor of the film version of the musical, ‘State Fair’. In 1962, he became one of the few arrangers and conductors to work on the two film versions of the same musical, ‘State Fair’.
It was during his tenure at the Fox Studios that he developed what eventually became Newman System, a means of synchronizing the performance and recording of a musical score with the film. What is interesting to note is that the system is still in use today.
Year 1959 marked the end of his contract with the Fox Studios with the film, ‘The Best of Everything’. Following this, he went ahead to pursue a career as an independent artist. His first ever film score as an independent conductor was for the film, ‘Flower Drum Song’ for which he won an Academy Award nomination.
He followed this up with the MGM's ‘How the West Was Won’. It is traditionally deemed as his most familiar and most popular film score. What’s more, it is even enlisted on AFI’s 100 Years of Film Scores and named as his best score ever.
Continue Reading Below
Some of his last pieces of work include, ‘The Greatest Story Ever Told’, ‘Camelot’, ‘Firecreek’ and Universal Pictures' ‘Airport’ which released in 1970, shortly before his death. For ‘Airport’, he conducted the recording session of the music of the film but was unable to conduct the commercial release of the score.
Awards & Achievements
Over his lifetime, he was nominated for a record forty-five times at the Academy Awards, eventually winning nine of them. He was until 2006 the most nominated composer in history and the third highest number of Oscars winner after Walt Disney and Cedric Gibbons.
He was nominated for Academy Award 20 years in succession, from 1938 to 1957, including the nine year stretch from 1938 to 1946 in which he was nominated for at least two different movie scores in each of those years. Forty three of his nominations were for Best Original Score and two were for Original Song
In 1940 alone, he was nominated for his work on four different films but due to the nature of Academy voting in which multiple nominations have a way of canceling one another out, he lost to Herbert Stothart's, ‘The Wizard of Oz’
Posthumously, he received nominations at prestigious music awards Grammy and Golden Globes for his music score in ‘Airport’ but did not win either.
His score in the film, ‘How the West Was Won’ was ranked no 25 on the list of 25 greatest film scores by the American Film Institute.
He received a star on the Hollywood Walk of Fame for Recording at 1708 Vine Street in Hollywood, California.
Personal Life & Legacy
He went into the wedlock with a former actress and Goldwyn Girl, Martha Louise Montgomery in 1947. They were blessed with five children,.
He headed a family of major Hollywood composers including his two brothers, two sons, a daughter, a nephew, a grandnephew and a granddaughter, each of whom were iconic music composers and conductors in their own right.
He breathed his last on February 17, 1970, one month before his 70th birthday, at his home in Hollywood, due to complications of emphysema.
Trivia
This music composer and conductor composed the 20th Century Pictures logo theme, which was retained when the company merged with Fox films and became 20th Century-Fox. It is still used today.

See the events in life of Alfred Newman in Chronological Order 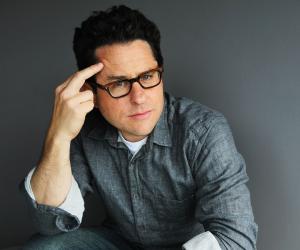