Alexander McQueen was a British fashion designer and couturier. He was known to push fashion's limits to unknown extremes, and present shows that shocked and surprised the viewers. In his childhood, he often designed dresses for his elder sisters and dreamt about becoming a designer someday. He went on to become a famous fashion designer and his designs displayed contrasting elements like fragility and strength; tradition and modernity; and fluidity and severity. The skills that he learned as an apprentice at Savile Row helped him earn the reputation of creating an impeccably tailored look. His collections had attributes of various fashion techniques, such as the British tailoring, fine workmanship of the French haute couture, and impeccable Italian finishing. Such was his impact on the fashion world that even years after his death he is still considered a legend and his designs continue to make a mark in the industry. A designer of international fame, he had boutiques at all major fashion-hubs around the world, including London, New York, Los Angeles, Milan, and Las Vegas. Nicole Kidman, Penelope Cruz, Sarah J Parker, and Rihanna are some of the celebrities who have donned his attires. Pearl Lowe
17th March In History
DID WE MISS SOMEONE?
CLICK HERE AND TELL US
WE'LL MAKE SURE
THEY'RE HERE A.S.A.P
Quick Facts

Cause of Death: Asphyxia

Alexander McQueen was born Lee Alexander McQueen on March 17, 1969, in Lewisham, London, England. His father Ronald was a taxi driver and his mother Joyce was a social science teacher. He was the youngest of six siblings.

He attended ‘Carpenter's Road Primary School’ and ‘Rokeby School.’ In 1985, he left school for an apprenticeship with the traditional Savile Row tailors ‘Anderson & Sheppard.’ He also served his apprenticeship at ‘Gieves and Hawkes’ and ‘Angels and Bermans.’ 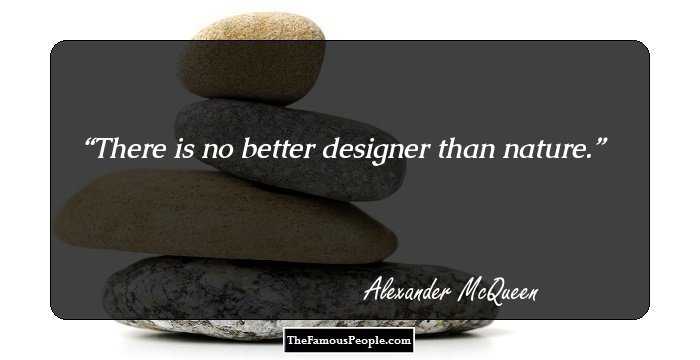 From his apprenticeship at ‘Angels and Bermans,’ McQueen mastered six methods of pattern cutting and developed his signature razor-sharp tailoring. He then moved on to work with Koji Tatsuno for a year. Thereafter, he became the design assistant of famous Italian fashion designer Romeo Gigli.

He earned his master's degree in fashion design from London's ‘Central Saint Martins’ in 1992. His graduation collection was bought by Isabella Blow, an influential fashion stylist.

He started his own business, designing clothes for women. He also introduced ‘bumster pants,’ named so because of their extremely low-cut waistline.

After the launch of his first collection, he moved to Hoxton and launched his second and third collections, namely 'McQueen's Theatre of Cruelty' and 'The Birds' respectively.

McQueen designed wardrobes for singer David Bowie's 1996–97 tour. The coat that Bowie was wearing on the cover of his album 'Earthling' was also designed by him.

He worked on the Icelandic singer Bjork's album cover for the album ‘Homogenic’ and directed one of the songs from the album 'Alarm Call.'

One of his early collections titled 'Highland Rape' established him as a controversial personality and he was given the moniker 'the hooligan of English fashion.'

In 1996, McQueen became the head designer of the ‘Louis Vuitton Givenchy’ fashion line. His first collection at ‘Givenchy’ was not very successful.

His 1998 Autumn collection show caused controversy as he had roped in double amputee model Aimee Mullins who strode down the catwalk on intricately carved wooden legs.

His most celebrated show was the 2001 Spring/Summer collection 'VOSS' where a naked model sat on a chaise longue wearing a gas mask inside a huge glass box containing moths. As the show commenced, the walls fell away and smashed on the ground and took everyone by surprise.

In 2005, he collaborated with the German-multinational company ‘Puma’ for a special line of trainers. A year later, he launched 'McQ,' a lower-priced label for young men and women. 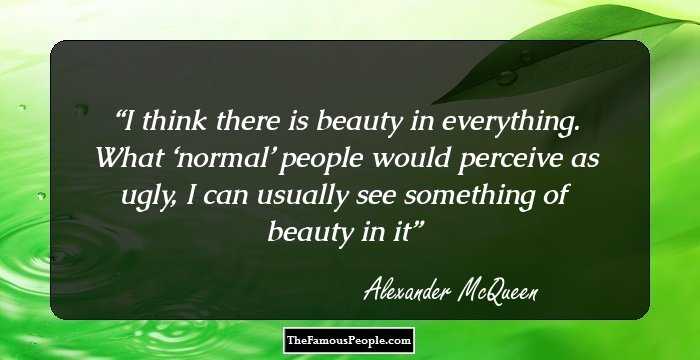 Alexander McQueen was one of the youngest designers to receive the 'British Designer of the Year' award in 1996. He went on to win the award three more times.

In 2003, he was made ‘Commander of the Most Excellent Order of the British Empire’ (CBE) in recognition of his contribution to the fashion industry.

Alexander McQueen was openly gay. In 2000, he married George Forsyth, a documentary filmmaker, in Ibiza. But the marriage wasn't official as same-sex marriage was illegal in Spain at that time. They separated after a year and remained good friends.

On February 11, 2010, he was found hanging in his home by his housekeeper and was pronounced dead by the doctors who arrived at the scene. The police records suggested drug over-dose and slashing of the wrists with a ceremonial dagger.

His funeral took place on February 25, 2010, at ‘St. Paul's Church,’ Knightsbridge, West London, and the ashes were scattered in the Isle of Skye.

He left £50,000 for his pet dogs and £100,000 each for four charities, including the ‘Battersea Dogs and Cats Home’ in south London and ‘Blue Cross Animal Welfare Charity’ in Burford, Oxfordshire.

Pop musician Lady Gaga dedicated a song to him titled 'Fashion of His Love,' which was part of the special edition of her album 'Born This Way.'

A posthumous exhibition of McQueen’s work titled ‘Savage Beauty’ was hosted by ‘The Metropolitan Museum of Art’ in New York in 2011. 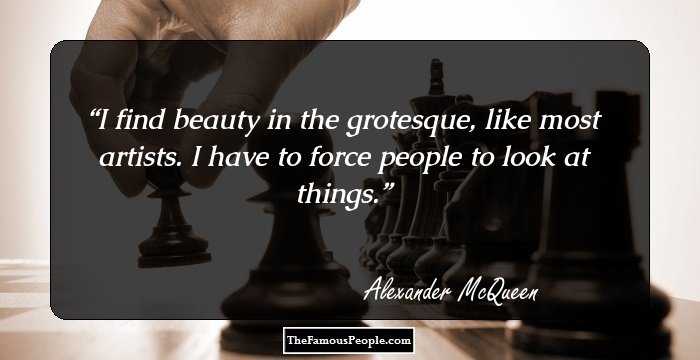 See the events in life of Alexander McQueen in Chronological Order