Advanced Search
Tan France, born Tanveer Wasim Safdar, is primarily a fashion designer from England who later ventured into television and writing. He is famous for starring as one of the ‘Fab Five’ queer experts on Netflix series ‘Queer Eye’, his expertise being fashion. He is also the host of the web series ‘Dressing Funny’ on Netflix’s YouTube channel, and co-host of ‘Next in Fashion’, a recent reality show on Netflix. During his fashion designing days, he launched ‘Kingdom & State’ - a clothing line that followed the Mormon dressing guidelines for women. He is probably the first Muslim person of South Asian origin to openly acknowledge his homosexuality on US television. He inspires hope for the minimally represented Asian gay community by embracing his Middle Eastern cultural background while also confidently accommodating his personal needs. ‘Naturally Tan’, his memoir, was published in the year 2019. He is presently based in Salt Lake City, Utah, where he resides with his husband Rob France. Hussein Chalayan
DID WE MISS SOMEONE?
CLICK HERE AND TELL US
WE'LL MAKE SURE
THEY'RE HERE A.S.A.P
Quick Facts

American People
British People
American Men
British Men
British Fashion Industry
British Fashion Designers
Career
After studying Fashion in college, Tan France started his career as a retail fashion designer. In the beginning he worked for fashion chain Zara, and later to diversify his experience in designing, delivering and wholesale manufacturing, he took up roles in major fashion lines like Selfridges, Chanel, and Bershka. His career in the United States of America began in 2008 where he was based out of fashion capital New York City. Soon after, in 2015 he moved to the US. After being Company Director at Shade Clothing, he launched his unique fashion line for women called ‘Kingdom & State’ that included clothes that followed the Mormon clothing guidelines. He followed this up by launching two other lesser significant clothing lines. Eventually, the styles that he created found favour with retailers like Forever 21 and ModCloth who purchased his designs. In 2016, he became the co-founder, fashion-designer, and CEO of the Rachel Parcell Inc clothing line, which sells at Nordstrom, an American luxury departmental store.
Recommended Lists:

American Fashion Designers
Taurus Men
Continue Reading Below
Rise to Stardom
Tan France eventually sold off his businesses and took retirement. Soon after, Netflix got in touch with him to appear as a fashion expert on ‘Queer Eye’, which was aired in February 2018. This was a turning point in his career as he became a household name, gracefully advising regular people, usually men, on the show on how to dress and get a fashion makeover.
In 2019, he made a special appearance alongside several other celebrities, in the song ‘You Need to Calm Down’ by Taylor Swift, which essentially demands equal rights for everyone, including homosexual people. In 2020, he made an appearance in a special charity edition of the British television baking competition ‘The Great British Bake Off’ in order to raise funds for ‘Stand Up To Cancer’. He is presently co-hosting reality show ‘Next in Fashion’ on Netflix.
Tan France is one of the most famous homosexual Muslim men on Western television. With his global stardom, he represents hope for the gay Asian community that generally suffers social ostracism. He published his memoir, ‘Naturally Tan’ in June 2019.
Family & Personal Life
Tan France was born Tanveer Wasim Safdar on April 20, 1983 in Doncaster, South Yorkshire, England to Pakistani Muslim parents. He went to Hall Cross School and later studied fashion at Doncaster College. During his teen years he assisted his grandfather who used to manufacture denim for Disney and other brands. This experience was his earliest tryst with apparels and eventually helped develop his interest in fashion. He also learned to cook when he was only ten years old.
Growing up in a conservative Muslim south Asian family, he had to dress modestly to hide his sexual preference. Having faced physical and verbal racism all his childhood, he found acceptance from his family much later in life.
He met his husband, Rob France on a work trip in January 2008. Rob is an illustrator belonging to a strict Mormon family. The hardships they faced in their similar strict religious upbringing brought them closer. They maintained a long-distance relationship, marrying in the US after the Defence of Marriage Act was overturned in 2013 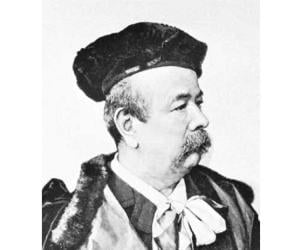