Aharon Appelfeld was a celebrated Israeli author and Holocaust survivor who wrote over two dozen novels as well as collections of poetry, essays and short stories. Born into a middle-class Jewish family in Eastern Europe, he was briefly interned in a concentration camp as a child during World War II. He witnessed the murder of his mother and was later separated from his father. Separation, resilience, and the healing power of spontaneous human connection are frequent themes in his work. His writings do not offer realistic depictions of the events of the Holocaust. Yet the suffering, death, and abandonment of Jewish people, especially children, echo in the background through memory and foreshadowing. His life has been a story of survival, resilience, and rebirth. His writings elaborate how other marginalized people in Europe—witches, prostitutes, vagrants, and criminals—aided refugees, especially children, in their quest to escape state-sanctioned violence. Although his poems, stories, and novels often look back to the dark scenes of his childhood, interviewers described the writer as remarkably warm, humorous, and forgiving. They found it hard to imagine that he was a person who at the age of nine, escaped under a fence and hid in the forests of Romania and Ukraine, surviving the threats of Nazism and World War. Joyce Carol Oates
DID WE MISS SOMEONE?
CLICK HERE AND TELL US
WE'LL MAKE SURE
THEY'RE HERE A.S.A.P
Quick Facts

Israeli Celebrities
Short Story Writers
Israeli Men
Male Poets
Male Writers
Childhood & Early Life
He was born as Ervin Appelfeld on February 16, 1932, in Czernowitz, Romania to Michael and Bunia Appelfeld.
He lived under Soviet occupation, from 1940 to 1941. In 1941 , the Romanian army retook the territory, storming Jewish neighborhoods. He heard a soldier shoot his mother, killing her in their home. He was transported with his father to a concentration camp in the Romanian-occupied region of Transnistria.
He escaped from the concentration camp and hid in the forests for three years, finding refuge among peasants, prostitutes, criminals, and vagrants. In 1944, he became a kitchen boy for the Soviet Army.

After the war ended, he traveled with other children and teenagers to a displaced persons camp in Italy, where he learned French and Italian from Catholic monks.

He immigrated to Palestine in 1946 and served in the Israeli Army from 1948 to 1950.
Continue Reading Below
Career

Although he had no formal schooling since the age of nine, he eventually graduated from Hebrew University in Jerusalem, studying with Max Brod, Martin Buber, and Gershom Scholem.

After graduating from Hebrew University, he taught at high school. He began publishing poetry in 1959, expanding to short stories with his collection, ‘Smoke’, in 1962 and novels with ‘The Skin and the Gown’ in 1971.
He became a literature professor at Ben Gurion University in Beersheba in 1977.

By the late 1970s, he had gained international acclaim as a writer for his examinations of the Holocaust. Yet he preferred to describe himself as a writer of Jewish stories who happened to have grown up during that era.

His first language was German, but he has mastered Yiddish, Ukrainian, Russian, English and Italian. He chose to write in Modern Hebrew, the language of his adopted country, Israel, even though he did not learn it until he was a teenager.

He published over twenty-five books in Modern Hebrew, but he often wrote in a language other than his mother tongue. Critics believe this was part of the unique nature of his work.

Many of his works have been translated into other languages than Modern Hebrew, including seventeen of his novels. His novel ‘Badenheim 1939’ was his first work translated into English, in 1980.
In the 1980s and 1990s, he traveled frequently in Europe and the United States to lecture and discuss his books and modern Jewish literature.

He was also a Professor Emeritus of Hebrew Literature at Ben Gurion University of the Negev.

Appelfeld’s novel Badenheim, published in 1939, was his first work translated into English. An allegorical satire, the novel crafts a fictional tale of a Jewish resort town in Austria shortly before its citizens are sent to Nazi concentration camps.

In 1999, he published a memoir, ‘The Story of a Life’, detailing his childhood escape from a Ukrainian labor camp, his evasion from getting captured, and his emigration to Palestine.

His 2006 novel ‘Blooms of Darkness’ tells the story of a young Jewish boy sheltered within a brothel in Ukraine during World War II.
Awards & Achievements

In 1979, he received Bialik Prize for literature (jointly with Avot Yeshurun).

In 1983, he was honored with Israel Prize for literature.
In 1989, he won the National Jewish Book Award for fiction for his novel 'Badenheim 1939'.
In 2004, he won Prix Médicis (foreign works category) for his autobiography, 'The Story of a Life: A Memoir'
In 2005, he was awarded with Nelly Sachs Prize by the city of Dortmund.
He won the Independent Foreign Fiction Prize for his novel Blooms of Darkness, Great Britain, 2012.
Personal Life, Legacy & Death
In 1960, when Appelfeld was twenty-eight years old, he found his father’s name on a Jewish Agency list of immigrants due to arrive from Eastern Europe. He then located him in a refugee camp in Be’er Tuvia, Israel.

He married his wife Judith, an Argentinian immigrant, in 1964. They had three children, Meir, Yitzak, and Batya, and several grandchildren.

He continued to empathize with displaced people and often spoke with Ethiopian and Russian Jewish immigrants residing in the absorption center near his home.

Appelfeld’s blond hair and blue eyes helped him pass as non-Jewish during his escape from the concentration camp. He called himself “Janek.”

In 2012, when he received the Independent Foreign Fiction Prize, he was the oldest recipient ever.
Recommended Lists:
Writers #5839

See the events in life of Aharon Appelfeld in Chronological Order 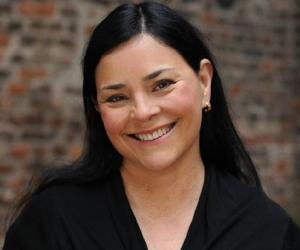