A J Jacobs is a popular British rapper and the one half of the hip-hop duo ‘AJ x Deno’. He is also a rising social media influencer. Influenced by his brother’s popularity on social media, Jacobs flagged off his career online as a YouTuber. After vlogging for a few months, he met Deno Driz at a YouTube meet and greet. The duo’s passion for music helped them bond, and they decided to collaborate by creating a band. With the birth of AJ x Deno, they started focusing on music more exclusively and grew popular with the viral single ‘Know Me’. Since then, AJ x Deno have released many other popular singles such as ‘Chase’, ‘London’, and ‘How We Do’. Their music video for ‘London’ has crossed over 33 million views on YouTube and still remains a popular track even after a year. A J Jacobs is currently working on his first EPHe also performs shows across the country with Deno Driz. Apart from this, Jacobs is also well-known as a social media celebrity on Instagram, with over 2,74,000 followers. As an influencer, he is currently the brand ambassador for FashionNovaMen. 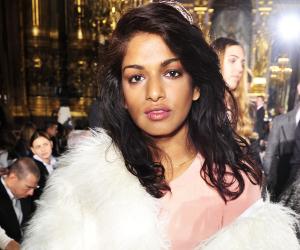 British People
Black Rappers
British Men
Male Rappers
Male Singers
Rise to Fame
AJ Jacobs, like many other youngsters, made a name for himself through social media. He started off by posting videos on YouTube, where he mostly focused on popular topics and tags; however, he recognized that his passion lay in music and he decided to venture in this direction. At the same time, the young Eritrean-British singer Deno Driz was trying to establish himself as a professional singer and AJ and Deno ended up meeting at a YouTube convention. They hit it off and decided to become music partners by collaborating under the name ‘AJ x Deno’. After establishing the hip-hop duo, both rappers started covering various songs as well as releasing their own tracks. Their claim to fame came with the viral hit ‘Know Me’ in 2016. The song was immediately liked by thousands and shared widely as well. The duo followed this up with other popular tracks such as ‘Chase’, ‘Coming for You’, and ‘How We Do’. The official video for ‘Chase’ crossed over 1 million views within a week of its release on YouTube.
Their latest single ‘London’ was released in May 2018 on GRM Daily, and the duo collaborated with the popular rapper EO for this. The video on YouTube currently has over 33 million views and continues to increase by the day. With many such popular gigs in the making, AJ x Deno are currently busy working on their first EP. They also tour across the country and were recently seen performing in Nottingham, Bristol and the London Headlines Show. Independently, AJ has also released the single ‘Young and Fly’ on Spotify and iTunes. More recently, he was seen interacting with several other popular social media celebrities and singers at the Wireless Festival. He is currently represented by the agency Primary Talent.
Alongside his musical career, Jacobs also enjoys an enviable standing as a social media influencer. He is most popular on Instagram, where he currently has over 274K followers. Each of his posts garners thousands of likes and comments. Jacobs has also endorsed several brands and companies through this social media channels. He is currently the ambassador for FashionNovaMen™, a global fashion brand.
You May Like

Pisces Singers
Pisces Rappers
British Singers
British Rappers
Continue Reading Below
Family & Personal Life
AJ Jacobs was born on March 13, 2001 in London, England and he spent his growing up years in London as well. His brother, Jaziah Jacobs, is a popular YouTuber and boththe brothers have often vlogged together. He also has two little sisters. He was previously in a relationship with the American blogger and YouTuber Chandler Alexis, but the duo broke up early in 2019. Alexis recorded the reasons behind their breakup through a live YouTube session. Since then, Jacobs hasn’t been seen with anybody else and hasn’t revealed his relationship status.
Recommended Lists:

Pisces Men
Trivia
The popular singer and songwriter Chris Brown uploaded a video of AJ x Deno on his Instagram profile, citing his praise for the duo’s talents. This helped them become more popular.