Deno Driz is a pop singer and social media personality who first earned popularity for his song videos on Instagram. From posting his first song video on the social platform in 2015 to featuring in rapper Stormzy’s album, Driz has come a long way in the global entertainment industry. He initially rose to fame after his cover of Geko's "Over and Under" instantly went viral on Instagram in 2016. Since then, he has been impressing millions across the globe with his extraordinary vocal talent. His popularity rose steadily over the ensuing years and he was even profiled on BuzzFeed! He is currently a member of the duo AJ x Deno, alongside the young singer and rapper AJ. Despite being still in his teens, Driz has already achieved considerable success as a pop singer. As determined as he is talented, the youngster is surely on his way to reach greater heights of fame in future! British People
Virgo Singers
Male Singers
British Singers
Male Pop Singers
Rise to Stardom
Deno Driz started out on Instagram in 2015, with his first song video being "Thinking Out Loud” by Ed Sheeran. This was followed by other songs like “Fine Girl” by ZieZie, DJ Snake’s "Let Me Love You" and Geko's "Over and Under." All of these videos became popular and helped the aspiring singer gain a loyal fan following.
In March 2016, Driz was noticed by the famous rapper Stormzy, who invited him to be featured on his new studio album. That year, he was also profiled on BuzzFeed. He then went on to form the musical duo AJ x Deno, with the singer AJ. They released the track "Ride or Die" in 2017.
In July 2018, the young singer’s dream came true when he performed on the main stage at the ‘Wireless Festival with some of the biggest artistes in the world. The following month, Driz released his new mixtape "Next Up?" that became an instant hit, garnering over a million views in just two weeks! This was followed by a collaborative song, “Advice,” which too earned positive attention from the listeners.
Deno Driz is indeed a rising star. His unique voice has been recognized not just by Stormzy but also by many other famous musical artistes like Ed Sheeran and Chris Brown.
You May Like

Virgo Pop Singers
British Pop Singers
Virgo Men
Continue Reading Below
Family & Personal Life
Deno Driz was born on September 23, 2002 in London, England. He is very close to his mother, who has been very supportive of his singing career. She also helps him deal with his tight schedule and aids him in managing his activities in order to ease his growth as an upcoming artiste.
It is only because of his mother that Driz has been able to balance his school life along with his musical commitments. He also appreciates the opinions of his other family members and friends. They even follow him to the studios to boost his morale! Chubby and cute besides being talented, the young singer has won the hearts of numerous fans across the world. Deno Driz encourages his fans and followers to work hard towards achieving their dreams. He tells them "No matter what, keep grinding!” 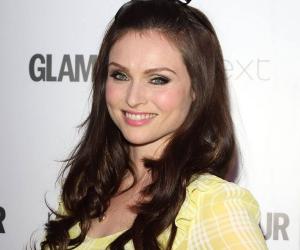