Cher Lloyd is an English singer, songwriter, and rapper who rose to international prominence with the success of her debut studio album ‘Sticks and Stones.’ The lead single of the album, ‘Swagger Jagger,’ not only debuted at number one on the UK Singles Chart, but also became highly popular in other parts of the world, thus heralding the entry of the young singer into the international music scene. Born into a family with a deep love for music, it did not take Cher long to realize which field to follow. Even as a little girl she displayed an innate talent for performing in front of others and actively participated in school and neighbourhood functions. As a student she studied performance arts and also attended the theatre arts school Stagecoach. Taking forward her passion, she auditioned for the reality completion show ‘The X Factor’ many times before finally clearing the auditions in 2010. Her stint in the show brought her to limelight. Even though she was eventually eliminated from the competition, she was successful in gaining a contract with Syco Music which helped her launch her singing career. In addition to her musical skills, the young singer is also known for sporting a variety of tattoos on different parts of her body.
Continue Reading Below British People
Leo Singers
Leo Rappers
Women Singers
Female Rappers
Childhood & Early Life
Cher Lloyd was born on 28 July 1993 in Malvern, Worcestershire, England, United Kingdom, to Darren and Dina. She has three younger siblings, brother Josh, and sisters Sophie and Rosie. As a little girl she travelled around Wales with her parents in a caravan.
She was born with an innate love for music and displayed a strong love for performing in front of others even as a child. She studied performing arts at Dyson Perrins High School and also attended the theatre arts school Stagecoach.
Though she regularly performed at school functions and parties, she wanted to take it forward and perform in front of bigger audiences. Thus she decided to audition for the reality television music competition ‘The X Factor.’ She was rejected many times before finally clearing the audition in 2010 with a rendition of the Keri Hilson version of ‘Turn My Swag On.’
She performed brilliantly in the competition during the initial few weeks but was eventually eliminated in fourth place. However, by this time she had become very popular among the audience and also the judges, and managed to attract the attention of executives at Syco Music who signed her to a contract.
Continue Reading Below
You May Like

Who Is The Most Popular BTS Member?
Career
Cher Lloyd released her debut single, ‘Swagger Jagger’ in July 2011. The single peaked at number one on the UK Singles Chart and number two in Ireland. It also debuted at number 79 on the Mega Top 100 in the Netherlands. Her second single, ‘With Ur Love’ and third single ‘Want U Back’ also performed exceedingly well.
In November 2011, she released her debut album ‘Sticks and Stones’ which included all her previously released hit singles. The album entered the UK Albums Chart at number four and peaked at number seven in Ireland. It was ranked at number nine on the Billboard 200 in the United States. The album sold millions of copies worldwide within a few months of its release, thus establishing Cher as a rising musical star.
Spurred by the resounding success of her debut album, she immediately started working on her next album. However, the release of her second album was considerably delayed due to certain unforeseen reasons. The album, aptly title ‘Sorry I'm Late,’ was released on 23 May 2014.
While the album peaked at number 12 on the U.S. Billboard 200 chart and at number 21 on the UK Albums Chart, it could not match the charting success of its predecessor. However, it still went on to become a massive commercial success and even outsold its predecessor!
In July 2016, Cher Lloyd released her single ‘Activated,’ which will also be featured on her upcoming third studio album. As of May 2017, she was busy working on her new album.
Major Works
Cher Lloyd’s debut album ‘Sticks and Stones’ featuring the singles ‘Swagger Jagger,’ ‘With Ur Love,’ and ‘Want U Back’ was a massive hit, selling over 55K copies in its opening week in the UK. So far it has sold more than 700K copies worldwide.
Awards & Achievements
Cher Lloyd won the Teen Choice Award for Choice Summer Song for ‘Really Don't Care’ (Demi Lovato featuring Cher Lloyd) in 2014 and Radio Disney Music Award for Musical Mashup – Best Collaboration in 2015 for the same song.
Personal Life
Cher Lloyd got engaged to Craig Monk in January 2012. They got secretly married in November 2013.
She is known for her love for tattoos and sports several of them, including a design of a cage holding a bird to represent her deceased uncle.

See the events in life of Cher Lloyd in Chronological Order 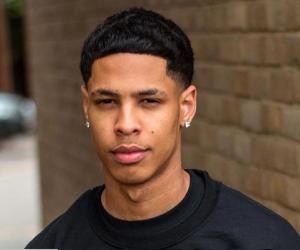