Josh Tate is an English grime artist who is more popular by his stage name, Little T. A native of the city of Blackpool, Tate is growing up at a time when grime music is exploding all over the United Kingdom. Affiliated with the popular YouTube channel BG Media, Tate has been putting out tracks since he was quite young. Some of his popular tracks are ‘#STOPBULLYING’, ‘Never Be’ and ‘Chit-Chat’. In 2016, he got into a feud with fellow Blackpool grime artist Soph Aspin, and in the ensuing few weeks, they released several diss tracks aimed at each other. Ultimately, the feud helped both of them in reaching a wider audience. According to Tate, his music has evolved over the years. As opposed to singing about girls, as he once used to, he now sings about social situations. 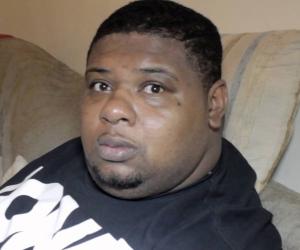 Big Narstie
DID WE MISS SOMEONE?
CLICK HERE AND TELL US
WE'LL MAKE SURE
THEY'RE HERE A.S.A.P
Quick Facts

British People
Male Rappers
Male Singers
Gemini Singers
Gemini Rappers
Rise to Fame
Having been rapping since he was 11 years old, Little T has been at the forefront of the grime movement in Blackpool. The genre itself came out in London in the early 2000s. It draws heavily from earlier UK electronic music styles, including UK garage and jungle and is influenced by dancehall, ragga, and hip hop. Rapping is also an important component of grime music, and like rap, the lyrics generally portray the harsh realities of urban life. After finding its initial fans through pirate radio stations and the underground scene, grime became part of the modern mainstream British music industry through the works of Dizzee Rascal, Kano, Lethal Bizzle, and Wiley. It is widely regarded as the most prominent musical development in the UK in the last few decades.
BG Media has been active in Blackpool’s music scene for years, providing the talents in the city with a powerful platform. One of Little T’s first songs for them was ‘Tell Em’. Released in March 2016, it was a collaborative effort between Little T and Chewta. On November 9, 2016, he released the track ‘#STOPBULLYING’, in which he talks about his own experiences with bullies. As an emerging public personality, he has to endure his share of cyberbullying. Little T does not seem to mind that, as he believes that any publicity is good publicity.
The musical feud between Little T and Soph Aspin started sometime in mid-2016. It was Little T who started it, after apparently learning that she was criticising him to other people. Aspin holds the belief that Little T began the feud because he felt that she was stealing his spotlight. At the time, Aspin was not affiliated with BG Media but she was rapidly becoming popular in Blackpool’s music scene. They went back and forth several times before things settled down between them. Both of them profited from the feud, having been exposed to a wider audience. Aspin subsequently joined BG Media, becoming their first female artist.
In January 2017, he put out ‘Never Be’, a diss track aimed at fellow BG artist Millie B. He was also featured in Aspin’s diss track against Mille B. Little T has stated that his lyrics have matured over the years. He previously used to write tracks about “girls and stuff” but he is currently more focused on “how it is in his situation” as a teenager in Blackpool.
You May Like

British Singers
British Rappers
Gemini Men
Continue Reading Below
Family & Personal Life
Josh Tate was born on May 28, 2003, in Blackpool, England, and is being raised alongside his sister, Charley. Little else is known about his family and upbringing. He is currently dating social media influencer Katie Flesher.