Zion Kuwonu is a Canadian pop singer, dancer and Instagram star. He is best known as one part of the Los Angeles-based five-piece American-Canadian pop boy band, ‘PrettyMuch,’ also stylized as ‘PRETTYMUCH’. Zion started to upload singing covers and dancing videos on his Instagram account and with time garnered hundreds of thousands of followers. He posted performing covers, which later caught attention of English reality television judge and producer Simon Cowell. This landed him up with a successful audition for ‘PrettyMuch’ formed by Cowell. Zion became the only non-American member of the band that also includes Nick Mara, Austin Porter, Brandon Arreaga, and Edwin Honoret. Zion gradually rose to fame along with the band. The band’s discography includes the EP, ‘PRETTYMUCH an EP,’ and singles like ‘Would You Mind’, ‘Open Arms’ and ‘10.000 Hours’ among others. 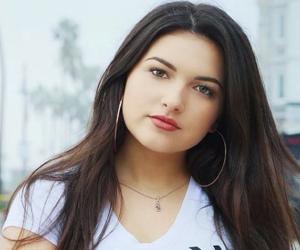 Canadian People
Male Singers
Cancer Singers
Canadian Singers
Male Pop Singers
Rise to Fame
From around December 2014, Zion started posting singing covers and dancing videos on his Instagram account, ‘zionkuwonu.’ Gradually, his Instagram account started gaining attention and went on to accumulate thousands of fans. Sony Music gave him an offer in 2015 to come to New York City. He continued posting performing covers, which were eventually spotted by Simon Cowell. Impressed by the budding talent of the Canadian pop singer, Cowell got Zion an audition for the boy band, ‘PrettyMuch.’ Cowell formed the American-Canadian pop boy band in 2016 with Nick Mara, Austin Porter, Brandon Arreaga, Edwin Honoret and Zion as its members. All members of the band except Zion are from the US.
Since the formation of ‘PrettyMuch’ in 2016, the members of the band, including Zion, have been living and training in Los Angeles. Starting from March 18, 2016, they shared a home in Los Angeles where they worked on their dancing skills apart from recording their first extended play. Zion gained popularity along with the band on social media for the first time in 2017 after their cover songs and dancing videos were uploaded.
He along with other members of ‘PrettyMuch’ performed their debut single, ‘Would You Mind,’ released in July 2017, at the Teen Choice Awards ceremony at the Galen Center, Los Angeles, California on August 1, 2017. They also sang a cappella version of the song on the red carpet at the 2017 ‘MTV Video Music Awards.’ ‘Would You Mind’ found place among the top 40 on Billboard's Mainstream Top 40 charts. He featured dancing and jumping with other members of the band in empty alleyways in the music video of ‘Would You Mind.’
Zion has been successful in increasing his social media presence through his Instagram account where till present he has accumulated over 450K followers. He has also gained decent fame on Twitter, where his account, ‘zion_kuwonu,’ has amassed more than 87K followers.
You May Like

Cancer Pop Singers
Canadian Pop Singers
Cancer Men
Continue Reading Below
Behind the Curtains
Zion Kuwonu was born Caleb Zion Kuwonu on June 29, 1999, in Ottawa, Canada. Not much is known about his family background, parents, childhood and education. He was raised along with his elder sister, Kékéli, and younger brother, Elom. During his childhood, he used to sing along with Kékéli.
According to sources, Zion has dated Jazmine Nunez. The present romantic association or dating status of Zion is not known. He has an adorable pet dog called Kobe, who frequently appears in his Instagram posts. Zion likes to lead a healthy lifestyle and goes to the gym regularly. He likes sports such as skateboarding and hockey and loves to dance. He also has interest in the online video game, Fortnite, and goes live on the live streaming video platform, Twitch, where his username is ‘zionthelion6.’ He is known to be allergic to apple juice. Presently Zion lives in Los Angeles, California, and visits his family in Canada from time to time.