Willdabeast Adams is an American dancer and choreographer. He has been part of numerous prestigious dance competitions and has collaborated with many big names in the arena of dance. He now organizes competitions and dance face-offs, with himself on the panel. Willdabeast also teaches dance in a number of reputed dance studios. He owns a dance studio and has his own website, too. He is quite active on social media, where his choreography-related posts have received millions of views. He has registered his presence in several popular dance conventions, which have helped him emerge as one of the top hip-hop choreographers in the world. His organization, 'immaBEAST,' is now regarded as one of the top hip-hop brands in the US and has brought several innovations to the American dance arena. Ian Eastwood
6th September In History
DID WE MISS SOMEONE?
CLICK HERE AND TELL US
WE'LL MAKE SURE
THEY'RE HERE A.S.A.P
Quick Facts

American People
Black Choreographers
American Men
American Dancers
American Choreographers
Career
Willdabeast had a very humble beginning. Initially, dance was just one of his hobbies. Willdabeast was never serious about making a career in dance, and never attended any dance studio. In 2005, he began considering dance as a serious career option.
In early 2008, Willdabeast joined a dance crew named 'Destined 2 Be.' He was then happy being part of the crew. He mostly performed freestyle dance, as he was not trained in any other form. He was spotted by a renowned dance studio after he performed at a festival. Willdabeast then joined dance classes to learn new forms. However, he struggled a lot to learn a few dance forms, especially ballet and jazz. His major struggle was to match the other students in the studio who were already ahead of him.
Willdabeast eventually became proficient in dance. By the time he turned 18, he decided to become a choreographer. As part of his dance crew, 'Destined 2 Be,' Willdabeast won the prestigious 'Indiana Black Expo' for two consecutive years. He and his group also performed with world-renowned groups and choreographers such as ‘Breaksk8,’ Jason Derulo, LeToya Luckett, Coolio, and Usher. Following this, he participated in 'America’s Got Talent,' which brought him in the limelight. This marked a career breakthrough for Willdabeast. He decided to move to Los Angeles to upgrade his skills. In Los Angeles, he studied at a few top-notch dance studios, such as the ‘Debbie Reynolds Studio,’ the ‘Millennium Dance Complex,’ and the ‘Debbie Allen Dance Academy.’ Willdabeast had a life-changing experience there. He encountered several talented dancers, which boosted his confidence but threw some challenges, too. During his football days, Willdabeast was once badly injured, which eventually became an obstacle in his dance career. Despite that, Willdabeast successfully emerged as a world-class dancer.
In Los Angeles, Willdabeast’s career attained great heights. He worked with a number of renowned choreographers such as Free, Fatima Robinson, Dave Scott, Rosero, Sakinah LeStage, and Shane Sparks. He also worked in a few movies, videos, industrials, and short films. Willdabeast landed a job as a choreographer for a 'Nike' commercial, too.
In 2010, Willdabeast became part of the renowned rap artist T-Pain’s world tour, which helped him promote himself. By then, he was already proficient in the hip-hop form of dance. He continued attending dance conventions such as 'Monsters of Hip Hop' and 'Pulse on Tour.' He was also invited as the guest choreographer on the popular dance show 'So You Think You Can Dance.' Willdabeast has choreographed dance sequences on several TV shows such as 'Glee,' 'American Idol,' and 'America's Best Dance Crew.' Some of his studio competition title honors include 'Mr. Starquest,' 'Mr. Starpower,' 'Footloose,' 'Hall of Fame,' and 'Masquerade.'
The inception of 'immaBEAST' & Other Ventures
The year 2013 was the golden period in Willdabeast’s career, as he laid the foundation of his dance company and named it 'immaBEAST.' To offer world-class faculty, he auditioned hundreds of dancers from all over the country and finalized only 60 of them. He now conducts auditions every year, to hunt the best talents in the country. In an attempt to promote his academy, Willdabeast decided to step into the social-media arena. He created a 'YouTube' channel named after his academy, where he posts choreography videos.
One of the first choreography videos posted on the channel was a performance on Beyoncé’s track ‘Upgrade U.’ The video has over 112 million views. The channel has earned more than two million subscribers.
In 2015, Willdabeast turned the annual 'immaBEAST' audition into a dance-training and workshop routine under the title 'BuildaBeast Experience.' This five-day convention held every year in California offers four workshop sessions with some of the top choreographers in the industry. The 'immaBEAST' audition is conducted on the fifth day.
Willdabeast choreographed the nominee announcement sequence of the 2016 ‘BET Awards.’ He was also part of an advertisement campaign for 'Hennessy.'
In 2017, Willdabeast started a dance studio called 'IMMA SPACE.' This studio runs under his parent company. It offers live choreographies. The first live choreography created by the studio, which was on Bruno Mars’s track ‘That's What I Like,’ was released on February 28, 2017. World-renowned choreographers such as Brian Friedman, Tricia Miranda, Janelle Ginestra, and Phil Wright train dancers at this studio. Willdabeast is also credited for launching 'The Beast Network,' the first ever on-demand live-stream choreography video service, meant exclusively for professional and amateur dancers. Presently, Willdabeast also works with the 'Millennium Dance Complex.'
Recommended Lists:

Virgo Men
Continue Reading Below
Relationship
Willdabeast is engaged to the famous dancer Janelle Ginestra. The two first met at a dance showcase. Their friendship eventually bloomed into a passionate affair, and they began dating each other. Janelle has supported Willdabeast throughout his career. From being dance partners and business partners, they are now on their way to becoming life partners.
Willdabeast and Janelle got engaged in May 2017.
Personal Life
Willdabeast was born William Adams, on September 6, 1988, in Indianapolis, Indiana.
Interestingly, Willdabeast’s first love was football. He grew up as a football fan. He played the sport in his hometown when he was very young. Dance was never on his list of career options. However, destiny had other plans, and Willdabeast ended up becoming a world-class choreographer. 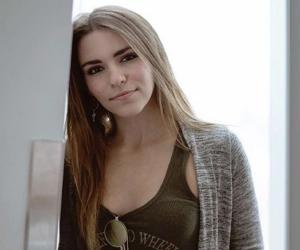 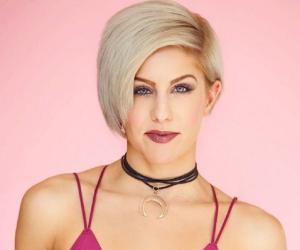