(Only Perosn to be Nominated at the Oscars Twice for Acting, Directing, Writing and Producing his Movies 'Heaven Can Wait' and 'Reds')

Warren Beatty is an ‘Academy’ award-winning American actor and filmmaker. He is best known for producing, directing, and starring in the epic drama film ‘Reds.’ He has 14 ‘Academy Award’ nominations under his belt. Warren is the only person to have been twice nominated for acting, directing, writing, and producing; first for ‘Heaven Can Wait’ and again for ‘Reds.’ Born into a family of educators, he grew up to become one of the most respected personalities in Hollywood. Talented and charming from a young age, he was encouraged to try his hand at acting by his sister, a Hollywood actress. After studying under the famed acting teacher Stella Adler, he embarked on his professional career. Even though his Broadway debut turned out to be a flop, the young actor got noticed for his acting skills and was subsequently offered film roles. His film debut as a disturbed teenager in the sexually charged ‘Splendor in the Grass’ was well received and laid the foundation for his successful Hollywood career. After establishing himself as an actor, he tried his hand at direction and production as well. He has been decorated with several honors in recognition of his contribution to the film industry. Evan Peters
30th March In History
DID WE MISS SOMEONE?
CLICK HERE AND TELL US
WE'LL MAKE SURE
THEY'RE HERE A.S.A.P
Quick Facts

Henry Warren Beaty was born on March 30, 1937, in Richmond, Virginia, U.S. His mother Kathlyn Corinne was a teacher. His father Ira Owens Beaty had a PhD in educational psychology and worked as a public school administrator. His grandparents were also educators.

He attended ‘Washington-Lee High School’ in Arlington where he emerged as a star football player. By this time, his elder sister Shirley MacLaine had ventured into acting, which motivated him to pursue acting.

He was reportedly offered several football scholarships to college, but he declined them and chose to study liberal arts at ‘Northwestern University’ in 1954. He left the university after a year to study acting under Stella Adler at the ‘Stella Adler Studio of Acting.’

In the late-1950s, he began his acting career with some television roles, including a recurring part in ‘The Many Loves of Dobie Gillis.’ He made his Broadway debut in 1959 in the William Inge drama ‘A Loss of Roses’ which fared badly. However, the young actor’s performance got him noticed and earned him film roles.

He appeared in his first feature film ‘Splendor in the Grass’ in 1961, starring opposite Natalie Wood. His portrayal of a wealthy but emotionally tormented teen earned him a nomination for the ‘Golden Globe Award’ for ‘Best Actor.’

In 1967, he produced and acted in ‘Bonnie and Clyde,’ which was a critical and commercial success. It was nominated for ten ‘Academy Awards.’

The 1970s was a highly productive time for Warren Beatty; he appeared in critically acclaimed movies like ‘Shampoo’ (1975) and ‘Heaven Can Wait’ (1978). He also produced and co-directed ‘Heaven Can Wait.’

He undertook his most ambitious work in 1981. He co-wrote, produced, directed, and starred in ‘Reds,’ a historical epic film about American Communist journalist John Reed who observed the ‘Russian October Revolution.’ The film was nominated for several ‘Academy Awards’ and won Beatty the award for ‘Best Director.’

Warren Beatty was quite selective in choosing his roles and did not appear in any other major films during the 1980s. In 1991, he co-produced and starred in the crime-drama film ‘Bugsy,’ which narrates the story of mobster Bugsy Siegel and his relationship with Virginia Hill.

In 1998, he co-wrote, co-produced, directed, and starred in ‘Bulworth,’ a political comedy co-starring Halle Berry, Oliver Platt, Don Cheadle, and Paul Sorvino. The film generated a great deal of controversy due to its political nature, but received a positive reception from film critics.

In 2001, he starred in ‘Town & Country’ which proved to be a box office disaster. Following this debacle, Beatty did not sign film projects for several years.

He wrote, produced, directed, and starred in the film ‘Rules Don't Apply’ in 2016, his first feature film in 15 years.

He portrayed ‘Clyde Barrow’ in the biographical crime film ‘Bonnie and Clyde,’ which went on to become one of his best known works. The film broke many cinematic taboos and was popular with the younger generation. Considered a landmark film in Beatty’s career, it became a huge commercial as well as critical hit.

He produced, co-directed, and starred in the comedy film ‘Heaven Can Wait,’ which was well received by the critics. It also performed well at the box office. The film was nominated for nine ‘Academy Awards.’

The drama film ‘Reds,’ which was co-written, produced, and directed by Warren Beatty, is considered by many to be his magnum opus. The film revolves around the life and career of John Reed, a journalist and writer who chronicled the ‘Russian Revolution’ in his book ‘Ten Days That Shook the World.’

He received the ‘Akira Kurosawa Lifetime Achievement Award’ in 2002 at the ‘San Francisco International Film Festival.’

In 2007, he was honored with the ‘Golden Globe Cecil B. DeMille Award.’

In 2011, he was awarded the ‘Stanley Kubrick Britannia Award.’

Warren Beatty was known for his casanova image in his younger days. He was linked with several women, including Madonna, Serena, Mary Tyler, Jacqueline Onassis, Brigitte Bardot, Janice Dickinson, Jane Fonda, Princess Margaret, and Carly Simon among others.

He tied the knot with actress Annette Bening in 1992. The couple has four children.

See the events in life of Warren Beatty in Chronological Order 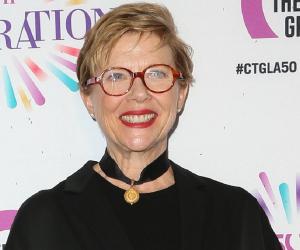