Annette Carol Bening is an American actress, best known for her performance in the movie ‘American Beauty’. She was born in Kansas and brought up in San Diego, where she attended the ‘Mesa College’ for two years. It was while studying there that she first became interested in acting, eventually earning her bachelor’s degree in theatre arts from the ‘San Francisco University’. She began her acting career on stage at the age of 22 and debuted on television at 28. A year later, she landed her first Broadway play, while her movie career began at the age of 30. The talented actress earned her first ‘Academy Award’ nomination at 32. Her most notable film roles include ‘The Grifters’, ‘Bugsy’, ‘American Beauty’, ‘The Kids Are All Right’ and ‘20th Century Women’. She is equally active on stage and her latest appearance was as Kate Keller in the Broadway revival of ‘All My Sons’ in April 2019. 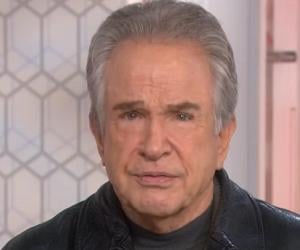 American People
Kansas Actresses
San Francisco State University
Gemini Actresses
American Actresses
Childhood & Early Life
Annette Carol Bening was born on May 29, 1958 in Topeka, Kansas. Her father Arnett Grant Bening was a sales training consultant and insurance salesman, while her mother Shirley Katherine née Ashley was a church singer and soloist.
Bening was the youngest of her parents’ four children. She has an elder sister called Jane and two elder brothers named Bradley and Byron. The family moved to Wichita, Kansas in 1959, where she spent her early childhood.
In 1965, they moved to San Diego, where she was enrolled at ‘Green Elementary School’. She then studied at ‘Pershing Middle School’ before moving to ‘Patrick Henry High School’, graduating from there in 1975. After finishing school, Bening worked on a dive boat for a year, before enrolling in the ‘San Diego Mesa College’.
In college, she stumbled upon a university theatre program and became highly interested in it. Eventually, she learned every aspect of acting. She also started taking part in outside productions, appearing as a dancer in ‘The Green Show’ and doing two plays with the ‘San Diego Repertory Theatre’.
In 1978, she moved to San Francisco to study acting as part of the advanced theatre training program at the ‘San Francisco State University’. She finally earned her bachelor’s degree in theatre arts in 1980. Thereafter, she joined the ‘American Conservatory Theatre’ and received her professional training there.
Continue Reading Below
Career
Annette Bening began her acting career in 1980 when she started working for the Colorado Shakespeare Festival company. She remained there until 1983, and then she joined the ‘American Conservatory Theatre’ in San Francisco. She spent the 1985-1986 season with the ‘Denver Center Theatre Company’ and starred in their productions like ‘Macbeth’, ‘Pygmalion’ and ‘Cherry Orchard’ during this period.
In November 1986, she made her off-Broadway debut as the protagonist in the play ‘Coastal Disturbance’. When the production was transferred to Broadway in February 1987, she continued to play the same role.
She made her television debut in 1986 by appearing in the television film ‘Manhunt for Claude Dallas’. It was followed by two television series ‘Miami Vice’ and ‘Wiseguy’ in 1987.
In 1998, while Bening was appearing on Broadway in a leading role in ‘Coastal Disturbance’, she also made her film debut in ‘The Great Outdoors’. It was followed by the Colin Firth-starrer drama film ‘Valmont’ (1989), in which she appeared as Marquise de Merteuil.
Impressed by her performance in ‘Valmont’, Frears cast Bening as Myra Langtry in his neo-noir crime drama film 'The Grifters’ (1990). She not only received critical acclaim for her portrayal of Myra, but also earned her first ‘Academy Award’ nomination. Thereafter, she was seen in important roles in films like 'Postcards from the Edge' (1990), 'Guilty by Suspicion' (1991) and 'Regarding Henry' (1991).
In 1991, she got her first leading role, appearing as Virginia Hill opposite Warren Beatty in ‘Bugsy’. Thereafter, she took a three-year break before working again with Beatty in ‘Love Affair’ in 1994.
In 1995, Bening portrayed Queen Elizabeth in ‘Richard III’ and Sydney Ellen Wade in 'The American President'. These films were followed by equally notable ‘Mars Attack’ (1996), ‘The Siege’ (1998), ‘In Dreams’ (1999) and ‘American Beauty’ (1999). She earned an ‘Academy Award’ nomination in the ‘Best Actress’ category for her role as Carolyn Burnham in Sam Mendes-directed movie ‘American Beauty’.
She began the new millennium with the sci-fi film ‘What Planet Are You From’ (2000), before starring in the action movie ‘Open Range’ (2003). The year 2002 saw her return to small screen when she appeared in five episodes of 'Liberty's Kids'. It was followed by the TV show 'The Sopranos' in 2004 and the made-for-television film 'Mrs. Harris' in 2005.
In the 2000s, Bening received two more ‘Academy Award’ nominations in the Best Actress category for her roles in the films ‘Being Julia’ (2004) and ‘Kids Are All Right’ (2010). In between, she appeared in notable movies like ‘Running with Scissor’ (2006), ‘The Women’ (2008), ‘Mother and Child’ (2009).
She returned to stage in 2014, appearing as Goneril in ‘King Lear’ at the famous Delacorte Theater, New York City. Concurrently, she continued to star in films like ‘Ruby Sparks’ (2012), ‘Girl Most Likely’ (2012), ‘The Face of Love’ (2013), ‘The Search’ (2014), ‘Danny Collins’ (2015), etc.
As of April 2019, Benning’s last release is ‘Georgetown’, while her another film ‘Hope Gap’ is currently in the pre-production stage. Earlier in 2019, she was seen in the twin roles of Supreme Intelligence and Dr. Wendy Lawson in the superhero movie ‘Captain Marvel’.
Major Works
Annette Bening is best remembered for her role as a young hustler in ‘The Grifters’, a movie adaptation of Jim Thompson's novel of the same name. Although she did not play a starring role in it, she earned great critical as well as popular acclaim for her artful performance as a con artist.
Family & Personal Life
Annette Bening got married to choreographer J. Steven White on May 26, 1984. After staying together for six years, the couple got divorced in 1991.
She married actor and filmmaker Warren Beatty on March 3, 1992. They have four children together; including two sons, Stephen and Benjamin; and two daughters called Isabel and Ella.
Bening is an ordained minister at the Universal Life Church Monastery.

See the events in life of Annette Bening in Chronological Order