Vladimir Putin is the current President of Russia. He is considered an autocrat with little respect for human rights and has been accused of ordering assassinations of his critics and opponents. Besides being the President, he has also served as the Prime Minister and was a foreign intelligence officer before entering politics. He was born in a middle class family and had a dream of becoming an intelligence officer since childhood. He realized this dream when he entered KGB, the Russian intelligence agency. He was posted in various places as an undercover agent. For a large part of his life, he served at the agency. Eventually, he got involved in political affairs of the country and resigned from KGB. He then, diligently worked for the welfare of the country and its people, which soon earned him recognition. Finally, when the then President of Russia Boris Yeltsin decided to step down from his post, he found no better successor than Vladimir Putin and appointed him as the President of the country. A few months later, the elections took place and there too, he emerged as the winner. The deft handling of issues with admirable efficiency led to his re-election for a second term to the office of President of Russia. Since as per Russian constitution, he was ineligible to run for presidency for the third consecutive term, Dmitry Medvedev ran for the office of the President and Putin became the Prime Minister. In 2012, when Medvedev's term ended, Vladimir Putin once again became the President for the third time. In 2018, he was re-elected for his fourth term as President. Lyudmila Putina
DID WE MISS SOMEONE?
CLICK HERE AND TELL US
WE'LL MAKE SURE
THEY'RE HERE A.S.A.P
Quick Facts

During 1960-68, he attended the Primary School No. 193 located at Baskov Lane. He then joined the High School No. 281, and even took interest in sports like sambo (a martial art form) and judo.

In 1970, he enrolled at the Leningrad State University Law Department, and as a student he joined the Communist Party of the Soviet Union. During the same time, he encountered the Russian politician Anatoly Sobchak.

He worked on his thesis entitled The Most Favored Nation Trading in International Law, and in 1975, he graduated from the university. 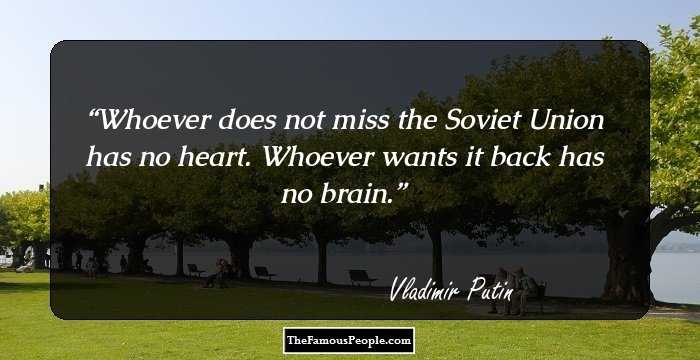 Soon after graduating from law school, Vladimir Putin entered the government-run intelligence agency KGB (Komitet Gosudarstvennoy Bezopasnosti). At the beginning of 1980s, he was trained at the KGB School No. 1, Moscow.

He worked for the KGB agency’s Directorate Secretariat and then was employed at the Counterintelligence Division. He was again sent for training by KGB to Andropov Red Banner Institute to prepare him for his trip to Germany.

During the period 1985-90, he operated in the Dresden city of East Germany as an undercover agent. Vladimir’s hard work earned him the position of lieutenant colonel and eventually he became the senior assistant to the head of the department in the intelligence office.

In 1990, he traveled back to Leningrad and was appointed to the Leningrad State University as the rector, in which capacity he handled international relations.

He became the First Deputy Chief of Staff of the Presidential Executive Office in 1998, and the same year, he joined office as the Director of the Federal Security Service. The following year, he became the Secretary of the Security Council of the Russian Federation.

In March 2000, he was elected as the President of Russia and also served a second term after being re-elected to the office in 2004.

As per Russian constitution, he was ineligible to run for presidency for the third consecutive term. Hence, in 2008, Dmitry Medvedev ran for the office of the President and won the election. Medvedev appointed Vladimir Putin as the Prime Minister of Russia. 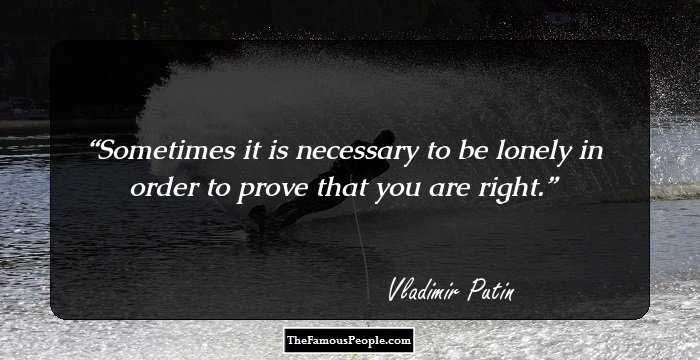 The 2010 Russian Wildfire had a huge aftermath. Crops were destroyed and thousands died due to the smog that was created by the fire. The President took special care to help people overcome this situation and he himself took charge of the reconstruction of homes and provided compensation to the victims.

In 2014, Vladimir Putin ordered Russian army into Ukrainian territory and annexed Crimea after a disputed referendum in which Crimeans voted to join the Russian Federation. As a result of this, many countries slapped economic sanctions against Russia.

He received the Bronze Medal for Faithful Service to the National People’s Army issued by the German Democratic Republic in the year 1989.

In 2006, he was felicitated with the Grand-Croix (Grand Cross) by the President of France, Jacques Chirac. The following year, he was named Person of the Year by Time magazine.

Vladimir Putin was the recipient of the King Abdul Aziz Award in 2007 by Saudi King Abdullah. The same year, he was awarded with the Khalifa bin Zayed Al Nahyan Award by the president of the UAE.

In 2011, he was awarded with an honorary doctorate by the University of Belgrade. 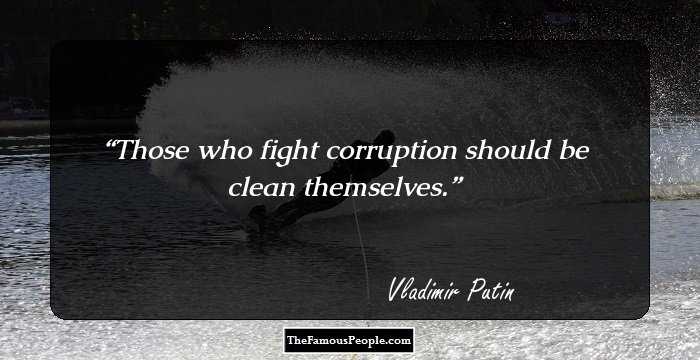 On 28th July 1983, Vladimir Putin married Lyudmila Shkrebneva after a courtship of about three years. The couple was blessed with two daughters, Maria and Yekaterina.

Over the years, Vladimir Putin has been romantically linked to several women, but these are regarded as rumors and Putin has denied such allegations. Vladimir Putin and Lyudmila Shkrebneva announced their separation in 2013 and within a year, their divorce was finalized.

Quotes By Vladimir Putin | Quote Of The Day | Top 100 Quotes

See the events in life of Vladimir Putin in Chronological Order