Vijay Mallya is an Indian businessman and former politician. He lives in the UK and is currently facing several charges of financial crimes. Attempts are being made by the Indian government to convince the UK to extradite him. Known as the “King of Good Times,” Mallya is known for his extravagant lifestyle. He is the chairman of the ‘United Breweries Group’ and the former chairman of the largest spirits company in India, ‘United Spirits Ltd.’ During the most active years of his life, Mallya became the chairman of several companies, such as ‘Sanofi India’ and ‘Bayer CropScience.’ His career as an ace businessman turned turbulent in 2012, when he was accused of multiple financial frauds. In March 2016, he left India and moved to Britain, stating that he wanted to be close to his family. With several Indian banks moving the ‘Supreme Court’ and accusing him of money laundering, a legal case was filed against him. However, the British courts have been fairly lenient with him. Mallya has, of late, denied any possibilities of moving back to India and has claimed that all allegations against him are “fabricated.” Richard Branson
DID WE MISS SOMEONE?
CLICK HERE AND TELL US
WE'LL MAKE SURE
THEY'RE HERE A.S.A.P
Quick Facts

See the events in life of Vijay Mallya in Chronological Order 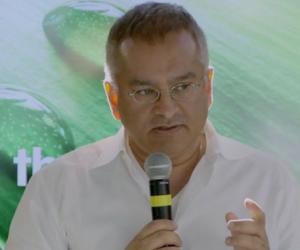