Dasha Alexandrovna Zhukova is a Russian businesswoman, fashion designer, art collector and the founder of the world famous art magazine Garage. She hails from a rich Russian family and is known to lead a very extravagant life along with her billionaire husband, Roman Abramovich. After her parents split up, she moved to Los Angeles with her mother and after her breakup with tennis star, Marat Safin, she moved back to Russia and in 2006, started her own fashion label known as Nova & T, which became immensely popular among Russian and other European celebrities. While designing fashion accessories, she developed a keen taste for art and culture and founded several funds which helped struggling artists. She went on to start ‘Garage’ a centre to preserve cultural and artistic heritage of Russia. Britain’s popular Pop magazine appointed her the editor-in-chief, which she later resigned. Later, she became the creative director of Artsy.net and started her own magazine Garage, a venture with which she is associated with to this date, and she is also known as a founding member of ‘Culture Shed’ in New York. 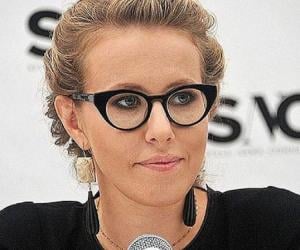 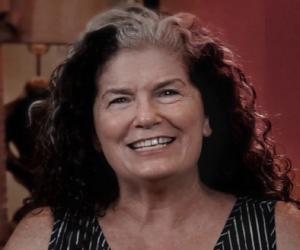 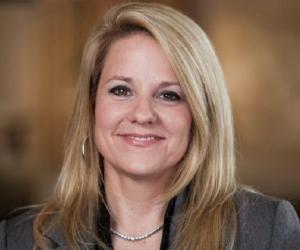 Gwynne Shotwell
8th June In History
DID WE MISS SOMEONE?
CLICK HERE AND TELL US
WE'LL MAKE SURE
THEY'RE HERE A.S.A.P
Quick Facts

Russian People
Business Women
Russian Women
University Of California, Santa Barbara
Women Editors
Childhood & Early Life
Dasha Zhukova was born on 8th June 1981 in Moscow, Russia, in a respected Russian business family. Her father, Alexander Zhukov, is a big oil trader while her mother is a scientist, Yelena Zhukova. Her childhood wasn’t very smooth as her parents used to fight quite frequently and the divorce finally happened when Dasha was a 3-year-old girl. Her mother won her custody and after staying for some time in Russia, she took Dasha to the United States of American in 1991.
After spending a few months in Houston, the family made a move to Los Angeles where Dasha continued with her education in a Jewish day school and later graduated from California’s Pacific Hills School. Dasha first entered the University of California, studied literature and later went to London to study Naturopathic medicine. She dropped out of the program due to lack of interest and found herself to be more inclined toward arts and fashion.
Continue Reading Below
You May Like

The Best Black Actresses Of All Time
Career
After getting fed up with her on and off relationship with Tennis star Marat Safin, Dasha moved back to Russia and met Roman Abramovich, a businessman. He inspired her to start her very own fashion line, which he thought was an area she would excel in. Her friend, Christina Tang, came to her aid and they both started their line of fashion named Nova & T in 2006, which mostly designed leggings, jeans and t-shirts and quickly became popular among the celebrities in Russia and Europe.
Although she loved art as a kid, she never had a professional training for the same. She started a non profit organization for supporting struggling artists in Russia and abroad by the name of ‘Iris’.
The year 2008 marked the beginning of another of her ventures ‘Garage’, which is a contemporary centre for culture and art in the Russian capital Moscow. The venture was successful and Garage saw a frequently increasing attendance in just one year of its foundation.
In January 2008, Zhukova was mentioned in the best dressed celebrities list in Vogue Magazine for the year. By 2009, her popularity had crossed the national barriers and the very successful British Magazine Pop offered her the editor-in-chief post, which Zhukova gladly accepted. However, the decision was met with severe criticism and tired from it, Zhukova left after getting three issues published.
The frustration rising from the event got her bulked up to start her very own magazine ‘Garage’, which was founded in 2011. It was a fashion and culture magazine, which sold in huge numbers due to Zhukova’s name attached to it and the celebrity status she enjoyed. The magazine was in news way before the first issue was officially launched due to the fact that it was an original concept at that time, and in the age of technology, the magazine’s copies looked like they were handmade.
Inspired from the growing power of internet, she tried her hand on the digital space and founded her own art search engine artsy.net and several artists came to her help to make the portal a success and it is still going pretty strong.
Apart from these ventures, Zhukova also works as the creative director of New Holland Islands in St. Petersburg and she oversees the creative and architectural aspects of the island which is spread across 8 acres. She plans on turning it into a residential hub for art lovers and artists from all over the world.
Apart from all these ventures, she also works as one of the founders of Culture Shed in New York and keeps travelling between Moscow and New York.
Controversies
Dasha has never stayed away from controversies. She appeared in a 2014 photograph where she was seen sitting on a chair designed like a black woman. This received a lot of flak from all over and Zhukova was criticised for being a racist. However, Dasha cleared her stand and said that it was just an artist’s expression and nothing serious and she apologized for it. The photo was later removed from the internet.
Personal Life
Dasha Zhukova dated Tennis star Marat Safin before the couple split up citing career issues. Thereafter, Dasha started dating Roman Abramovich, a Russian businessman in 2006 and the couple got married in a secret ceremony in 2008. They are parents to a son and a daughter and both their children were born in USA.
Dasha Zhukova is a self confessed party animal and loves to throw lavish parties.
Her friendly relationship with Ivanka Trump, since very long has been a matter of curiosity for media houses. This raised some questions as her husband, Roman, is a Putin supporter and his wife supporting Trump became a curious matter of discussion.
You May Like

See the events in life of Dasha Zhukova in Chronological Order 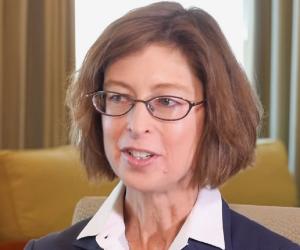