Andrew Mellon was an American industrialist and philanthropist who also served as the United States Secretary of the Treasury from 1921 to 1932. As an astute businessman he is credited to have provided financial backing to industries in different fields such as oil, shipbuilding, construction, aluminum and steel, etc. He started displaying signs of his greatness at an early age and seemed to possess an acute business sense even as a young boy. Born into a wealthy family with a successful man as a father, he was provided ample opportunities to pursue good education and enter the profession of his choice. He chose to work with his father in his business ventures after college and astounded the senior man with his business acumen as he led the company from one success to another. He expanded the business by investing in several growth oriented industries and secured large interests in companies in the oil, automotive, steel, coal, hydroelectric, and insurance sector. He financed industrialists like Charles Martin Hall and Heinrich Koppers and amassed great fortunes. In fact, he was counted amongst the wealthiest people in the US in the 1920s. Politics was another one of his passions alongside business. He was a very generous man known for his huge contributions to causes like art and science.

Steven Mnuchin
24th March In History
DID WE MISS SOMEONE?
CLICK HERE AND TELL US
WE'LL MAKE SURE
THEY'RE HERE A.S.A.P
Quick Facts

American Celebrities
Bankers
Oil Barons
American Men
American Bankers
Childhood & Early Life
He was born on 24 March 1855 to Thomas Alexander Mellon and his wife Sarah Jane Negley. His father was a successful banker and lawyer in Pittsburgh. He was the fourth among his parents’ five sons.
From an early age he displayed signs of his financial abilities which would one day make him a great industrialist.
He enrolled at the Western University of Pennsylvania (now the University of Pittsburgh) but did not stay to complete his studies; he left before his graduation to start a business with his brother, Richard.
Continue Reading Below
Career
His father helped him and his brother Richard to start a lumber and coal business in 1872 after he left college. The brothers worked hard and make their venture a profitable one, impressing their father very much.
After a few years the brothers joined their father’s banking firm, T. Mellon & Sons in 1880. Again Andrew displayed great business skills and soon had the ownership of the bank transferred to him.
In 1889, he helped to establish the Union Trust Company and the Union Savings Bank of Pittsburgh, which was formed as a subsidiary firm. His businesses in the financial sector were flourishing, encouraging him to branch out into other sectors as well.
He started investing in upcoming sectors like oil, steel, aluminum, shipbuilding and construction. He acquired large holdings in the American Locomotive Company, the Gulf Oil Company, and the Pittsburgh Coal Company.
He financed the industrialist Charles Martin Hall’s refinery, the Aluminum Company of America (Alcoa) which went on to become the world’s third largest producer of aluminum.
He helped the German engineer Heinrich Koppers in setting up an entire industry by helping him in founding H. Koppers Company in 1912. Koppers, who had invented the coke ovens, sold his patents to Mellon.
He became very successful as a financier and was counted among the wealthiest people in America by the 1920s. He was the third highest income-tax payer in the mid-1920s behind only John Rockefeller and Henry Ford.
In 1921 Mellon was appointed the Secretary of the Treasury by the President Warren G. Harding. He served in this position for almost 11 years, till 1932. His service which started during the Harding administration continued through the Coolidge and Hoover administrations as well.
When he had newly taken up the post, the President Harding called for a thorough revision of the tax system and creation of a federal budget system. Mellon’s experience as a banker helped him in implementing these programs successfully.
He played a key role in drafting of the Mellon-Berenger Agreement in 1926 which was created to set the amount of French debts to the United States arising from loans during the World War I. Even though his work was much appreciated by the government, his popularity declined after the Great Depression and he resigned in 1932.
Awards & Achievements
He featured on the cover of Time Magazine twice - in July 1923 and May 1928.
Personal Life & Legacy
He remained a bachelor for a long while, focusing all his attention on building his fortunes. He decided to get married quite late in life, at the age of 45. In 1900 he married a 20 year old English woman, Nora Mary McMullen. The couple had two children. His young wife however developed relationships with other men which led to a bitter divorce in 1912. He did not remarry.
Throughout his life he remained an active philanthropist. Along with his brother he had established a memorial for his father, the Mellon Institute of Industrial Research as a department of the University of Pittsburgh, which is today a part of Carnegie Mellon University. He donated generously to support art and research causes.
He was a prominent collector of arts and he donated a collection valued at $25 million to the U.S. government in 1937. He also donated $15 million to build the National gallery of Art to house the collection.
He died on 26 August 1937 at the age of 82.
Recommended Lists:
Business People #332 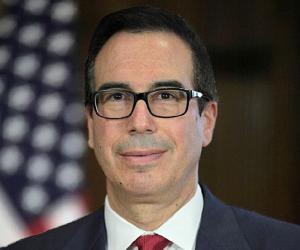