U Thant was a Burmese diplomat who served as the Secretary-General of the United Nations from 1961 to 1971. He was the third Secretary-General of the U.N. and the first non-European to hold the position. Born in a family of landowners and rice merchants, he wanted to become a journalist. He lost his father at the age of 14, and his father's death pushed the family into financial turmoil. Being the eldest son, the family's responsibilities fell on Thant's shoulders and to support the family he opted for a two-year teaching certificate at Rangoon University instead of a four-year degree. Thereafter he started working as a school teacher before becoming the head master of the school at a relatively young age. His friend U Nu, who became the Prime Minister of Burma following the country’s independence, brought him into public life and Thant served in different capacities in the government for several years before becoming the Secretary General of the United Nations. He served two terms as the Secretary General of the United Nations and refused to be considered for a third term. During his time at the United Nations, he effectively tackled grave diplomatic crises such as the Cuban Missile Crisis and the Civil War in Congo.
Continue Reading Below 382
DID WE MISS SOMEONE?
CLICK HERE AND TELL US
WE'LL MAKE SURE
THEY'RE HERE A.S.A.P
Quick Facts

Mariela Griffor
Childhood & Early Life
U Thant was born on January 22, 1909, in Pantanaw, Burma, to Po Hnit and his wife Nan Thaung. Thant’s father, an educated man, was one of the individuals involved in the establishment of the Burmese Research Society as well as the newspaper ‘The Sun’. Thant had three younger siblings, all brothers.
He attended the National High School located in Pantanaw and was known to be a studious, thoughtful student who was nicknamed ‘The Philosopher’ by his class mates. When he was only 14 years old, his father passed away and the entire family had to endure financial difficulties during that time.
Considering the financial condition of his family at the time, he thought that he would not be able to afford to go for a fully fledged four year course at the university and hence he enrolled in Rangoon University for a teaching certificate course in 1926.
At University, Thant became friends with U Nu, who would go on to become the Prime Minister of the country. He completed his course after two years and returned to his Pantanaw and started teaching at National High School.
Continue Reading Below
You May Like

The Most Popular US Veterans
Career
After teaching at the National High School for some time, U Thant appeared for the All Burma Teachership Examination in 1931 and came first. By the time he was 25, he became the headmaster of the school. During this period, he contributed to several periodicals as well as newspapers.
Following the occupation of Burma by Japan in 1942, he was appointed as the secretary of the educational reorganisation committee set up by the Japanese but he quit after a year following the move to make Japanese language a compulsory part of the curriculum. He went back to National High School and stayed as the headmaster for four years.
In 1947, he became a part of the government service in the capacity of a press director with the help of his friend U Nu and the following year, he was appointed as the director of broadcasting after Burma’s independence. Subsequently, he went on to become the Secretary at the Ministry of Information.
In 1951, Burmese Prime Minister U Nu appointed him as the secretary to the prime minister. He served in that position for six years and was the closest person to the prime minister, as he helped him formulate policies and also wrote his speeches. During this period Thant also attended global conferences.
In 1957, he was appointed as the Burma’s permanent representative to the United Nations and served in that capacity till 1961. During that time, he was actively engaged in the negotiations that took place for Algerian independence and also served as UN Congo Commission Chairman. In 1959, he was made the vice president of the UN General Assembly.
On 3 Nov 1961 he was appointed as the acting Secretary-General of the UN after the major members could not reach a conclusion following the death of then UN Secretary General Dag Hammarskjold.
On 30 November 1962, General Assembly unanimously appointed him secretary-general till November 3, 1966. During his first term, he facilitated mediation between the U.S. and the U.S.S.R to diffuse the Cuban Missile Crisis and also helped end the secessionist unrest that erupted in Congo.
On 2 December 1966 he was re-elected as the U.N. Secretary-General and his five year term saw him establish key UN programmes like the UN Development Programme, UN Environmental Programme as well as the UN University and the United Nations Conference on Trade and Development, among others.
His relation with the US deteriorated after he ordered UN troops in Sinai to be withdrawn following the request of President Nasser of Egypt. Additionally, his criticism of American policies in relation to the Vietnam War was a bone of contention.
On 31 December 1971, he retired from his post of the U.N. Secretary-General and did not seek re-election for a third term. Subsequently, he joined the Adlai Stevenson Institute of International Affairs in the capacity of a senior fellow and spent his last days in Riverdale, Bronx.
Major Works
His most important work in his career as a diplomat was that of mediating between the US and Russia to diffuse the Cuban Missile Crisis of 1962. It helped avoid a nuclear war.
Awards & Achievements
U Thant was someone who did not like to accept awards; he refused to accept the Burma's second highest honor awarded to him by U Nu's government in 1961.
He accepted two awards in his life: the Jawaharlal Nehru Award for International Understanding in 1965 and the Gandhi Peace Prize in 1972.
Personal Life & Legacy
U Thant married Daw Thein Tin and the couple had three children; two sons named Maung Bo and Tin Maung Thant and a daughter named Aye Aye Thant. He also had one adopted son.
He died of lung cancer on November 25, 1974, in New York.
You May Like

See the events in life of U Thant in Chronological Order 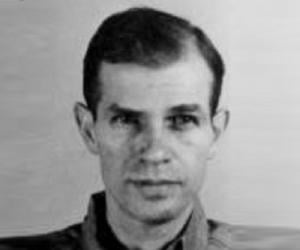