Alfonso García Robles was a Mexican diplomat who was the driving force behind the Treaty of Tlatelolco, for which he was awarded the Nobel Peace Prize, in 1982, which he shared with Sweden's Alva Myrdal. A qualified lawyer, he was trained at the National Autonomous University of Mexico (UNAM), the Institute of Higher International Studies in Paris, France, and also held a diploma from the Academy of International Law in the Hague. He eventually entered Mexico’s Foreign Service and was a delegate to the 1945 San Francisco Conference, at which the United Nations (UN) was founded. He subsequently worked in the UN Secretariat for several years. Over the course of his long and illustrious career, he held several high profile diplomatic posts including those of Ambassador to Brazil and State Secretary in the Ministry of Foreign Affairs. In the late 1950s he was the director general in the Mexican Ministry of Foreign Affairs and in this post he played a major role at the Law of the Sea conferences. After serving for a few years as his country's representative to the United Nations, he was appointed as the foreign minister. Eventually he became the Permanent Representative of Mexico to the Committee on Disarmament of the UN which has its headquarters in Geneva. Rory Stewart
20th March In History
DID WE MISS SOMEONE?
CLICK HERE AND TELL US
WE'LL MAKE SURE
THEY'RE HERE A.S.A.P
Quick Facts

Mexican Celebrities
Pisces Men
Childhood & Early Life
Alfonso García Robles was born on 20 March 1911, in Zamora, Michoacán, Mexico, into a family of merchants. He received his secondary education in Guadalajara.
His initial career aspiration was to become a priest. However, with time his stance changed and he attended college in the city of Mexico, obtaining a bachelor of law degree from the National University.
He developed a deep interest in international law and went to study in Netherlands. He received a diploma from the Academy of international law in the Hague, in 1938.
Continue Reading Below
You May Like

The Hottest Male Celebrities With The Best Abs
Career
After the completion of his studies he was assigned to the Mexican Embassy in Sweden for two years. In 1941, he was appointed to the Mexican Foreign Ministry as Deputy Director of political affairs of the Foreign Service.
In 1945, he was a part of the Mexican delegation to the San Francisco Conference. He participated in a series of international meetings leading to the formation of the United Nations. The next year he joined the United Nations Secretariat.
Garcia Robles returned to Mexico in 1957 and was reinstated to the Ministry of Foreign Affairs as director in Chief of affairs of Europe, Asia, Africa and international agencies. He served as ambassador to Brazil from 1962 to 1964, and was state secretary to the Ministry of Foreign Affairs from 1964 to 1970.
During this time he worked on addressing multilateral issues such as the work on disarmament in the United Nations. He was made the head of the delegation in the Committee on disarmament, marking a very vital point in his career.
Committed to the cause of disarmament, he worked tirelessly to bring about the signing of the Treaty for the prohibition of nuclear weapons in Latin America in 1967, known as the Treaty of Tlatelolco. García Robles has in fact been called the father of the Tlatelolco Agreement. In 1968, he helped draft the Treaty on the Non-proliferation of Nuclear Weapons.
He was very active in the UN’s work to promote general disarmament. He represented Mexico during the negotiations in Geneva, and gained much acclaim for his participation in the special UN disarmament session. He was one of the representatives entrusted with the task of coordinating the various views and proposals in a joint document at its first special session held in 1978. The final document of that session of the Assembly was successfully adopted.
He was also the author of various texts on diplomatic and geopolitical issues, such as ‘The Pan-Americanism and the policy of good-neighbourliness’ (1938), ‘Of the Atlantic Charter Conference in San Francisco’ (2 vols. 1949), ‘The denuclearization of Latin America’ (1967), ‘El Tratado de Tlatelolco’ (1967) and ‘The General Assembly on disarmament’ (1979).
Major Works
He was the driving force behind the Treaty of Tlatelolco, setting up a nuclear-free zone in Latin America and the Caribbean. It was an agreement among 22 Latin-American countries that banned nuclear weapons in that part of the world. He was much respected for his tireless efforts toward global nuclear disarmament.
Awards & Achievements
Alfonso García Robles was awarded the Nobel Peace Prize in 1982 jointly with Alva Myrdal for his instrumental role in bringing about the Treaty of Tlateloco.
Personal Life & Legacy
While at New York, he met and fell in love with a Peruvian lady Juana María Szyszlo, an official of the UN. The couple got married in 1950 and had two children.
In 1990 the Fulbright-García Robles scholarship honoring García Robles and U.S. Senator J. William Fulbright was established to help both Mexican and U.S. citizens.
He died on 2 September 1991as a result of kidney failure. He was 80 years old.
You May Like 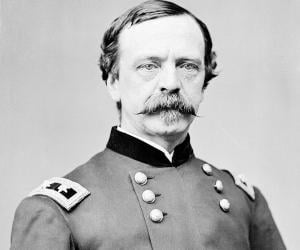