Tran Jeong is a Vietnamese-American family physician. She is married to actor Ken Jeong, who is known for his portrayal of Ben Chang in the sitcom Community and the gangster Leslie Chow in The Hangover film series. Tran’s parents are of Vietnamese origin but she was raised in the United States. She graduated from David Geffen School of Medicine at UCLA and has been practising as a family physician for nearly two decades. In 2002, while she was working at Kaiser Permanente in West California, she met Ken, who was one of her colleagues. They dated for two years before getting married in 2004. Tran and her husband have twin daughters, Zooey and Alexa. In 2008, about a year after the birth of their children, Tran was diagnosed with breast cancer. She subsequently underwent 16 chemotherapy sessions and a mastectomy. Later, she was treated with radiation therapy. Throughout the entire ordeal, her husband served as her caregiver. In October 2010, her doctors told her that she was cancer-free. At present, Tran Jeong and her family reside in Los Angeles, California, and she has a practice in Woodland Hills, California. 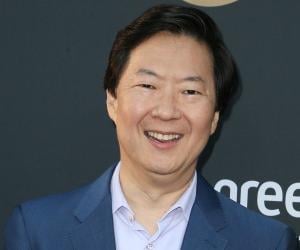 American People
American Women
Women Physicians
American Physicians
American Female Physicians
Childhood & Early Life
Tran Jeong was born Tran Ho on February 24, 1972, in the United States of America. Her parents came from Vietnam. After graduating high school, she enrolled in the David Geffen School of Medicine at UCLA from where she received her degree in medicine.
Recommended Lists:

Tran Jeong met Ken Jeong while they were both employed at Kaiser Permanente in West California in 2002. A graduate from Duke University in 1990, Ken Jeong earned his M.D. from the University of North Carolina at Chapel Hill School of Medicine in 1995. He later finished his internal medicine residency at Ochsner Medical Center in New Orleans. It was during this period that he took the decision to pursue a career as a comedian earnestly. He began doing stand-ups. In later years, he would give up practising medicine when his acting career took off. However, he still holds a license to practice medicine in California.

Tran and Ken dated for two years before exchanging wedding vows in September 2004. Their twin daughters, Zooey and Alexa, were born in 2007.

About a year after the birth of their children, in 2008, Tran Jeong's doctors told her that she had stage three negative breast cancer. Her thoughts immediately went to her children. She was afraid of what would happen to them if she did not survive. The news drastically changed their lives. As horrible as it is for the patients, people often ignore how such news affects the family members and friends who serve as caregivers. For Tran, it was her husband who made the necessary sacrifices for her.

While she was undergoing chemotherapy, Ken landed the role of Leslie Chow in the first Hangover film. He was initially tentative about accepting the role. He had been active in the industry since 1997 when he made his acting debut in an episode of The Big Easy. However, Leslie Chow would prove to be his breakthrough role. During the filming, Ken ad-libbed Vietnamese phrases or words to the dialogues of his Korean character. Ken is a Korean himself and the character’s comedic antics also became therapy for him and Tran. The words and phrases he added to his character’s dialogues were “inside jokes” between him and Tran. Even the film’s director, Todd Phillips did not know about this. In an interview to ABC News, Ken dubbed them “a weird love letter to his wife in a filthy movie”.

Tran Jeong had to endure 16 chemotherapy sessions, one mastectomy, and radiation therapy in the subsequent months. In October 2010, she was informed by her doctors that she was cancer-free. She was also told by her oncologist that her cancer might return in two years. Ken celebrated this wife’s recovery at the 2010 MTV Movie Awards, where he won the Best WTF Moment Award for The Hangover. The ordeal has inspired Ken to actively contribute to cancer-related charities. He supports the Stand Up to Cancer initiative and often posts on social media about conferring aid to cancer patients like his wife. In a tweet posted on February 18, 2017, Ken marked the eight-year anniversary of Tran being cancer-free.