Tony Perry is an American guitarist, and musician. He is the leading guitarist of the rock band, ‘Pierce the Veil.’ Born to Mexican parents, Perry was interested in music right from his childhood days. His grandfather was his first music teacher and taught him to play guitar. When Vic Fuentes and Mike Fuentes formed the rock band, ‘Pierce the Veil,’ Perry joined them, as their lead guitarist. After Perry joined the band, they released their first album which was titled, ‘A Flair for the Dramatic.’ It was received well by the music lovers in the United States. This was followed by several other albums, such as ‘Selfish Machines,’ and ‘Misadventures.’ Perry has conducted his music tours across continents such as Australia, Asia, and Europe. He has performed at several music festivals, including ‘Soundwave Festival,’ and Slam Dunk Festival.’ Woody Guthrie
Guitarists #1267
Musicians #6572
DID WE MISS SOMEONE?
CLICK HERE AND TELL US
WE'LL MAKE SURE
THEY'RE HERE A.S.A.P
Quick Facts

American People
Mexican People
Mexican Men
Male Musicians
Pisces Musicians
Male Guitarists
Childhood & Early Life
Tony Perry was born Cesar Antonio Perry Soto, on February 25, 1986, in Lake Tahoe, California. His parents are of Mexican origin. His father, Joe Perry, died while he was young. Perry was introduced to guitar and music by his grandfather. The first song that he learned to play on guitar was ‘Dammit,’ by Blink-182. There is not much information about his mother, siblings, or educational qualifications.
Continue Reading Below
You May Like

The Hottest Male Celebrities With The Best Abs
Career
Tony Perry started his career as a guitarist with the rock band, ‘Trigger My Nightmare,’ with Jaime Preciado. In 2007, Perry joined the rock band, ‘Pierce the Veil.’ The band was founded by brothers, Vic Fuentes, and Mike Fuentes. Perry is the leading guitarist of the band. The band has one more member, Jaime Preciado.
In 2007, ‘Pierce the Veil’ released their debut studio album, ‘A Flair for the Dramatic.’ The album was a success. It reached the number 61 spot on the ‘Heatseekers Albums Chart,’ in the United States.
In June 2010, ‘Pierce the Veil’ released their second studio album, ‘Selfish Machines.’ It had a mixed reception from music lovers. The album was criticized for its frequent use of auto-tune. Despite this, it appeared on several American ‘Billboard’ charts, including the ‘Top Heatseekers,’ and ‘Top 200’ charts.
In 2012, ‘Pierce the Veils,’ released their third album, ‘Collide with the Sky.’ It was a highly popular album. It reached the number 12 spot on the U.S. ‘Billboard 200’ chart. The album sold more than 27,000 copies in its debut week. It was considered to the best album of the band, and was received well by the critics too.
In 2016, Tony Perry and his band released their fourth studio album, ‘Misadventures.’ It was a follow-up to their previous album, and was recorded through 2014, and 2015. This album also received praise and applause from critics, as well as fans. Perry was the leading guitarist in all the albums released by them.
Perry has travelled across continents for his musical performances. He has performed in music festivals such as ‘Rock am Ring and Rock im Park,’ ‘Slam Dunk Festival,’ ‘Soundwave Festival,’ and ‘Warped Tour.’
He won the award for the ‘Best Guitarist,’ at the ‘2015 Alternative Press Music Awards.’ ‘Pierce the Veil’ has shared the stage with rock bands such as ‘Bring Me the Horizon,’ ‘Black Veil Brides,’ and ‘All Time Low.’
Personal Life
Tony Perry is not married. He was in a relation with Stephanie Dearing. The couple parted ways after a while. Currently, Perry is in a relation with blogger, Erin Aschow.
Perry struggled from depression during his growing-up years. Apart from music, he loves animals, and tattoos. Turtle is his favorite animal. His first ever tattoo was of a turtle. He has a tattoo in memory of his father too. Perry shares a dog with his girlfriend. He is an atheist, and a vegetarian.
Trivia
In 2015, Tony Perry met with a mountain biking accident. He suffered three broken ribs, and a torn shoulder. Due to the accident, Perry missed the ‘Warped Tour’ music festival of 2015.

See the events in life of Tony Perry in Chronological Order 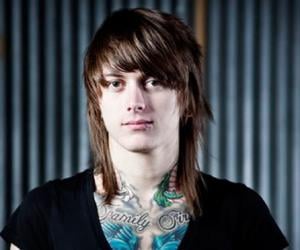 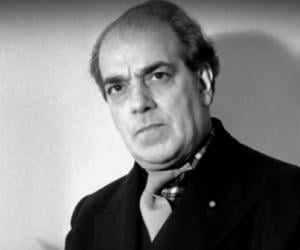