Thelonious Sphere Monk was a famous American jazz artist, pianist, composer and performer. He was known for pioneering the complex compositions in jazz and majorly releasing his original symphonies. He is the second-most recorded jazz composer of all time and composed over 70 songs. Monk grew up in New York, where he lived for almost all of his life. He exhibited his natural genius in music, especially playing the piano, since he was a young kid and often won the local contests. In the beginning of his commercial career he sang in jazz clubs, performed in jazz concerts, played with small bands and did some sporadic recordings for Blue Note. But the moment his talent got recognition, he was signed by Riverside Records, which subsequently led to a contract deal with the Columbia Records. With Columbia Records, Monk tasted the real essence of commercial success and worked with the brand until mid 1970s. That was it for Monk’s jazz career as after that the dark clouds of mental illness overshadowed his capacity to create more music and perform. Nonetheless, he is still remembered as the leading artist in jazz and has been posthumously awarded the Grammy Lifetime Achievement Award and the Pulitzer Prize Special Citation.
Continue Reading Below

American Celebrities
Pianists
Black Pianists
Black Musicians
Jazz Musicians
Childhood & Early Life
Thelonious Monk was born on October 10, 1917 in North Carolina to Thelonious and Barbara Monk. The family moved to Manhattan, New York City, when Monk was only 4 years old - he lived there for almost 50 years of his life.
Monk started to play piano from the age of six, learning just by observing his sister playing the instrument. His strong inclination to music took him to study theoretical music at the Juilliard School of Music.
He was so proficient in the art that by the time he was 13, he had won so many weekly amateur competitions at the Apollo Theater that the management barred him from contesting ever again.
Monk attended the Stuyvesant High School for some time but drooped out of it to pursue his passion, music. In the pursuit of it, he travelled with an evangelist ‘Texas Warhorse’ and played the church organ.
Monk started to play jazz with small bands in his late teens. In 1941, he joined the house band at Minton's Playhouse in Harlem, where he eventually helped in the construction of a jazz school called Bebop. 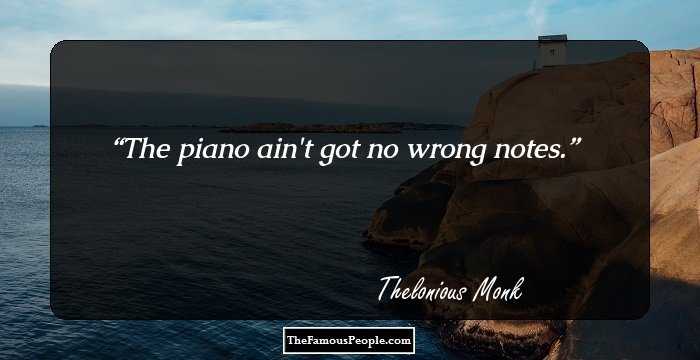 The Hottest Male Celebrities With The Best Abs
Career
In 1944, Monk recorded his first tunes with the Coleman Hawkins Quartet. He was a significant jazz musician who helped Monk realize his destiny. In the following years, he recorded as a leader for Blue Note.
Monk did some sporadic recording sessions for Blue Note during 1947–1952, but immediately after that he signed a contract with the Prestige Records for two years. He recorded numerous noteworthy, but unpublicized, albums with prestige Records.
In 1954, Monk went to Europe for the first time, and performed and recorded in Paris. He was introduced there to Baroness Pannonica "Nica" de Koenigswarter, who was also a patroness of several New York jazz musicians. They became very good friends.
In 1955, Monk released ‘Thelonious Monk Plays the Music of Duke Ellington’ with Riverside to gain commercial status, for he was a musical genius in the eyes of the critics but did not have a rapport with the general audience.
Monk recorded ‘Brilliant Corners’ in 1956 and composed his own music for the first time for Riverside records. Some of the compositions were so complex that it needed multiple editing sessions but the album was his first commercial success.
Monk’s cabaret card was reinstated and he was again allowed to play in the clubs in NY, as it was revoked before when he was found with narcotics by the police. In 1957, he played at the Five Spot Café.
In 1957, ‘Monk’s Music ‘was released and almost all the songs on the album were his original compositions. John Coltrane, another jazz septet like himself, joined him for the album.
In 1958, instead of forming a band like he wanted, Monk started a second residency at the Five Spot, with a quartet, with Griffin on tenor, Ahmed Abdul-Malik on bass, and Roy Haynes on drums.
After a lot of deliberation, Monk signed with Columbia Records in 1962, when his relationship with Riverside got affected over disagreements concerning royalty payments. In the following year his debut album with the label, ‘Monk’s Dream’ was released.
Continue Reading Below
As the Columbia Records was a huge company and had enough resources to support the creative demands of an artist, Monk’s status as a jazz artist became bigger than ever and ‘Monk’s Dream’ became a best-seller in 1963.
Monk worked with Columbia Records from 1962-1970 and released albums like ‘Criss Cross (1963)’, ‘Underground (1967)’, ‘Monk’s Blues (1968)’, etc. Although, these were the glorious years of his career but his creative output remained limited and his compositions were repetitive.
Monk disappeared from the creative scene by mid-1970s and did not make many appearances, except for the worldwide tour ‘The Giants of Jazz’ and studio recordings as a leader for the English Black Lion Label, attributing to his mental illness. 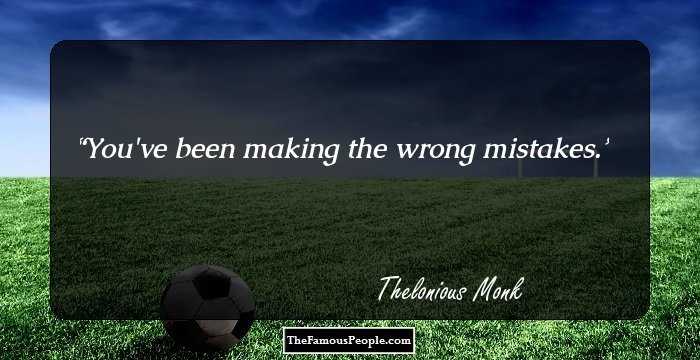 Major Works
Monk received commercial success after he signed with Columbia Records. His album ‘Monk’s Dream (1963)’ was a critical and commercial hit. Owing to that, he became one of the few jazz artists to have featured on the cover of Time magazine.
Awards & Achievements
Being one of giants of the American jazz music, Monk was honored with the Grammy Lifetime Achievement Award in 1993, after his death, and in 2006, he was posthumously awarded a Pulitzer Prize Special Citation. 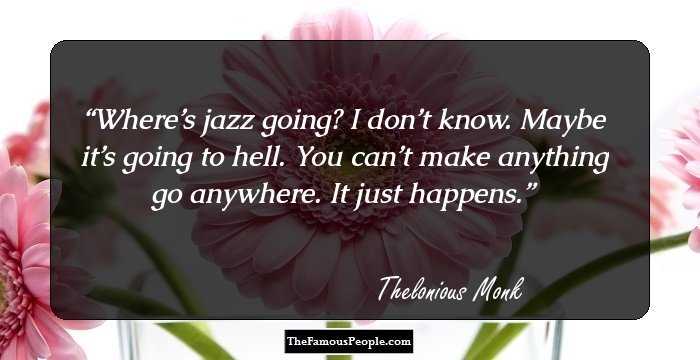 Quotes: You, I
Personal Life & Legacy
Monk married Nellie Smith in 1947, and the couple had a son, T. S. Monk two years after the wedding, who is a jazz drummer. A daughter, Barbara Monk, was born in 1953.
His mental health started declining in the 1960s and by mid 1970s he became a recluse because of his mental condition. He was put on antipsychotics and lithium, but there was no change in his mental instability.
In the last six years of his life, Monk was invited to live in Weehawken, New Jersey home of his longtime friend and patron, Baroness Pannonica de Koenigswarter and he died of a stroke on February 17, 1982. He was buried in New York.
Trivia
A documentary film titled ‘Thelonious Monk: Straight, No Chaser’ was made in 1988, which discussed his end years and mental illness in detail. His son explained in the movie how Monk did not talk to people for days and then suddenly got excited for a few days and then become a recluse again.
A biography on him titled ‘Straight, No Chaser: The Life and Genius of Thelonious Monk’, released in 1997, stated how Monk suffered from manic depression, bipolar disorder and a possible schizophrenia but his psychiatrists could not recognize it.
On two occasions Monk was found with narcotics and he got in trouble with the law. It was the reason why his cabaret card was revoked for many years and he was not allowed to play music in the night clubs of New York where alcohol was served. He also went to the prison once where he was beaten with a baton.

See the events in life of Thelonious Monk in Chronological Order 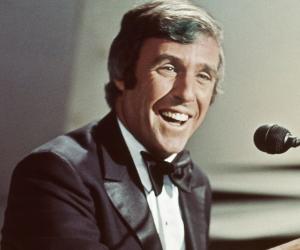