The first African-American performer to host a variety TV show, Nat King Cole remains to be one of the most memorable voices in the music history of America. He was a pianist, singer and head of the band, ‘King Cole Trio’. He first gained fame as a jazz pianist and was known for his trademark soft, and baritone voice. He enjoyed an immensely successful sole career and his singles went on to peak the music charts. A prodigious child, he began learning to play the piano at the age of four and got formal training in music since he was 12. At the age of 15, he dropped out of school to pursue a career in the music industry. During his lifetime he encountered many instances of racism, especially during his professional tours and in one instance he was even attacked by a white supremacist group. In spite of facing criticism for not doing enough for the Civil Rights Movement, Cole strongly maintained his stand that he was more of performer than an activist. He created controversy when he hosted the TV variety series, ‘The Nat King Cole Show’. 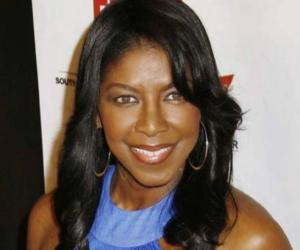 American Celebrities
Black Singers
Black Pianists
Black Musicians
Jazz Musicians
Childhood & Early Life
Nat King Cole was born as Nathaniel Adams Colesn on March 17, 1919 in Montgomery, Alabama, to Edward Coles and Perlina Coles. He had three brothers and a half-sister.
He began taking piano lessons from the time he was four years old. His mother was his first instructor and he was soon guided by a church choir director.
At the age of 12, he started taking formal music lessons. He was taught jazz, western classical music and gospel music. He would often sneak out of home to listen to artists at various clubs in Chicago.
At 15, he dropped out of school in order to pursue a career as a jazz pianist. For a brief period of time, he worked with his brother, Eddie, who helped him bag his first opportunity in recording in 1936. 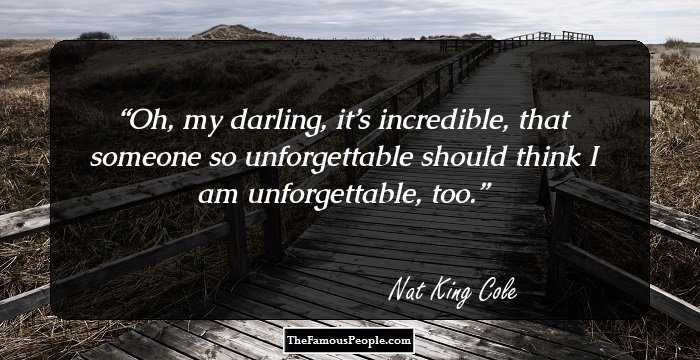 Quotes: Think, I
Continue Reading Below
You May Like

The Sexiest Men Of 2020, Ranked
Career
He performed on the national tour of the musical revue, ‘Shuffle Along’, in which he played the piano. From 1937, he started working on what would later become the music group, ‘King Cole Trio’.
As a member of ‘King Cole Trio’ he went on various tours. In 1943, the group tasted breakthrough success with ‘That Ain't Right’, which was also written by him.
Later in 1943, the ‘King Cole Trio’ gained mainstream success with the song, ‘Straighten Up and Fly Right’. Written by him, the song was inspired by one of his father’s sermons.
‘King Cole Trio’ continued to enjoy success and top the music charts with many pop singles and holiday classics. 'The Christmas Song' and '(I Love You) For Sentimental Reasons' were popular hits.
During the 1950s, he went on to pursue a career as a solo artist and soon became a successful one. He earned many hits like 'Unforgettable', 'Too Young’, 'Mona Lisa' and 'Nature Boy'.
He soon managed to work with some of the biggest names in music like, Louis Armstrong, Ella Fitzgerald and Nelson Riddl. He also became friends with popular crooner Frank Sinatra.
He often faced racism when he toured in the South. In 1956, while he was perfuming in Alabama in a mixed race concert, he was attacked by a group of white supremacists.
He was often criticised for not taking a stand on racism related issues but he always expressed that he was more of a performer and not an activist. He also struggled to find his way in the Civil Rights Movement.
In 1956, he hosted the NBC show, ‘The Nat King Cole Show’. With this, he became the first African-American to host a variety series on television.
Continue Reading Below
In 1957, after ‘The Nat King Cole Show’ went off air, he was seen on ‘The Ed Sullivan Show' and 'The Garry Moore Show'. He was also seen on the drama 'Istanbul'.
In the late 1950s his career in the record charts took a downward spiral. However, luckily, this did not continue for a very long time, as from the early half of the next decade his career took a good turn again.
In 1962, he topped the charts once again with the country influenced hit song, ‘Rambin' Rose’. The next year, he won hearts with the light-hearted 'Those Lazy-Hazy-Crazy Days of Summer'.
In 1964, he made his last appearance on the music charts and achieved moderate success with the ballads, 'I Don't Want to Hurt Anymore' and 'I Don't Want to See Tomorrow'. 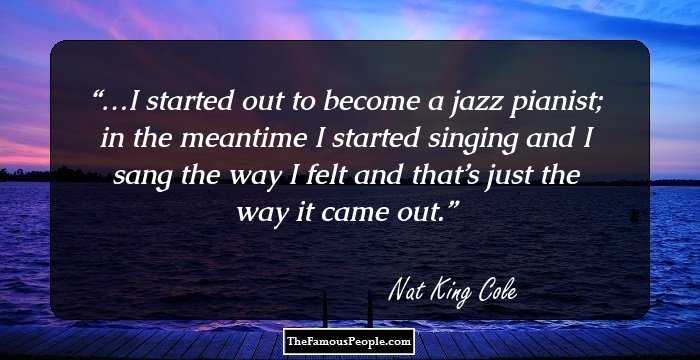 Quotes: Singing, I
Major Works
The song ‘Straighten Up and Fly Right’ is one of the most popular songs of the group, ‘King Cole Trio’. It peaked at the number one position on the Harlem Hit Parade and the Most Played Jukebox Hillbilly Records.
Awards & Achievements
In 1963, he received the Golden Globe Special Award. 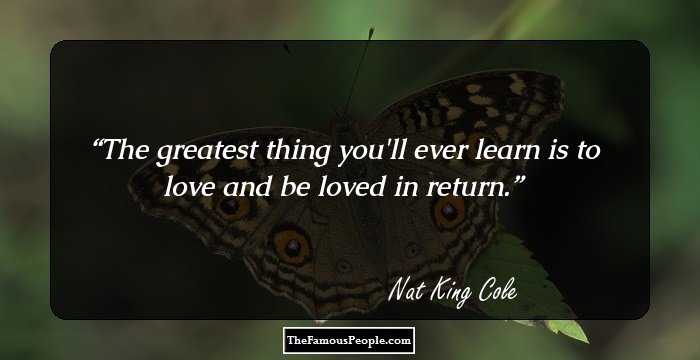 Quotes: Love
Personal Life & Legacy
His first marriage to Nadine Robinson ended in 1948. Just after six days after their divorce, he married Maria Hawkins Ellington. The couple had five children.
Continue Reading Below
Around 1964, he was diagnosed with lung cancer. He died on February 15, 1965.
He was a freemason.
He had an extra- marital affair with actress Gunilla Hutton, with whom he eventually lived.
His posthumous release, ‘L-O-V-E’ went on to become a major hit.
He was inducted into the Alabama Music Hall of Fame and the Alabama Jazz Hall of Fame.
He was posthumously awarded the Grammy Lifetime Achievement Award. He was also inducted into the Jazz Hall of Fame and the Hit Parade Hall of Fame.
In 1994, the US postal department issued a stamp featuring him.
In 2000, he was inducted into the Rock and Roll Hall of Fame as ‘one of the major influences on early rock and roll’.
Trivia
He was the first African-American singer and musician to have his own TV show "The Nat King Cole Show".

Grammy Awards
Recommended Lists:
Musicians #312
Singers #149
You May Like