(One of the Greatest Film Composers of All Time)

John Williams is a multiple award-winning, widely successful American composer, conductor and pianist. As his father was a professional jazz percussionist, John developed a liking for music and symphonies at an early age. By the time he was 15, he had his own jazz band and he played and experimented with various musical instruments. He created his first original composition, a piano sonata, when he was 19. He worked as a jazz pianist and studio musician before making a name for himself in films and television in the 1960s. His career has spanned several decades and in the process he has given iconic film scores in over a 100 films including the ‘Star Wars’ series, ‘Jaws’, ‘E.T.’, ‘Indiana Jones’ series, ‘Superman’, ‘Schindler's List’, ‘Saving Private Ryan’, ‘Catch Me If You Can’, ‘Memoirs of a Geisha’, ‘War Horse’ and ‘Lincoln’. For his efforts he has won five Academy Awards, four Golden Globe Awards, seven British Academy Film Awards and 22 Grammy Awards, highlighting the importance and quality of his work. He has enjoyed most of his success with Steven Spielberg, composing music for all but two of his films. Other than composing for films, he has conducted many national and international orchestras and authored several concert works too Tom Waits
DID WE MISS SOMEONE?
CLICK HERE AND TELL US
WE'LL MAKE SURE
THEY'RE HERE A.S.A.P
Quick Facts

American People
Conductors
American Men
New Yorkers Musicians
University Of California, Los Angeles
Childhood & Early Life
John Williams was born on February 8, 1932 in Floral Park, New York, to Esther and Johnny Williams. His father was a jazz percussionist with the CBS radio orchestra.
Owing to his father's profession and interests, music and instruments left an impression in the young boy’s mind and soon he began playing the piano, trumpet, trombone and clarinet.
After moving to Los Angeles in 1948, he attended North Hollywood High School and the University of California, LA. He was also privately tutored by the Italian composer Mario Castelnuovo-Tedesco for some time.
In 1952, he was drafted into the U.S. Air Force. He used to conduct and arrange music for the Air Force band till his service ended in 1955.
In 1955, he enrolled at The Julliard School in New York City and studied piano with Rosina Lhevinne. Here, he also began playing in many clubs with Jack Sperling on drums, Bob Bain on guitar and Rolly Bundock on bass.
On completion of his studies he came back to LA and worked as an orchestrator at film studios. He gained experience in composition and technique by working with Franz Waxman, Bernard Herrmann and Alfred Newman. 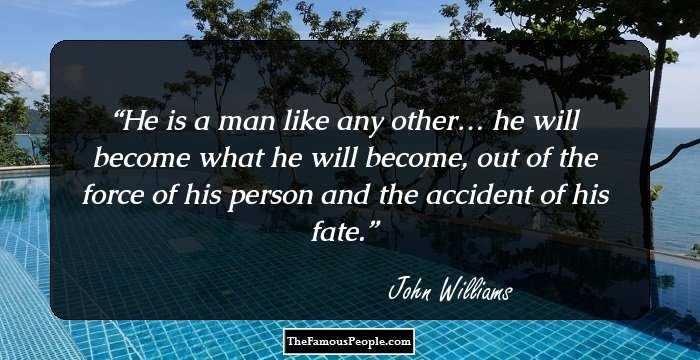 Quotes: Like, Will
Continue Reading Below
Career
After his first film composition for ‘Daddy-O’ in 1958, John Williams composed music for films like ‘Peter Gunn’, ‘Days of Wine and Roses’ and TV programs such as ‘Bachelor Father’, the ‘Kraft Suspense Theatre’, ‘Lost in Space’, etc. during the 1960s.
He gained reputation and made a name for himself with the musical scores for the films ‘Fiddler on the Roof’, ‘Images’, ‘The Poseidon Adventure’, ‘The Towering Inferno’, ‘Earthquake’, and ‘The Cowboys’ during the early 1970s.
In 1974, he composed the music for Steven Spielberg's directorial debut 'The Sugarland Express'. This marked the beginning of a very long director-composer bond between them, with John Williams composing for all but two films by Spielberg.
In 1978 he worked with director Richard Donner for the film 'Superman'. The love theme ‘Can You Read My Mind’ appeared in the next four sequels too.
In 1980, he succeeded Arthur Fiedler as the Boston Pops Orchestra's Principal conductor. Years later, he vacated the position for former associate conductor of the Cincinnati Symphony Orchestra, Keith Lockhart.
In 1981, Spielberg and Williams got together for the film 'Raiders of the Lost Ark'. Separate themes were created for the Ark of the Covenant, and the characters of Marion and the Nazi villains. Several other additional themes came out in the sequels.
Spielberg and Williams have also worked together in ‘E.T. the Extra-Terrestrial’ (1982), ‘Empire of the Sun’ (1987), ‘Jurassic Park’ (1993), ‘Schindler's List’ (1993), ‘Saving Private Ryan’ (1998), and ‘Munich’ (2005).
He scored the music for the first three instalments of the Harry Potter film franchisee. He was asked to return for the last instalment, ‘Harry Potter and the Deathly Hallows 2’ but he could not due to his busy schedule.
In 2008, he scored the music for ‘Indiana Jones and the Kingdom of the Crystal Skull’, which received a Grammy nomination. He also composed for two documentaries: ‘Warner at War’ and ‘A Timeless Call’.
Continue Reading Below
He scored the music for the film ‘The Book Thief’ in 2013, working with a director other than Spielberg after 2005. It earned him many awards and nominations.
In 2015, he gave the music score for 'Star Wars: The Force Awakens'. The movie earned him his 50th Academy Award nomination.
In 2016, he composed the score for Steven Spielberg's fantasy adventure film 'The BFG'.
Awards & Achievements
John Williams currently holds the record for the most Oscar nominations for a living person with 50 nominations and is second only to Walt Disney (59 nominations) in the Academy Awards history.
He has won the Academy Award on five different occasions. These include: ‘Fiddler on the Roof’ (1971), ‘Jaws’ (1975) and ‘Star Wars’ (1977), ‘E.T. the Extra-Terrestrial’ (1982) and ‘Schindler's List’ (1993).
In 2003, he was accorded the International Olympic Committee’s highest honor, the Olympic Order. A year later, he received the Kennedy Center Honors.
For his achievements in Symphonic music, he was given the National Medal of Arts in the White House in 2009 and a Ken Burns Lifetime Achievement Award in 2013.
He has also been inducted into the American Classical Music Hall of Fame and the Hollywood Bowl Hall of Fame.
He has been nominated for 67 Grammy Awards and has won 23 of them.
Personal Life & Legacy
John Williams married American actress and singer, Barbara Ruick in 1956. The couple had three children: Jennifer, Joseph and Mark. Barbara passed away in 1974.
He married Samantha Winslow, a photographer, in 1980.

See the events in life of John Williams in Chronological Order 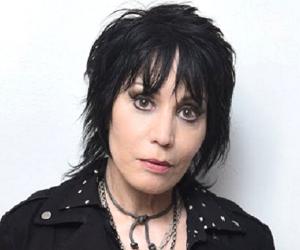