(One of The Greatest Jazz Musicians & Composers in History)
Advanced Search

Charles Mingus was one of the most important figures of 20th century American music. He was an eminent jazz musician and his music was impregnated with emotions. Apart from being a musician, he was also a fervent civil rights activist, author, poet and bandleader. During his lifetime, he was known for his typical performances on bass and was also known for his pioneering compositions as a music composer. He was inclined to the frenzied bursts of creativity and devastating misery, which attributed to the works that he composed. They were usually based on the themes of joy, sorrow, anger and anxiety. He rose to fame playing the bebop, through which he went on to create an inimitable blend of gospel, free jazz and classical music. He realized that in order to make it big in the world of music, he would have to move to New York City. Once there, he collaborated with a number of musicians including Dizzy Gillespie, Miles Davis, Louis Armstrong, Thelonious Monk and Charlie Parker to name a few. After he established himself as a musician, he formed his own publishing and recording companies to guard and promote his large repertoire of works. Danny Elfman
DID WE MISS SOMEONE?
CLICK HERE AND TELL US
WE'LL MAKE SURE
THEY'RE HERE A.S.A.P
Quick Facts

American Celebrities
Jazz Musicians
American Men
Arizona Musicians
Male Bassists
Childhood & Early Life
Charles Mingus Jr. was born in Nogales, Arizona. He is of Chinese-English-American descent and is also believed to be related to Abraham Lincoln through his grandmother.
When he was a young boy, his mother encouraged him to listen to only church music. However, he grew up listening to Duke Ellington and went on to study a number of musical instruments including the cello and the trombone.
In the late 1930s, he studied bass with Red Callender, but had very little means to afford a decent education. Due to his, he could not recite musical notations very quickly and this could not join musical orchestras.
From a very young age, he felt disliked in the world of music and these early experiences of racism were often echoed in his works much later.
In high school, he took up double bass and for five years, he studied with the principle bassist of the New York Philharmonic, Herman Reinshagen. He slowly began to gain recognition as a bass prodigy.
He gained early recognition from 1940 to 1950, when he began recording with a number of artists and played bass for a living with bandleaders such as Russell Jacquet, Howard McGhee, Red Norvo and Charlie Parker. 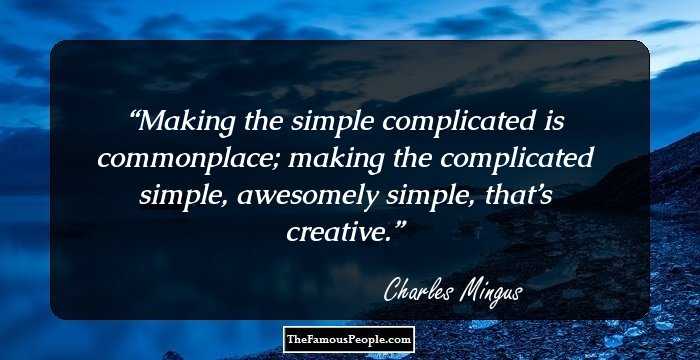 The Best Black Actresses Of All Time
Career
He learnt that in order to excel in his domain, he would have to settle in the Big Apple. He moved to New York in 1951 and worked as a sideman, performing with other jazz bigwigs such as Miles Davis and Charlie Parker.
In 1952, he co-founded Debut Records with Max Roach. In a few years, he formed an experimental musicians’ group called ‘Jazz Workshop’.
1956 proved to be a breakthrough year for Mingus with the release of ‘Pitecanthropus Erectus’, which is believed to be his major work, both as a composer and an effective bandleader. The next year, he released the album, ‘The Clown’, under Atlantic Records.
In 1959, Mingus and his jazz workshop musicians recorded one of his best-known works, ‘Mingus Ah Um’, which featured archetypal compositions such as ‘Goodbye Pork Pie Hat’ and ‘Fables of Faubes’. The subsequent year, he released ‘Blues & Roots’.
In 1960, he formed a foursome with Richmond, Ted Curson and Eric Dolphy. The same year, the quartet released their only album, ‘Charles Mingus Presents Charles Mingus’.
From 1963 to 1966, he released a number of albums including ‘The Black Saint and the Sinner Lady’, ‘Mingus Plays Piano’ and ‘Mingus Mingus Mingus Mingus Mingus’. During this time, he also formed a sextet including the musicians, Jaki Byard, Eric Dolphy, Dannie Richmond, Clifford Jordan and Johnny Coles.
In the early 70s, his pace slowed down, but during this period, he recorded two of his most illustrious albums, ‘Changes One’ and ‘Changes Two’.
Towards the end of his life, in 1971, he was a professor for a semester at ‘The State University of New York’. The same year, he also published his autobiography, ‘Beneath the Underdog: His World as composed by Mingus’. 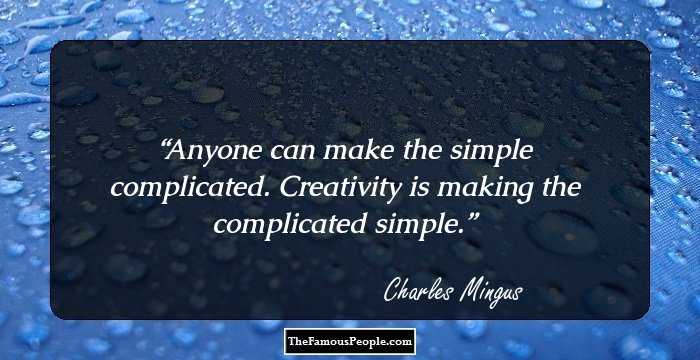 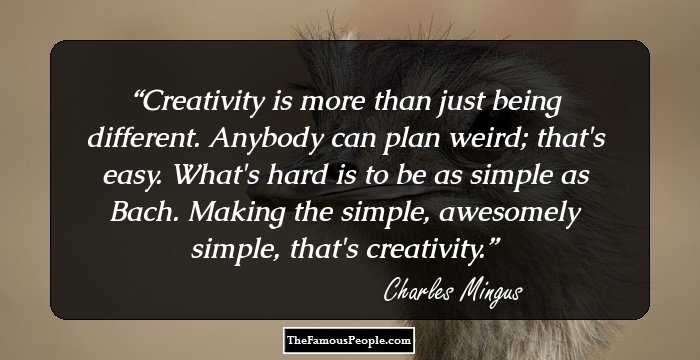 Personal Life & Legacy
Charles Mingus was known for his intense on-stage rage. He is also believed to have had a violent personality.
He married Sue Graham Ungaro in 1966. However, he was married to four other women and claims to have been married to two of them simultaneously.
Apart from his marriages, he was involved in a number of sexual encounters with many women and is believed to have had over 31 affairs in his lifetime.
Towards the final years of his life, he suffered from amyotrophic lateral sclerosis. He passed away at the age of 56 in Cuernavaca, Mexico and was cremated. His ashes were scattered in the Ganges River.
Following his death, ‘Epitaph’ one of his masterpieces was released after his death. The concert was organised by his widow, Sue Graham Mingus in 1989.
A number of cover versions of his music has been produced by popular musicians including Chuck D, Keith Richards and Dr. John.
The United States Postal Service issued a stamp in his honor, in 1995. Three years later, ‘Charles Mingus: Triumph of the Underdog’, a documentary on his life, was released.
Trivia
This famous African-American jazz musician was involved with as many as 26 prostitutes in one session.

See the events in life of Charles Mingus in Chronological Order