Suzy Berhow is an American animator, cartoonist and YouTuber best known for being part of the Let’s Play webseries ‘Game Grumps’. She came into limelight with her YouTube channel ‘Mortem3r’. Mortem 3r is Suzy’s flagship YouTube channel where she regularly uploads videos on a wide variety of genres, and keeps users updated on happenings in the world of fashion. However, the first YouTube channel that she launched was named ‘Meeperfish’, featuring cartoons created by her, and personified by her husband Arin’s voiceovers. There are others who bring the cartoons to life through their phonations including Danny, Ross, Jon, and Oney. They are internet personalities who played a key role in enabling her husband, Arin Hansom and his partner, Jon Jafari, to establish ‘Game Grumps’-a ‘Let’s Play’ (a series of web-oriented scripted videos) web series. ‘KittyKatGaming’ was the third YouTube channel launched by Suzy Berhow. It is affiliated to Game Grumps, and largely showcases variety of games she specializes in. Suzy Berhow commenced her professional career as a model and worked in the fashion industry for 2 years. She befriended Arin Hanson, an animator, at an animation conference and following an extended courtship that lasted for nearly 11 years, they got married.
Continue Reading Below 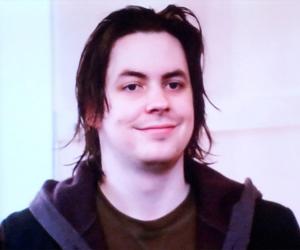 American People
Florida YouTubers
Cancer Youtubers
Female YouTubers
American YouTubers
Career
Suzy Berhow started the YouTube channel, ‘Meeperfish’ in 2007, five years prior to starting ‘Mortem3r. ‘Meeperfish’ entertains users with YouTube videos dedicated to cartoons and animation-themed footages. She creates the cartoon figures, and Arin, her husband, provides the phonation to those characters, and sometimes she herself along with EI-Cid, Jaxamoto, Oney, Danny, and Ross act as voiceovers. Since the last video on the channel was uploaded in March of 2013, so there is a high possibility that Suzy has put the job of creating cartoons on the backburner.
Recommended Lists:

Cancer Women
She started her third YouTube channel ‘KittyKatGaming’ in 2015. KittyKatGaming is a gaming channel that keeps on updating DIY videogames, makeup tutorials, and cosplays.
Suzy Berhow also contributes hugely to ‘Game Grumps’ a ‘Let’s Play’ web video series channel created by Arin Hanson and Jon Jafari. She occasionally assists the Game Grump group while they are in the process of creating and recording videos. She made a guest appearance in ‘Gotta Poo’ by Arin along with Mimi and Barry and debuted as a voiceover in ‘Pay Your Workers’.
She appeared as a gamer for the first time in the internet video series, ‘Mario Party for Steam Rolled’ featuring alongside Arin, Ross, and Barry. She has replaced Leigh Daniel Avidan—famous as Danny Sexbang of the music band, Ninja Sexbang —as a regular player on the episodes of ‘Mario Party for Steam Rolled’.
Suzy was present together with Arin on Game Grumps on two episodes of ‘Date Grumps’ themed around Valentine in 2014. ‘The Lion King’ was one of the episodes while the other was ‘Super Puzzle Fighter II Turbo’. An image of Berhow was uploaded on the popular Internet photo sharing app-Instagram-juxtaposed with a message which detailed that she was involved with a show devoted to fans of Game Grump channel.

Famous Beautiful Women With Green Eyes
Continue Reading Below
Personal Life
Suzy Berhow was born on 3rd July 1989 in Orlando, Florida and has five elder brother and sisters. She graduated from a high school in Orlando. She began dating Arin Hanson, an animator, in 2002 and the two married on 24 October 2013 after eleven years of courtship.