Suzi Perry is an English broadcaster and journalist who was the face of MotoGP coverage on British television for over a decade. After graduating in business studies, Perry went to Japan to work as a model, living there for a year. When she returned, she joined the British Broadcasting Corporation (BBC) as a motor-sports reporter and presenter. She was one of the most prominent journalists covering the MotoGP circuit in the UK in the 2000s. As a leading sports journalist, she did not limit herself to one sport. During her 13-year-long stint with BBC, Perry covered many high-profile tournaments, including the 2004 Summer Olympics, Wimbledon and the famous London Boat Race. In 2010, her health took a turn for the worse, and she decided to hang up her boots as a MotoGP journalist. In 2013, Perry created history by becoming the lead presenter of BBC’s Formula One coverage. She became the first woman anchor to front an F1 season’s coverage on British TV. Apart from sports, she has also co-hosted a technology programme called ‘The Gadget Show’ on Channel 5. Her contribution to journalism and technology earned her an honorary doctorate in engineering from the University of Wolverhampton in 2016. Perry is also involved in charitable activities and supports several foundations. 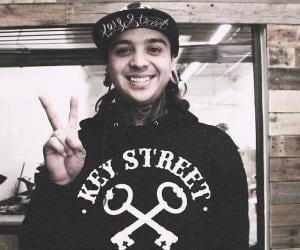 British People
Sportscasters
TV Presenters
British Women
Female TV Anchors
Career
Suzi Perry spent her early years in Finchfield and attended the Smestow School there. During her school days, she worked as a lighting technician at the Wolverhampton Grand Theatre. She later went on to earn a degree in business studies and finance from the University of Wolverhampton. After graduating, Perry spent a year in Japan as a model before returning to Britain. She did some advertising modelling before joining Sky Sports as a sports reporter in 1997. In the same year, she started covering motorbike racing for BBC News. Later, she presented other reputed sporting tournaments, including Wimbledon, the Boat Race, the London Marathon, the Great North Run, and Royal Ascot.
In the 2002-03 season of the game show ‘Treasure Hunt’, Perry participated as the skyrunner. She was also a presenter for BBC during the Summer Olympics in 2004 in Athens. Along with sports, Perry is also known to be tech-savvy. She co-presented the Channel 5 program ‘The Gadget Show’ alongside Jason Bradbury, Pollyanna Woodward, Ortis Deley and Jon Bentley from 2004 until 2012. The show’s format was changed in 2012 and only two of its original presenters were retained, excluding Perry. In 2008, she made an appearance on the comedy game show ‘Through the Keyhole’, and in 2010, she appeared with her husband on another gameshow called ‘All Star Mr & Mrs’ for ITV.
She remained the face of BBC Sports’ MotoGP coverage until 2010 before she stepped down due to her deteriorating health. During this time, Perry announced her intentions to maintain a work-life balance and take projects that wouldn’t exhaust her. In 2013, she replaced Jake Humphrey as the presenter of BBC’s Formula One tournament, covering both live races and the highlights. She also wrote extensively about F1 behind-the-scenes for the BBC blog. She became the first women anchor in the UK to present the coverage of a male-centric sport like F1. Her other television appearances include ‘Housecall’, ‘City Hospital’, ‘Holiday’ ‘Superstars’, and ‘How to Take Stunning Pictures’.
In 2012, she appeared on BBC’s show ‘Let’s Dance for Comic Relief’ as one of the dancers, and as a panelist along with Lee Hurst on Channel 5’s ‘The Wright Stuff’. In 2013, she was one of the guests on the ‘The Sarah Millican Television Programme’. In 2014, she covered the ‘Trooping the Colour’ ceremony with Huw Edwards for BBC. She was selected to present a new BBC show called ‘Formula 1 Rewind’ along with Murray Walker in 2015. As the name suggests, the show involved looking back at old F1 footage. Her latest projects were ‘Suzy Perry’s Queens of the Road’ (2017) and ‘Invented in London’ (2017) for BBC One. Apart from TV, Perry is also an active presenter on radio. She is the presenter of ‘Suzy Perry’s Formula 1 Anthems’ on BBC Radio. She has also appeared on other radio shows, filling in for Jo Whiley, Claudia Winkleman, and Zoë Ball. For her contributions in the fields of broadcast journalism and science and technology, Perry was conferred an honorary doctorate in engineering by her alma mater, the University of Wolverhampton.
You May Like

Briton TV Anchors
Women Journalists
British Journalists
Female Sportscasters
Continue Reading Below
Family & Personal Life
Suzi Perry was born on May 3, 1970 in Cosford, Shropshire to Tony and Irene Mary Perry. Her godfather was English guitarist Mel Galley. She was married to model Steve Bullock for four years before divorcing him. In 2009, she got engaged to Dutch businessman Bastien Boosten and moved into a house in the South of France with him. The duo got married on August 6, 2009 in a quirky ceremony. Perry was among the first celebrities on Twitter to upload their wedding photographs. In her spare time, she loves travelling, scuba diving, horse riding, and watching television. Her favorite shows include ‘The Good Wife’, ‘Silk’, and ‘Sherlock’. She is a staunch supporter of her hometown’s football club, the Wolverhampton Wanderers. She is also an active humanitarian and is a patron of the charities: ‘Promise Dreams’ and ‘National Association for Bikers with a Disability’.
Recommended Lists: