Konnie Huq is a British TV presenter and writer, best known for the children’s television show ‘Blue Peter.’ Born and brought up in Hammersmith with Bangladeshi immigrant parents, she started working with National Youth Musical Theatre in her teens in the late 80s and made her first TV appearance as a guest on the show ‘Blue Peter,’ which she later ended up hosting for a very long period of time. In 1994, she took on duties of the full time host with the children’s quiz show ‘Eat Your Words’ and followed it up with a television presenter stint with the show ‘Milkshake!.’ She further worked as an editorial assistant for the Total Sport Magazine. In 1998, she received the biggest breakthrough of her career when she was selected as the main presenter for the show ‘Blue Peter.’ She hosted the show until 2008 and in the process she became the longest serving female presenter of the popular show. She married the famous British television personality Charlie Brooker and made an appearance on his show ‘Screenwipe.’ Apart from that, she has served as a co-screenwriter for ‘Black Mirror,’ an anthology science fiction series created by Charlie. 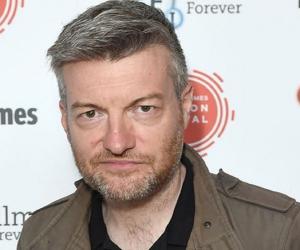 Rachel Riley
TV Presenters #117
Media Personalities #389
Continue Reading Below
17th July In History
DID WE MISS SOMEONE?
CLICK HERE AND TELL US
WE'LL MAKE SURE
THEY'RE HERE A.S.A.P
Quick Facts

British People
Female TV Presenters
British TV Presenters
Women Media Personalities
British Media Personalities
Childhood & Early Life
Konnie Huq was born Kanak Asha Huq in Hammersmith, London on July 17, 1975 to Bangladeshi parents. She grew up as the youngest of three children in the family and has two elder sisters. Her eldest sister is nine years older to her and that big gap is due to the fact that her mother had two failed pregnancies.
Her parents migrated to Britain in the 60s in order to have better career opportunities. Her father ended up opening his very own restaurant in his locality. Her mother was a homemaker. Konnie started falling in love with pop music at a very tender age and followed her elder sisters as role models. At the age of 11, she went to a Madonna concert in Wembley Stadium which was a turning point for her. There her attention focused on forging a career in the show business.
She was rebellious and hailing from a very orthodox South Asian family, it was not easy for her to convince her parents. She joined National Youth Theatre at the age of 14 and started touring around across the country with her plays. In the same year when she joined the theatre, she and some other members of the theatre were invited as guests on the show ‘Blue Peter,’ where she sang a solo.
Her elder sisters went on studying in the London and Cambridge universities and Konnie stayed in their college hostels for quite some time.
Konnie had become a very independent natured kid at a very young age and wanted to become a photographer when she was in high school at Notting Hill & Ealing High School. She was a brilliant student academically and passed high school with straight A grades. After graduating from high school, Konnie went on earning a degree in economics from Robinson College, Cambridge.
Continue Reading Below
You May Like

The Sexiest Men Of 2020, Ranked
Career
She started her TV presenting career in the early 90s and as her first guest she interviewed the famous politician Neil Kinnock right before the British General Elections of 1992. That time, she was working with a children’s show called ‘Newsround.’ This stint attracted a little fame for her which became apparent when in the same year, she was invited to become a contestant on ‘Blockbusters,’ a game show.
She also made her acting debut in the very same year with a guest appearance on the sitcom ‘2point4 Children.’ And then in 1994, she received the first major career break when she was selected to host the children’s show ‘Eat Your Words.’ She worked alongside Mark Speight on the quiz show and quickly became a fan favourite. She worked with the show for two years until 1996 and then she left it to host another children’s show called ‘Milkshake!.’ Around the same time, she also worked as an editorial assistant for the magazine Total Sport.
In December 1997, she started hosting the show ‘Blue Peter,’ which turned out to be a career turning event for Konnie. The children’s show debuted in 1958 and is known as the world’s longest running children’s show of all times. For one of the early episodes of the show, Konnie went to visit her motherland of Bangladesh where she met her family members and relatives.
In 2004, she further became a part of show’s extension ‘Summer Expedition’ where she went to India. There she learned Indian dance and also played a guest role in the Hindi film ‘Musafir.’ The show further took her to Angola where she met some stranded children and attempted to reunite them with their family.
She enjoyed a great national fame owing to her long and successful association with ‘Blue Peter’ but it went downhill after 2007. In March 2007, Konnie apologized to her viewers about one of the competitions on the show being faked for the maximum emotional and entertainment impact. In May 2007, Konnie announced that she will be leaving ‘Blue Peter’ very soon and she appeared for the last time on the show in a January 2008 episode.
A 10 minute video clip was aired showing the best moments from her long tenure with the show. She had presented the show for more than 9 years and was the third longest serving presenter throughout its long history. She had also become the longest running female presenter of the show.
While she was active on ‘Blue Peter,’ she appeared on many other television shows. She joined the CBBC channel as the co-host for their show ‘UK Top 40’ and worked as a presenter for the show ‘Top of the Pops’ briefly in early 2003. In June 2007, she also appeared as the guest on the comedy game show ‘8 Out of 10 Cards.’ Later in the same year, she appeared on the celebrity version of the cooking show ‘Ready Steady Cook’ and presented the political debate show ‘London Talking.’
In December 2008, she appeared on ‘Screenwipe’ with her future husband Charlie Brooker and also guest hosted the news show ‘This Week.’ Meanwhile, she also flexed her acting muscles appearing in the series’ such as ‘Robin Hood,’ ‘M.I. High’ and ‘FM.’
She further embarked into writing in 2009 and won the Best Rising Screenplay Angel award during the Monaco International Film Festival for her story ‘Ahmed and Mildred.’ The screenplay was highly praised and was eventually selected to be funded by Film London. In 2011, she wrote second episode of the first season of the series ‘Black Mirror’ along with her husband Charlie Brooker. The episode titled ‘Fifteen Million Merits’ received overwhelmingly positive reviews by the critics and the audiences alike.
In April 2008, she further became one of the participants in the torch relay ahead of the 2008 Beijing Olympics. However, it attracted controversy when a Chinese commoner tried to snatch the torch from her hands. The police arrested the person and Konnie was left furious. She later called China a place with a horrible track record for human rights.
Personal Life
Konnie Huq met Charlie Brooker during the production of latter’s show ‘Screenwipe.’ The couple dated for nine months before getting married in July 2010 in a church in Las Vegas. The couple has two sons together.
Konnie has been a politically active person. Her elder sister Rupa has been serving as the Member of Parliament for Ealing Central and Acton for the Labour Party.

See the events in life of Konnie Huq in Chronological Order