Susan Collins is an American politician who has been serving as the United States senator from Maine since 1997 and is Maine's longest-serving member of Congress. She started off as a staff assistant for Senator William Cohen in 1975 before becoming staff director of the Oversight of Government Management Subcommittee in 1981. She was appointed commissioner of the Maine Department of Professional and Financial Regulation in 1987 and director of the Small Business Administration's regional office in Boston in 1992. Despite winning the Republican primary, she lost in the 1994 gubernatorial election, after receiving little support from Republican leaders because of her more liberal views on social issues. She was elected to the U.S. Senate in 1996, and has since been re-elected four times in 2002, 2008, 2014, and 2020. The longest-serving Republican woman in the Senate, she plays a major role in the Senate due to her moderate views. 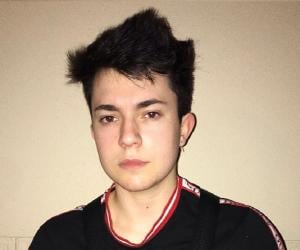 Susan Margaret Collins was born on December 7, 1952 in Caribou, Maine, United States as one of six children of Patricia and Donald F. Collins, both of whom previously served as mayor of Caribou. Her family operates a sixth-generation lumber business in the city that was established by her great-great-great-grandfather, Samuel W. Collins, in 1844.

Her father served in the US Army during World War II and earned a Bronze Star for heroism and a Purple Heart with an Oak Leaf Cluster after being wounded twice in the Battle of the Bulge. Her uncle, Samuel W. Collins Jr., sat on the Maine Supreme Judicial Court from 1988 to 1994 and served in the Maine Senate from 1973 to 1984.

Susan Collins started her career in 1975 as a legislative assistant to U.S. Representative and later U.S. Senator William Cohen, and continued until 1987. Between 1981 and 1987, she was also staff director of the Oversight of Government Management Subcommittee, which later became the United States Senate Committee on Homeland Security and Governmental Affairs.

In 1987, she joined the cabinet of Maine Governor John R. McKernan Jr. as the Commissioner of the Department of Professional and Financial Regulation. In 1992, President George H. W. Bush appointed her the New England regional director for the Small Business Administration, which she held briefly until the 1992 election of President Bill Clinton that year.

She next moved to Massachusetts and became Deputy State Treasurer of Massachusetts under Joe Malone in 1993. She returned to Maine for the 1994 gubernatorial election and won the eight-way Republican primary as the first woman nominated by a major party for governor of Maine, but lost the general election.

In December 1994, she founded the Center for Family Business at Husson College and served as its executive director until she announced her candidacy for the U.S. Senate vacated by her former boss, William Cohen. She won a difficult four-way primary with Cohen's public endorsement and went on to defeat Democrat Joseph E. Brennan, her opponent in the 1994 gubernatorial election, by 49%-to-44% vote in the general election.

During her first term, she supported Tom Daschle’s proposal of banning all abortions after the fetus is capable of living outside the womb except to save the woman’s life. During the 1999 Senate's impeachment trial of Bill Clinton, she was one of 10 Republican senators to vote to acquit him on perjury and one of five to vote to acquit on obstruction of justice.

She authored the bill passed in December 2001 that granted the United States Secretary of Education authority to grant waivers from student loan payments for National Guards, reservists and victims of 9/11 attacks. In November 2002, she was among senators who overwhelmingly approved the creation of the Department of Homeland Security.

After winning re-election over State Senator Chellie Pingree in 2002, she became one of the primary sponsors of legislation overhauling the U.S. intelligence community by creating a new post, Director of National Intelligence. The bill, formally known as the Intelligence Reform and Terrorism Prevention Act, was signed by President George W. Bush on December 17, 2004.

She was among 14 senators and seven Republicans who, in May 2005, forged a compromise on the Democrats' use of the judicial filibuster, allowing the Republican leadership to end debate without exercising the nuclear option. While she supported John McCain in the 2008 presidential election, she criticized robocalls by his campaign claiming that Barack Obama "has worked closely with domestic terrorist Bill Ayers”.

Following her re-election for a third term defeating Democratic Representative Tom Allen by 61.5%–38.5% vote in 2008, she was criticized for blocking flu relief funding during the swine flu pandemic in 2009. She made unsuccessful attempts to oppose the confirmation of Chuck Hagel for United States Secretary of Defense in February 2013 and to negotiate a compromise bill for the Minimum Wage Fairness Act in April 2014.

In August 2016, she announced that she would not vote for Republican nominee Donald Trump in the 2016 presidential election because of his “complete disregard for common decency”.

In 2017, she and Lisa Murkowski broke party lines to vote against the confirmation of Trump’s nominee Betsy DeVos as Secretary of Education, even though Senate President Mike Pence confirmed her with a tie-breaker. She also stated that she could not support the American Health Care Act, the House Republicans' alternative plan, and was among seven Republicans who voted against repealing Obamacare.

Collins, who described herself as a pro-choice Republican, voted to confirm Brett Kavanaugh to the U.S. Supreme Court in 2018, saying she did not believe he would overturn Roe v. Wade. However, she was severely criticized after Kavanaugh, who previously stated that Roe was "settled law", voted with majority opinion in Dobbs v. Jackson Women's Health Organization to overturn Roe v. Wade in June 2022.

In January 2018, she stated that it was confirmed Russia had tried to interfere in the 2016 U.S. presidential election after the Trump administration did not implement congressionally approved sanctions on Russia.

In 2020, she voted "not guilty" on both articles in Donald Trump’s first impeachment trial, but later voted to convict Trump in the second impeachment trial in February after condemning him for inciting Capitol rioters.

Susan Collins married Thomas Daffron, a lobbyist and COO at Jefferson Consulting Group in Washington, D.C., on August 11, 2012, at the Gray Memorial United Methodist Church in Caribou, Maine. He had consulted on her Senate campaigns in 1996, 2002 and 2008.

Susan Collins was recognized as the senator with "perfect attendance" by The National Journal on May 7, 2014 for never missing a single vote since her election.

See the events in life of Susan Collins in Chronological Order