Summer McKeen is a popular American YouTube star, known for her YouTube channels Summer McKeen and Summer McKeen Vlogs. Popular as a beauty guru, she rose to stardom by uploading regular videos on makeup and fashion on her YouTube channel. One amongst a significant number of YouTubers who post videos on beauty and fashion, Summer McKeen has become a name to reckon with, and has made a name for herself in the crowded world of online beauty gurus. She has a tremendous impact on the youngsters who learn makeup tricks from her videos and want to emulate her. She ventured into the virtual world in 2010 with her first YouTube channel Summer McKeen Vlogs, and created her main channel in 2012. She opened a Twitter account in December 2012 and has garnered 86 thousand followers there; she has 752 thousand followers on her Instagram account. From makeup and fashion tutorials to skincare and hair care to videos on general topics, she has it all on her channel. Her videos on “girly things” are hugely popular. Summer McKeen is also seen in a popular web series, ‘Afterschooled’, starring the likes of Hayley LeBlanc and Jenna Davis. American People
Fashion Vloggers
Social Media Stars
American Women
Oregon YouTubers
Rise to Stardom
In an interview, Summer McKeen had stated how she got inspired to start her YouTube channel, which became popular in a short span of time. Since childhood, she was fond of making brief videos on her computer just for fun. She has a natural affinity for beauty and fashion. So she created her YouTube channel Summer McKeen on July 4, 2012, and started uploading videos on her favorite topics. Initially, she had named the channel “Lookyheregirl”, inspired by the lyrics of a Bruno Mars song. Eventually, she named it after herself. This channel has accumulated 1.3 million subscribers and 75 million views as of May 2018.
Recommended Lists:

Female Vloggers
Taurus Youtubers
Female YouTubers
American Vloggers
Her other channel, Summer McKeen Vlogs, had been started earlier, on April 5, 2010. It has garnered 335 thousand subscribers and 11 million views as of May 2018. Some of her most popular videos are ‘Natural Drugstore Makeup Tutorial for School’, ‘High School Makeup’, ‘Get Ready With Me’, and ‘What I Eat in a Day & Workout with Me.’ Summer McKeen has also worked with the YouTube collaborative channel Style Haul.
She is quite interactive with her fans and subscribers, and is pretty open about her personal life. She wants her fans to know her better and get involved in her life. So, she likes to share small details from her daily life with her followers and has even featured her boyfriend in a couple of her videos.

Who Is The Most Popular BTS Member?
Continue Reading Below
Personal Life
Summer McKeen was born on May 12, 1999, in Eugene, Oregon, the USA. She has two sisters, Madison and Brie. Since her childhood, she was keen on acting and wanted to pursue a career in the field. Her dream was to become successful in Hollywood.
Recommended Lists: 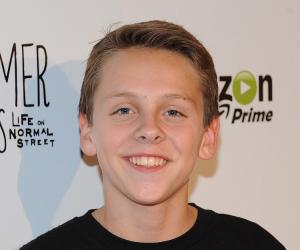