Sidharth Malhotra is a Bollywood actor who rose to fame with his role in 2012 Hindi film, ‘Student of the Year’. An immensely talented young man with dashing looks and physique, Sidharth has managed to make a name for himself early in his acting career. Starting out as a model, Sidharth soon grew tired of the fashion industry and set out to become an actor. His debut ‘Student of the Year’ came alongside star kids, Varun Dhawan and Alia Bhatt. Despite being an ‘outsider’ for the film industry, Sidharth held his own in the film and was noted for his outstanding performance and brilliant portrayal. Though new to the film industry, Sidharth has managed to get critical acclaim for his acting talent. Getting into the skin of his character and making it come alive is Malhotra’s forte. He was initially pigeonholed as a ‘romantic’ hero, but he shed this image in the film, ‘Ek Villain’, a move that improved his career graph!
Continue Reading Below Indian People
Indian Actors
Capricorn Actors
Actors Who Are In Their 30s
Indian Film & Theater Personalities
Childhood & Early Life
Sidharth Malhotra was born on January 16, 1985 to Sunil and Rimma Malhotra in Delhi. While his father was a former captain in Merchant Navy, his mother is a homemaker.
Sidharth got his early education from Don Bosco School and Birla Vidya Niketan. He then enrolled in Shaheed Bhagat Singh College, University of Delhi, for a graduate degree.
Continue Reading Below
You May Like

The Most Popular US Veterans
Career
Sidharth Malhotra’s tall and slender frame helped him take up modelling in his late teens. He quit modelling after four years in the fashion industry and decided to pursue a career as an actor.
His acting career started on a shaky note. Despite successfully auditioning for a lead role in director Anubhav Sinha’s project, he couldn’t do it because the film was shelved. Therefore, he became an assistant director in Karan Johar’s film, ‘My Name is Khan’ (2010).
Malhotra’s big breakthrough came with 2012 mega-successful film, ‘Student of the Year’, alongside star kids Varun Dhawan and Alia Bhatt. Playing the role of Abhimanyu Singh in the film, Malhotra’s performance earned him critical acclaim.
Following his super successful debut, film offers came rolling in for Malhotra. He was next seen opposite Parineeti Chopra and Adah Sharma in the 2014 romantic comedy, ‘Hasee Toh Phasee’. Though the film fared only moderately well at the box office, his performance was appreciated.
Malhotra’s second release in 2014 was the romantic thriller film, ‘Ek Villain’, opposite Shraddha Kapoor and Riteish Deshmukh. The film broke the romantic hero stereotype for him as he played the role of a hardened criminal who had a terminally ill wife. ‘Ek Villain’ was a blockbuster and eventually established Sidharth as one of the new-generation actors to look out for.
Malhotra’s good fortune in films somewhat dwindled in 2015 as his film ‘Brothers’ bombed at the box office. The film also had Akshay Kumar, Jacqueline Fernandez and Jackie Shroff in main roles. It was sharply criticized and received negative reviews.
Malhotra turned the tables yet again with his next film, ‘Kapoor & Sons’ (2016). Featuring an ensemble cast, the film was a critical and commercial success. Sidharth was lauded for holding his ground despite having such a talented star cast in the film.
His 2016 film, ‘Baar Baar Dekho’, opposite Katrina Kaif was a dud. It failed to impress the audience. His next release, ‘A Gentleman’ (2017) also failed at the box office.
In 2017, Malhotra appeared in the remake of the 1969 mystery film, ‘Ittefaq’, opposite Sonakshi Sinha. The film was critically acclaimed but failed to bring the audience to the movies.
Continue Reading Below
In 2018, he had only one release to his credit. He starred alongside Manoj Bajpayee and Rakul Preet Singh in the action thriller, ‘Aiyaary’, which was directed by Neeraj Pandey. The film left the critics as well as the audiences unimpressed.
Malhotra is currently filming for two projects, including the comedy film, ‘Jabariya Jodi,’ opposite Parineeti Chopra and the thriller, ‘Marjaavaan’ with Rakul Preet Singh. Both movies are slated to release in 2019.
Major Works
The magnum opus of Sidharth Malhotra’s acting career has been his debut film, ‘Student of The Year’. The film proved to be his biggest commercial success, earning him awards and accolades as one of the most promising newcomers.
Sidharth’s next big breakthrough came with ‘Ek Villain,’ which showcased his acting brilliance and proved that he had a greater potential than just playing romantic roles.
Awards & Achievements
Sidharth Malhotra received the Stardust’s Best Promising Debut Male Award for ‘Student of the Year’ in the first year of his acting career. Same year, he received the South African Indian Film and Television Award and also got a Filmfare nomination for Best Male Actor.
In 2014, he received the Big Star Entertainment Award for Most Entertaining Actor in a Romantic Film Award for ‘Hasee Toh Phasee’. Same year, he shared the Entertainer of the Year Award with Alia Bhatt.
In 2013 and 2014, Malhotra was consistently listed in the Top 15 Most Desirable Men of the Year list by Times of India.
In 2013 and 2014, Malhotra was consistently listed in the Top 15 Most Desirable Men of the Year list by Times of India.
Family & Personal Life
Ever since his ‘Student of the Year’ days, it was alleged that Sidharth Malhotra was in a relationship with Alia Bhatt. Though the two had not confirmed their relationship status, they were often spotted together.
Malhotra’s on-screen pairing with Jacqueline Fernandes in ‘A Gentleman’ brought the pair close. Even after their film wrapped, they were often spotted together. If rumour mills are to be believed, Sidharth’s closeness with Jacqueline had irked Bhatt and led to their ‘alleged’ separation.
Sidharth Malhotra has been involved in a lot of charitable work. In 2013, he performed at a charity event for the flood victims of Uttarakhand and has actively worked for PETA campaign to create awareness about dogs. 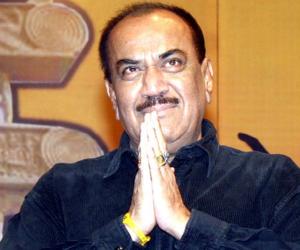