Dilip Kumar, popularly called the Tragedy King, was among the greatest actors ever to have graced Indian cinema. Born as Muhammad Yusuf Khan, he adopted the screen name Dilip Kumar in keeping up with the traditions of early Hindi filmdom. The iconic actor had a long and illustrious career spanning over five decades and was considered one of the foremost figures of the ‘Golden Era of Indian Cinema’. He entered the world of Hindi cinema during the 1940s when Bollywood was still in its infancy. His foray into acting was by chance—he actually started out as a canteen owner when a chance encounter with the actress Devika Rani resulted in a film offer. Even though his debut film did not do well, he soon established himself as an emotive character actor by the end of the decade. In spite of his being a versatile actor who played several different characters with the same intensity and effectiveness, he was best known for portraying tragic roles in films like ‘Jogan’, ‘Deedar’ and ‘Devdas’ which earned him the title Tragedy King. Dilip Kumar had the distinction of being the first actor to receive a Filmfare Best Actor Award, an award which he won eight times throughout his career. Mahesh Babu
DID WE MISS SOMEONE?
CLICK HERE AND TELL US
WE'LL MAKE SURE
THEY'RE HERE A.S.A.P
Quick Facts

Dilip Kumar was born as Muhammad Yusuf Khan into a Pashtun family in Peshawar (now in Pakistan). His father, Lala Ghulam Sarwar was a fruit merchant. He received his primary education from the prestigious Barnes School in Deolali.

His large family relocated to Mumbai during the 1930s in search of a better future for the children.

Dilip Kumar went to Pune during the early 1940s where he began operating a canteen. He supplemented his income by supplying dry fruit.

Dilip Kumar happened to meet actress Devika Rani and her husband Himanshu Rai in 1943. Rai was the owner of Bombay Talkies and the husband-wife duo selected Dilip Kumar for playing the lead role in their film ‘Jwar Bhata’ which was released in 1944. During this time he acquired the screen name Dilip Kumar.

He starred as Sooraj in ‘Jugnu’ in 1947 which also had Noor Jehan and Shashikala in important roles. The film was a big hit and is noted for being the legendary actor’s first major hit.

After the success of ‘Jugnu’, Dilip Kumar was flooded with movie offers and appeared in several movies in 1948 including ‘Shaheed’, ‘Mela’ and ‘Anokha Pyar’ of which ‘Shaheed’ was a big hit.

He found his big breakthrough with Mehboob Khan’s ‘Andaz’ in 1949. It was a love triangle which also starred Raj Kapoor and Nargis. The movie went on to become the top grossing film ever made in India till then.

In 1955, he played the title role in “Devdas’, a love story in which Vyjayanthimala and Suchitra Sen played his love interests. His role as an obsessive lover who wastes away his life by drinking is often considered the epitome of the tragic lover.

He was again cast opposite Vyjayanthimala in the drama film ‘Naya Daur’ in 1957. The story was set against the backdrop of industrialization in post-independence India. The movie became a huge commercial hit.

After enjoying superstardom during the 1950s, he welcomed the new decade of the 1960s with a stellar performance in ‘Kohinoor’ (1960) as Yuvraj Rana Devendra Bahadur for which he won a Filmfare Best Actor Award.

Dilip Kumar's career faltered during the 1970s as newer actors like Rajesh Khanna and Amitabh Bachchan were beginning to gain in popularity. He appeared only in a few films like ‘Gopi’ (1970), ‘Sagina’ (1974), and ‘Bairaag’ (1976) which failed to do well at the box office. He took a hiatus of five years following this.

He made a successful comeback in 1981 with the multi-starrer ‘Kranti’ which had a large star cast consisting of Shashi Kapoor, Hema Malini, Prem Chopra, Shatrughan Sinha, and Paintal among others.

During the 1980s and 1990s he started playing roles that were more suited to his age. He appeared in numerous films as the father or grandfather of the young protagonists. His last film appearance was in ‘Qila’ in 1998 in which he played dual roles.

One of the best known works of Dilip Kumar is his movie ‘Devdas’ which is a love triangle revolving around the doomed love of Devdas and Paro. The movie won him a Filmfare Award and was ranked among the Top 25 Must See Bollywood Films by Indiatimes Movies in 2005.

His film ‘Kohinoor’ in which he acted opposite Meena Kumari was a rare film where he played a light-hearted role. The movie is famous for its funny scenes and Dilip Kumar won a Filmfare Award for his role.

‘Ram Aur Shyam’ a film in which he played the dual roles of twin brothers who are separated at birth and reunited later on is a very famous film which has inspired several remakes in Hindi films.

Dilip Kumar was the recipient of eight Filmfare Best Actor Award—a record for the highest number of awards which he shares with Shah Rukh Khan.

He was honoured with the Padma Bhushan, the third highest civilian award in India by the Government of India in 1991.

He received the Filmfare Lifetime Achievement Award in 1993.

Dilip Kumar was in a romantic relationship with actress Madhubala but had to end it as her father was opposed to their marriage.

He married the much younger actress Saira Banu in 1966; he was 44 and she was 22 at the time of their marriage.

He had a second marriage with Asma in 1981 but the marriage was short-lived and ended in a divorce in 1983.

Dilip Kumar died on 7 July 2021, at Hinduja Hospital in Mumbai, at the age of 98. He was suffering from prostate cancer.

Dilip Kumar went into a depression after playing several tragic roles and was advised by his psychiatrist to play light hearted roles.

He held the Guinness World Record for the maximum number of awards won by an Indian actor.

See the events in life of Dilip Kumar in Chronological Order 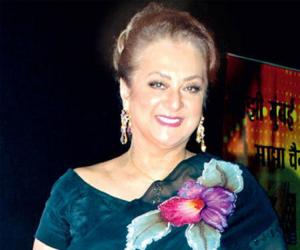