Advanced Search
Varun Dhawan is a popular Indian actor best known for his role in the crime thriller ‘Badlapur.’ He is the son of renowned filmmaker David Dhawan who has directed hit films, such as 'Bade Miyan Chote Miyan' and 'Mujhse Shaadi Karogi.' Born in Mumbai, India, Varun began his career as an assistant director in the film 'My Name is Khan.' He made his acting debut, playing one of the main roles in the romantic comedy 'Student of the Year.' The film was a huge commercial success, and it earned Dhawan a ‘Filmfare’ nomination for ‘Best Male Debut.’ His popularity increased with his appearance in the film 'Main Tera Hero.' In the film, he portrayed a spoilt young guy who relentlessly pursues a girl in his college. The film did well commercially. The following year, he received a ‘Filmfare’ nomination for ‘Best Actor’ for his role in the crime thriller 'Badlapur.' The film can be considered as his best work so far. He was then seen in the comedy film 'Judwaa 2' where he played dual role. Apart from acting, Dhawan has also hosted award ceremonies. In his career so far, he has won several awards, such as the 'International Indian Film Academy Award' for his comic role in the film 'Main Tera Hero.' Vir Das
DID WE MISS SOMEONE?
CLICK HERE AND TELL US
WE'LL MAKE SURE
THEY'RE HERE A.S.A.P
Quick Facts

See the events in life of Varun Dhawan in Chronological Order 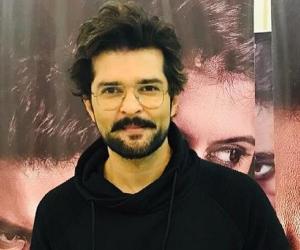