Stirling Moss was a British car-racing legend, also known as “the greatest driver never to win the World Championship.” Born into a family that often participated in motorsport-racing events, Moss was naturally expected to develop an interest in the sport. He started racing at the age of 18, and by his first retirement in 1962, he had established himself as one of the best rallyists in the history of motorsports. During this period, he had won 212 of the 529 competitions, including the ‘Grand Prix,’ long-distance rallying, and sports-car races. Between 1955 and 1958, he became the championship runner-up four times, while in the following three seasons, he was placed third. Jessi Combs
DID WE MISS SOMEONE?
CLICK HERE AND TELL US
WE'LL MAKE SURE
THEY'RE HERE A.S.A.P
Quick Facts

See the events in life of Stirling Moss in Chronological Order 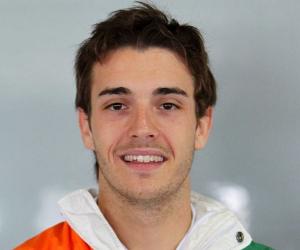