Steve Nash is a Canadian former basketball player who played in the ‘National Basketball Association’ (NBA). With a humble beginning as a university level player, he was not considered talented enough to make it big in the world of sports. However, Nash proved everyone wrong with his outstanding performance while playing for the ‘Phoenix Suns.’ The fact that he was included in the list of ‘100 Most Influential people’ by ‘Time’ bears testimony to the popularity of this great sportsman. He is a proud recipient of the MVP titles and has played for teams like the ‘Los Angeles Lakers’ and ‘Dallas Mavericks.’ He is known for his calm and humorous personality and is often found poking fun at his contemporaries. Nash, who likes to stay away from the limelight, is also a philanthropic individual with a charitable organization of his own. He endorses several campaigns and has been involved with other charitable organizations as well. He is also a passionate filmmaker; he surprised everyone at the ‘Toronto Film Festival’ with a documentary on Canadian athlete Terry Fox, which he co-directed with his cousin Ezra Holland, a filmmaker. Laeticia Amihere
DID WE MISS SOMEONE?
CLICK HERE AND TELL US
WE'LL MAKE SURE
THEY'RE HERE A.S.A.P
Quick Facts

Steve Nash was born Stephen John Nash on 7 February 1974, in Johannesburg, South Africa. He was brought up in Canada, after his family moved there permanently. As a child, he played soccer and ice hockey. When he grew up, he became passionate about basketball.

He attended ‘Mount Douglas Secondary School’ in Saanich, British Columbia, but later joined ‘St. Michaels University School’ where he participated in basketball, soccer, and rugby. In the final year of his school, he led his school team to victory in the British Columbia AAA provincial championship. 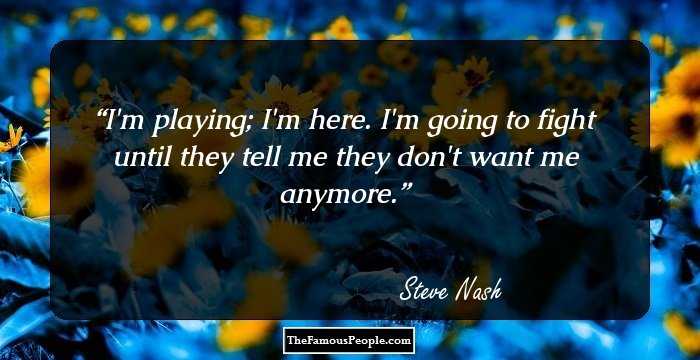 He went to ‘Santa Clara University,’ and played for his college in the NCAA tournament, where he was the first freshman to be named the ‘Most Valuable Player.’ In 1996, after graduation, he was selected by the ‘Phoenix Suns’ during the first round of the 1996 NBA Draft.

He played with the ‘Phoenix Suns’ for two years. After the 1998 NBA Draft, he went on to join the ‘Dallas Mavericks.’

For a brief period, his performance went down a little. Nash, who was a free agent after the 2003–04 season, signed with the ‘Phoenix Suns’ once again for the 2004–05 seasons.

Nash announced in July 2014 that the 2014–15 season would be his last. On 23 October, less than a week before the start of the 19th year for Nash in the NBA, he was ruled out for the season due to a recurring back injury.

On 21 March 2015, Nash announced his retirement from playing. The same year, it was confirmed that Nash would take on part-time consulting duties for the ‘Golden State Warriors.’

Nash landed the role of a senior advisor and was succeeded as general manager by Rowan Barrett, his former national teammate, on 5 March 2019. 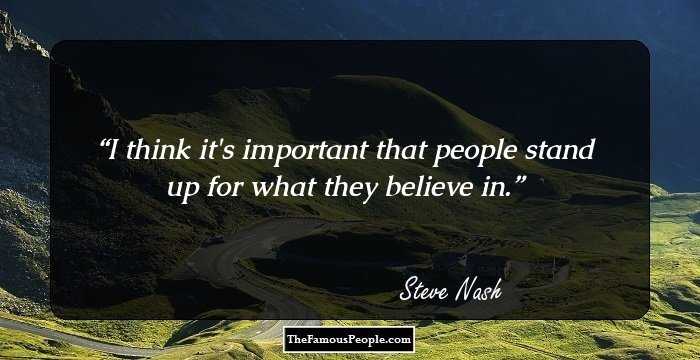 In 1993, Nash played for the Canadian national basketball team and won a bronze medal at the ‘Canada Games’ and a silver medal at the ‘World University Games.’

In the 2004-05 season, Nash became the first Canadian to receive the ‘National Basketball Association Most Valuable Player’ for being the best performer of that season.

In 2007, he was honored with the ‘Order of Canada,’ the highest civilian honor in Canada. He was also inducted into the ‘Canada's Walk of Fame’ in 2008.

Nash was inducted into the ‘Basketball Hall of Fame’ on 7 September 2018.

Personal Life & Legacy
Nash married his girlfriend Alejandra Amarilla in June 2005 and the couple has two daughters, Lola and Bella.

The couple also has a son. On the day of his son’s birth in 2010, the basketball player announced his separation from his wife.

Nash has a younger brother named Martin Nash, who is a former soccer player. His sister Joann also plays soccer.

Nash is the founder of the ‘Steve Nash Foundation,’ a charitable organization for children. Apart from this, he is also involved with ‘GuluWalk,’ a non-profit organization that raises funds for the war-affected children of northern Uganda. 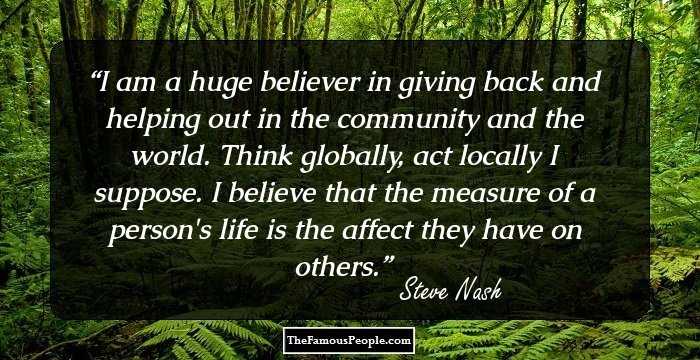 Though this impressive Canadian former professional basketball player is 6 feet 3 inches tall, he was considered short for the sport.

This famous Canadian basketball player co-directed a documentary on amputee runner Terry Fox. Titled ‘Into the Wind,’ the documentary was featured at the ‘Toronto International Film Festival.’

See the events in life of Steve Nash in Chronological Order 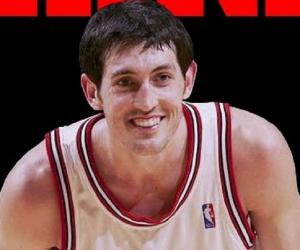